There is a bigger story behind every NHL team than what we see firsthand. The Stars recently released their offseason video, On Headset In-Game With the Dallas Stars Coaches, giving fans a technical perspective of the game behind-the-bench. Depending on their duties, most coaches have some NHL experience. Alternatively, others began their careers in the front office. So, what history and skills made the Stars’ coaches ideal to fulfill their respective duties?

The current Stars staff has more connections than meet the eye. Here, we take a look at the Dallas Stars coaches, and how they fit into the big puzzle Jim Nill is piecing together.

Working behind the scenes, Stars Video Coach, Kelly Forbes, uses live and recorded video to break down the team’s play during and after games. Following a cardiac event, retired Stars forward, Rich Peverley, assisted Forbes and the coaching staff by providing an aerial perspective from the press box. By sharing their multi-directional context, Forbes and Peverley facilitate better on-ice communication between coaches and players.

Forbes developed a versatile sports background following his initial broadcast internship with the Stars organization. While he worked in television for a wide range of major league sports, Forbes also played hockey at the University of Oklahoma for three years. He has worked with the Stars as a video coach for the past six years, and provides valuable insight that transcends the ice-level perspective.

As the newest addition to the Stars’ coaching team, Goalie Coach, Jeff Reese, moved to Dallas from the Flyers organization. Drafted by Toronto in the fourth round of the 1984 NHL Entry Draft, Reese spent 11 seasons in the NHL. When the Stars’ former Goaltending Coach, Mike Valley, took a development role with the organization, Reese proved a natural choice.

Reese found himself on the Maple Leafs, Flames, Whalers, Lightning, and Devils rosters before beginning his coaching career with Tampa Bay in the 2001-02 season. By 2004, Reese won the Cup with the Lightning as an assistant coach to John Tortorella. In 2009, Reese joined the Flyers coaching staff as a goalie coach, remaining with the organization six seasons before heading to Dallas in 2015.

Currently, Reese holds the record for the most assists and points tallied by a goaltender in a single game with three points. However Reese’s career points only amount to 10 assists. While Reese cannot be called an offensive goaltender, it’s clear that he did not fear playing the puck.

With Kari Lehtonen the highest scoring goaltender currently active in the NHL, Reese’s hiring is no surprise. Following Martin Brodeur’s retirement, Lehtonen remains one of the few puck-playing goalies left in the league, and Reese’s more conservative style will prove beneficial. A former goaltender who understands the Finnish veteran’s offensive tendencies, but teaches greater restraint will be a solid fit as a coach for both Lehtonen and the newly acquired Antti Niemi.

Former NHLer, James Patrick, was quite the offensive, puck-moving defenseman during his time with the New York Rangers. Patrick played 21 straight seasons in the NHL, changing hands between the Rangers, Whalers, Flames, and Sabres from 1983 to 2004. The Rangers chose Patrick ninth overall in the 1981 NHL Entry Draft, keeping him until his tenth season with the team. At his peak, Patrick scored 17 goals and 45 assists in 78 games during the golden age of scoring, otherwise known as the 1987-88 season. With time, Patrick mellowed into a solid, all-around defenseman, scoring fewer goals, but playing his position effectively.

Patrick came to Dallas in 2013 as a former member of Lindy Ruff’s staff in Buffalo. Not only has Patrick worked alongside Ruff, but he played next to him as a Ranger, and under the head coach during the Assistant Coach’s final professional seasons with Buffalo. As a result, Ruff saw enough of Patrick’s defensive skill and insight to put him in charge of the team’s burgeoning core.

Dallas Stars Assistant Coach, Curt Fraser, has coached over 1000 games at multiple levels, including serving as the Atlanta Thrasher’s first Head Coach. Throughout his 11 years playing in the major league, Fraser scored 39 power play goals out of the 193 tallied across his career with the Canucks, Blackhawks and North Stars.

Fraser has run the Stars’ power play since former Head Coach, Glen Gulutzan’s last season with the Stars in 2013. Over the last two seasons, Fraser took the brunt of fans’ blame for the slow movement and dwindling shot totals on the man-advantage. During all struggles within the Stars organization, however, Nill preaches patience. The organization is dedicated to maturing players and coaches alike. While fans should not expect to see an abrupt coaching change, they can bank on Nill re-evaluating the assistant coaching position in the same way he reassessed the goaltending situation this summer. Within the Stars organizations, changes first occur internally, rather than externally.

Aside from his power play prowess, Fraser was known as quite the ruffian in his NHL days. Though the winger posted plenty of goals, he also tallied his fair share of penalty minutes and fights. Fraser fought some big opponents like Bob Probert, making a name for himself in more than one arena.

In his heyday, Ruff was known for rough play, and that intangible, statistical nightmare known as “grit.” If anything, Ruff understands players who walk a fine line. He understands Antoine Roussel’s frustration with being benched for a style of play that was standard more than 30 years prior. He even understood Ryan Garbutt’s rough play and the need to clean up his act for the good of both the player and team. After all, Ruff is the former Sabre who laid out Billy Smith for a swift poke in the eye during Game 6 of the 1980 semifinal.

However,  during his NHL years, Ruff was a consistent two-way player who skated at both defense and left wing as a defensive forward. Among Sabres fans, Ruff was known not for scoring goals, but as a grinding character player whose presence proved valuable on and off-ice.

As a coach, he displays the same versatility. Adaptation is the name of Ruff’s game, but playing consistently inconsistent has both its benefits and drawbacks. While the Stars’ energy creates a buzzing arena atmosphere that fills seats, imbalance lead to high scoring games, both for and against the Dallas team, throughout the 2014-15 season.

There is something intriguing about a season with terrifying lows, dizzying highs, and creamy middles, but it does not bring the team any closer to their end goal of winning the Cup. Come October, the Stars blue line will return from their offseason development with greater maturity, and Lehtonen will have reliable support in net thanks to Niemi. Ruff will have better tools to work with in the 2015-16 season, and he already possesses the “adaptability” to grow with a young, shape-shifting team. 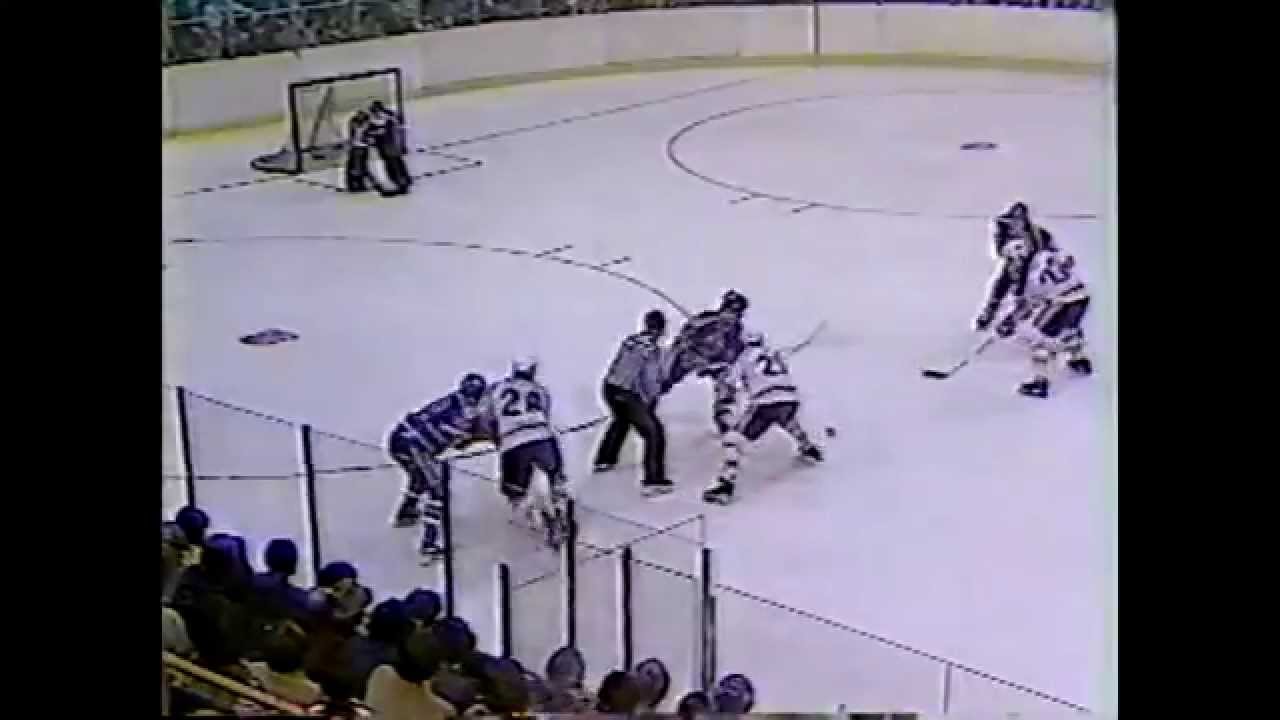 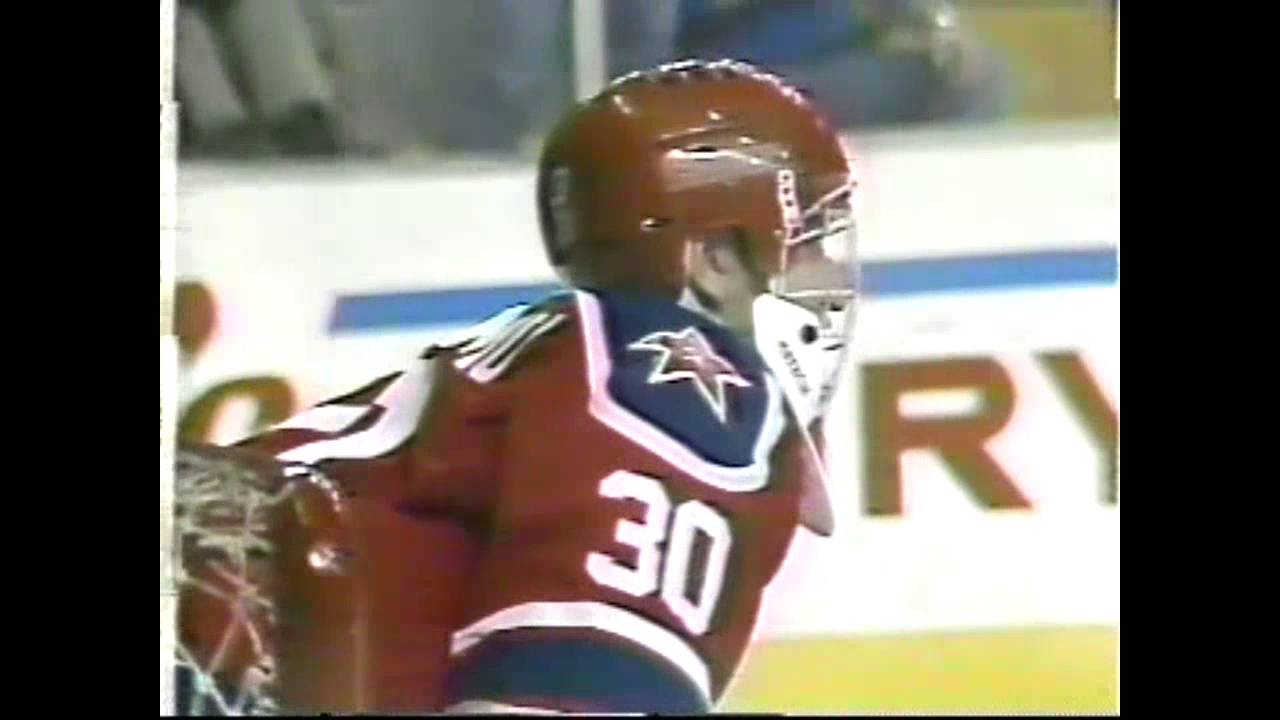 Though he is not a coach, Nill has made a significant impact on the Stars organization since summer 2013. The former St. Louis Blues draftee has risen from NHL scout to General Manager, as the result of making valuable and sensational additions to the Detroit Red Wings system. Now that Nill is with the Stars, he has built a well-designed pyramid of talent, from the forwards to the goalie.

Following the abbreviated 2013 season, Nill focused on bringing in a few top-notch talents who had experience in the finals. He ended up trading a waning Loui Eriksson, and waxing Riley Smith for Rich Peverley’s stable talent, and Tyler Seguin’s raw, unharnessed skill.

In 2014, Nill continued to add veteran talent up front by signing Jason Spezza and Ales Hemsky in the offseason. Meanwhile, the GM continued to develop the Stars’ young blue line in both Cedar Park and Dallas, staying true to his Detroit roots.

By 2015, Nill made more moves to build the Stars out at both the front and back ends. Trading a fifth round draft pick for Antti Niemi’s rights, Nill created a goaltending tandem between Niemi and Lehtonen that will function both competitively and cooperatively. Nill later added veteran Blackhawks Johnny Oduya and Patrick Sharp to complete the staid trifecta of Stanley Cup-winning experience. These pickups are a peek into Nill’s elaborate plan to foil Dallas’ most frustrating Central Division foe. If the Stars want to beat the Blackhawks, they have to think like them, and veteran mentorship is a step in the right direction.

Dallas Stars Coaches Are the Team Behind the Team

When a new General Manager takes the wheel, they will likely clean house to instate their own staff. With their arrival in 2013, Nill and Ruff made educated decisions to maintain certain fixtures of the Dallas Stars coaching crew. While they maintained a relationship with Forbes, Fraser, and Valley, their decision to add Patrick, and later Reese, reflected both their own playing experience, and the team’s projected growth. The Stars’ swift, offensive blue line is no fluke. It reflects Patrick’s own playing style in his NHL days. As a strong power play scorer during his prime years, Fraser’s playing and extensive coaching experience made him an ideal holdover within the organization. As for Ruff, he reflects the team’s heart, versatility, and two-way game.

The path these coaches took through their playing days easily reflects the road the Stars will travel as the team matures. Those frenetic, young blue liners have time to stabilize into a strongly defensive core. The power play will evolve, and the scrappy fan favorites will someday mellow with age, providing their insight to a new core of feisty young players. What we see in these coaches is likely what we will find in later years, that is, until the winds change.