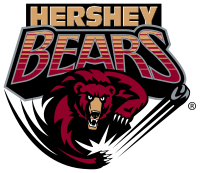 As the frustration continues to build on both sides of the National Hockey League lockout, players are looking for employment elsewhere. Some are wearing temporary sweaters overseas, while others have decided to skate for their American Hockey League affiliate, granted they were given the chance to do so.

Mandatory rules of having to become a temporary employee during the NHL work stoppage are non-existent. You are on your own. The players who are under a contractual agreement temporarily though, will be able to work on their game at some kind of professional level and be as ready as possible if and when an agreement is reached. Ideal, especially for players looking to crack a parent club’s lineup for the very first time.

From a coaching standpoint, numerous bench bosses around the NHL have offered their expertise at the AHL level while waiting on the labor issues to be resolved. Washington Capitals Head Coach Adam Oates will do just that and more. Without having the ability to communicate with players under contract in the Nation’s Capital, such as Alexander Ovechkin, Nicklas Backstrom and Mike Green, Oates will focus his attention on the Hershey Bears of the American Hockey League. The Capitals top minor league affiliate.

The Westin, Ontario native has joined the Bears coaching staff as co-coach along side Head Coach Mark French. French has coached the Bears for the past three AHL seasons.

As a first time Head Coach, Oates will utilize his time in Hershey to familiarize himself with the Washington Capitals organizational depth chart.

“Obviously, some of our players are down here and to be a part of the organization that I just joined, I thought it made perfect sense,” Oates said this week when addressing the media in Hershey.

Perfect sense indeed, as Oates will not only be able to identify and get to know players on the bubble in the Caps system, he will have the opportunity to get to know his own staff  who will be joining him behind the bench eventually at the Verizon Center. Joining Oates, are assistant coaches  Calle Johansson, Tim Hunter, Blaine Forsythe, goaltending coaches Dave Prior and former Capitals net minder Olie Kolzig. Oates’s staff will assist with Hershey and the Reading Royals of the ECHL.

“I think we are looking forward to it,” said Capitals Goaltender Braden Holtby when addressing the additional coaching support. “I think everyone can learn from having more voices and more opinions and more experience.”

Oates will not only lend his expertise in Hershey, he will assist in installing a new system, which he plans on using in Washington when the time comes.

While it’s certainly a different way to begin your career as a Head Coach in the National Hockey League, Adam Oates and the Washington Capitals organization will benefit greatly from time well spent during the NHL Lockout.