The Tampa Bay Lightning may have a problem in the not-too-distant future. It’s not a bad problem, either.

Ben Bishop has cemented himself as a perennial NHL starter during his short tenure in Tampa, finishing as a Vezina Trophy nominee last season (his first as a No. 1 netminder). He posted similar numbers in 2014-15, but, more importantly, he has helped his franchise reach the Stanley Cup Final for the first time since 2004.

He’s been good enough at times, while other times he’s been flat-out spectacular. One would think that the future in net for the Lightning rests in the 28-year old’s hands.

The 19th overall pick in the 2012 NHL Entry Draft, Vasilevskiy has done nothing but succeed in all levels of professional hockey. He won a World Championship title with Russia in 2014; he went 14-6-5 with the AHL’s Syracuse Crunch earlier this season. He even shined at the NHL level, posting a 7-5-1 record, .918 save percentage and 2.36 GAA in 16 appearances with the Lightning this season.

Recently, he stepped in to Game 2 of the Stanley Cup Final and seemed as cool and collected as any veteran NHL goaltender. He stopped just five shots in under 10 minutes played, but he secured his team’s win to even the best-of-seven series at one win apiece.

Bishop, who was said to have exited with an unknown injury, is expected to return to the crease if he is healthy for Game 3, but what does next season hold for the Tampa goaltenders? What about the season after that?

It’s difficult to comprehend that a recent Vezina finalist and goaltender who led his team to the final series could possibly be on the outs within a few seasons. Bishop has excelled in his position and deserves no ill will from his club. However, Vasilevskiy’s skills cannot be ignored.

Teams rarely are in the position in which the Lightning find themselves; two solid netminders who are worthy of the starting job on a nightly basis. If Lightning management opts to retain both goaltenders for the coming future (both will see their contracts expire in 2017; Bishop will be a UFA while Vasilevskiy will be an RFA), they will have no worries switching goalies mid-game if need be. Game 2 was proof of this.

However, if the Lightning were to make one of their netminders expendable, they could see a large return to bolster the offense or defense. Imagining a Tampa squad with even more firepower, while not losing a step in the goaltending department, makes the Florida team a terrifying opponent for years to come.

Prepare for Game 3 and find out what’s going on around the NHL in today’s headlines:

The stars of the Final are yet to make an impact. [Salt Like Tribune] 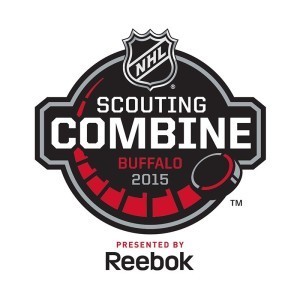 The NHL’s competition committee is looking to cut down on shot blocks. [Sportsnet.ca]

The NHL and KHL are reportedly closing in on a transfer agreement. [NBC Sports]

The Capitals will look to add depth to their blue line at the Draft. [Stars and Sticks]

Why trading Rick Nash to the Blues won’t solve anything for either team involved. [Today’s Slapshot]