Apparently, Sidney Crosby and Alex Ovechkin aren’t among the top 150 players in the NHL. Okay then. [Washington Post]

What’s wrong with Rob Scuderi? Other than the fact that he’s old, slow and overpaid. [Pensburgh]

What to do with Todd Nelson. [Oilers Nation]

The St. Louis Blues are keeping Ken Hitchcock around for at least another year. [ESPN]

You had to know Don Cherry would find a way to criticize P.K Subban. [National Post]

The Bruins have no answer for him. [Boston Globe]

Tukka Rask hasn’t looked himself against the Habs. The Bruins need that to change in a hurry. [Boston Herald] 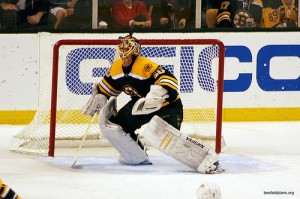 Joe Haggerty might be a bit of a homer. [Weei.com]

How would Barry Trotz look behind the bench in Carolina? [Canes Country]

The Ducks are hoping home-ice is no advantage for the Kings. [CBC]

Their real problem is the fact that Jonathan Quick has returned to his Conn Smythe form. [Toronto Sun]