You can excuse the Vancouver Canucks if they weren’t doing cartwheels over the NHL’s new alignment of divisions and conferences. Vancouver owned the Northwest Division under the old plan, winning the last five division crowns and taking six of the last seven. They simply ruled the Northwest.

Those days are over now.

So how do the Canucks stack up against their new Pacific Division friends? They join the Anaheim Ducks, Calgary Flames, Edmonton Oilers, Los Angeles Kings, Phoenix Coyotes and San Jose Sharks in the new set up this year.

Needless to say, this division will be tougher for the Canucks to walk through.

Salad Days Are Over

With out a doubt the Canucks got fat on the Northwest over the past few years. Their old division rivals rarely put up much of a fight and allowed the Canucks to finish with no lower than a third seed the past five seasons. Last year the Canucks won the division again – thanks to a 11-6-1 division record. Despite struggling offensively they were second in the Northwest in goals scored — trailing the Flames by one goal.

Last year the Northwest was the whipping boy for most of the teams out West and Vancouver benefited.

Conversely, the Canucks went 5-4-1 against the old Pacific Division — which consists of the same clubs with the exception of Dallas. Vancouver’s 127 goals forced would have been good enough for fourth in the division. The Canucks were the Northwest’s best defensive club, yielding only 121 goals — a total that again would put them fourth in last year’s Pacific.

Vancouver’s inconsistent offense will miss all the games with Colorado who were one of the worst defensive clubs in the NHL last year.

Vancouver didn’t necessarily get pushed around by their new division rivals, but they didn’t walk all over them either. They fared the best against the Kings going 2-0-1 against Los Angeles. They dropped two to the Ducks and could only muster one loser point against the Sharks — who went on to sweep them in the first round of the playoffs. 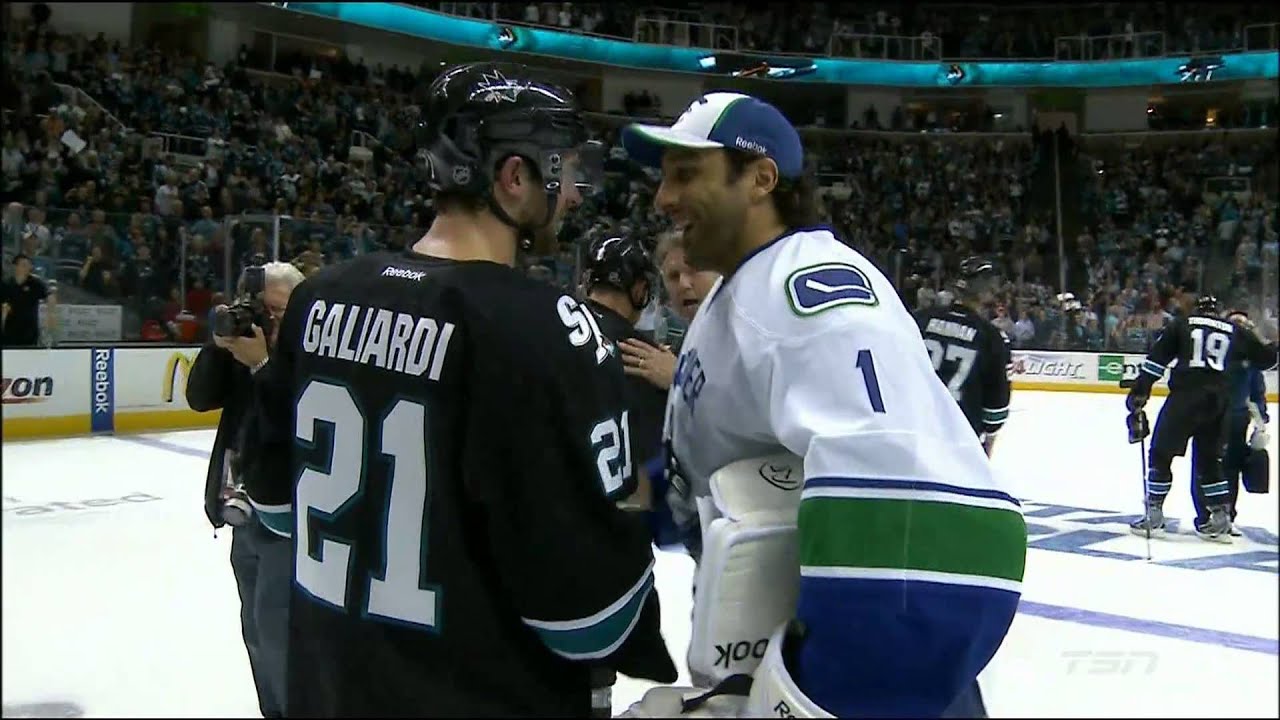 How will the new division affect Vancouver’s playoff chances?

Last year’s 59 points would have tied them in second in the division – seven points behind the Ducks, tied with the Kings and two points ahead of the Sharks. Can Vancouver hang with those teams this coming year — now that they have to play them five times each?

Obviously that will be determined by a great number of factors. Was the Ducks’ season last year for real or was it a lock out fluke? Do the Sharks have the right mix of older players and younger stars? What about the Kings and an always tough to play against Dave Tippett coached Phoenix squad. Surely these teams will put up more of a fight for the Canucks than Colorado and Minnesota did.

The teams in the Pacific Division, new and old, all have a similar calling card. Tough, physical defense. Scoring goals came at a premium in the division last year and it appears that it will be the same again. Vancouver can play defense as well, which bodes well for them — but can they get enough scoring? They won’t need to recreate the offense they had in 2010-2011 but will need more consistency.

At the end of the day the Canucks have their work cut out for them in the new division. Long gone are the days of penciling in a Northwest Division title and home ice advantage in the first round. This season will be a dog fight for the Canucks from day one — something they haven’t had to worry about for five years. Will that keep them engaged more than they were the last two seasons? Will John Tortorella squeeze enough grind out of them to compete with the Kings and Sharks?

It will take the season to play out for us to find out. One thing we can count on is that this year the Canucks playoff prospects will actually come down to the wire next spring.

The NHL regular season schedule was released on Friday. Check out our partners at TiqIQ for the best deals on Vancouver Canucks tickets for all 2013-14 games.