It is no secret that the National Hockey League thrives on elite, young talent. In fact, some of the best players in the NHL today have an incredibly low amount of playing experience at hockey’s highest level. Highlighted by Connor McDavid, the likes of Jack Eichel, Dylan Larkin, Johnny Gaudreau, Nathan MacKinnon, Aaron Ekblad and Morgan Reilly are just a select few players which comprise the League’s most recent youth movement.

In 2016-17, the NHL will receive yet another injection of highly skilled young players, perhaps the most abundant and rich of which in recent history. Look no further than the first overall selection in the 2016 NHL Entry Draft, Auston Matthews. In addition, there is also Patrik Laine, Dylan Strome, Mitch Marner, Ivan Provorov, Kyle Connor, Sebastian Aho, William Nylander and Jimmy Vesey, among others, which will surely vie for the Calder Trophy as the League’s top rookie.

However, lost amongst the incredible number of highly talented young players set to enter the NHL this season is Zach Werenski, a budding defenseman set to establish himself with the Columbus Blue Jackets in 2016-17.

A History of Success

Given the incredible rookie class set to hit the ice this coming NHL season, it is difficult to truly identify one player who could stand out amongst the rest. With four top-five overall draft selections set to begin their careers in 2016-17, the Calder Trophy truly is up for grabs.

Enter, Werenski, a strong, sizeable, and offensively gifted blueliner who was selected 8th overall by the Blue Jackets in the 2015 NHL Entry Draft.

Werenski first began to turn heads during his time playing with the U.S National U17 Team in the United States Development Program (USDP). As a 16-year-old, Werenski netted seven goals and 31 points in 47 games played before being added to the U18 roster for four games, during which time he scored one goal.

In 2014-15, Werenski committed to and made the jump to the NCAA, playing for the University of Michigan. As a Freshman, Werenski scored an impressive nine goals and 25 points in just 35 games played. His stellar campaign led to him being named not only to the NCAA All-Rookie Team but also the First All-Star Team.

Werenski followed up his sensational Freshman season by dominating the NCAA as a Sophomore. Not only did he score 11 goals and 36 points in his 36 games played, but he was also named the NCAA’s Defensive Player of the Year en route to a National Championship with Michigan. Werenski’s solid play led to him being selected to the American World Junior Championship roster for the second consecutive season, only this time, he was named as Captain of the team.

Following his dominant NCAA season and success at the 2016 WJC, Werenski signed a three-year entry-level contract with Blue Jackets. The deal allowed the budding defender to begin his professional career with Columbus’ AHL affiliate the, Lake Erie Monsters.

It was with the Monsters where Werenski exploded, with his play being regarded as one of the most promising and sensational in the Nation. Although he scored just one goal in seven regular-season games with Lake Erie, Werenski went off during the Monsters’ playoff run, netting five goals and 14 points over his team’s 17 games played and was essential to the Monsters’ Calder Cup championship.

In fact, he helped contribute to the overtime, championship winning goal: 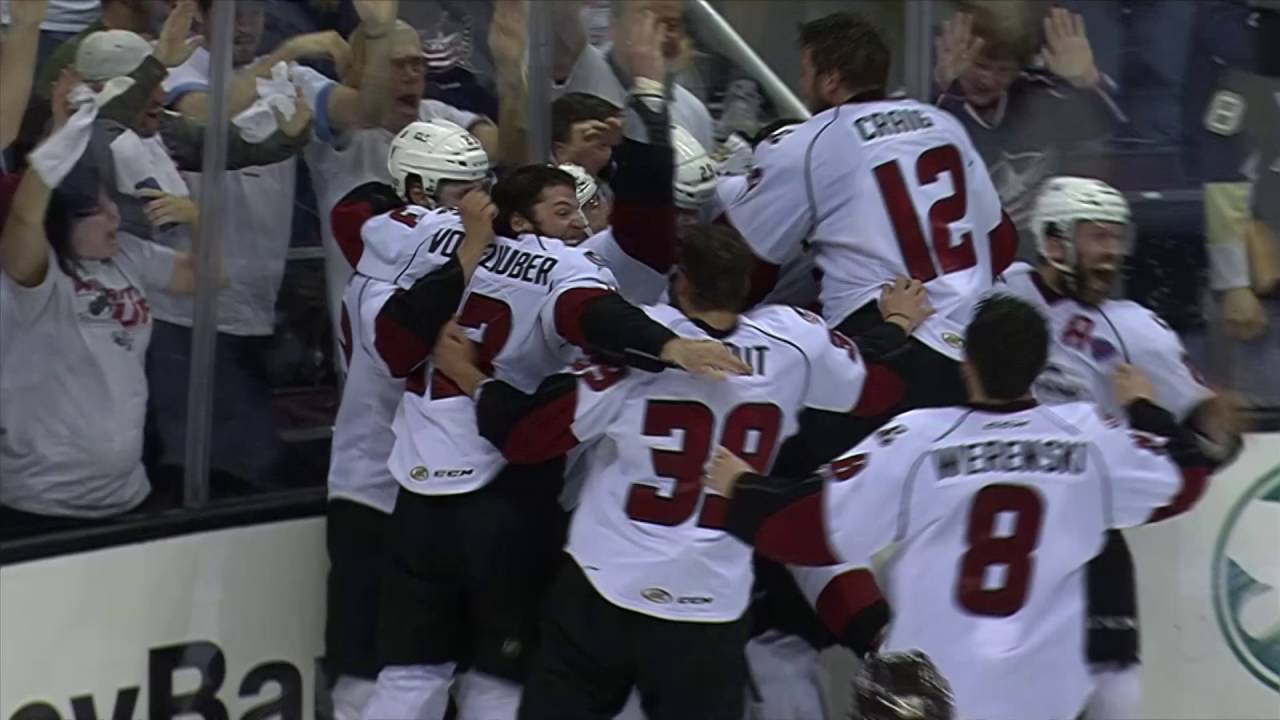 Best of the Best?

A gifted, smooth skating defender, Werenski’s game is of such incredible quality due to his ability to understand and anticipate the play before it unfolds. It is his vision on the ice which allows Werenski to position himself well defensively, or to jump up in the play as an additional offensive threat. When combined with his agile skating and high level of mobility, Werenski is able to navigate the ice with relative ease and is able to be a complete threat at both ends of the ice.

In addition to Werenski’s remarkable skill-set is his ability to play in all situations at a consistent pace. Whether it be the power play or penalty kill, Werenski has the uncanny ability to defy the pressure of a given situation and put forth a strong, unwavering effort.

Well, given his excellent track record in multiple levels of hockey throughout his relatively short career to date in combination with his exemplary skill set and continually improving game, it should come as little to no surprise to comprehend the fact that Werenski could be the best player to enter the NHL this season.

While he will have to best the likes of Matthews, Laine, Strome and Marner in order to do so, Werenski, a towering defender at 6’2″, 210 pounds, will have no shortage of defenders to help guide his game at the NHL level, as Seth Jones and Ryan Murray, two young defenders in their own right, will surely help Werenski excel with Columbus this coming season.

Like Shayne Gostisbehere did with the Philadelphia Flyers in 2015-16, a season of tremendous offensive production could see Werenski become a serious candidate for the Calder. Yet, there is one major difference between the two, as Werenski, alongside his offensive upside, is just as well known for his shutdown defense, a factor which could tip the scale in the Grosse Point, Michigan, native’s favor.