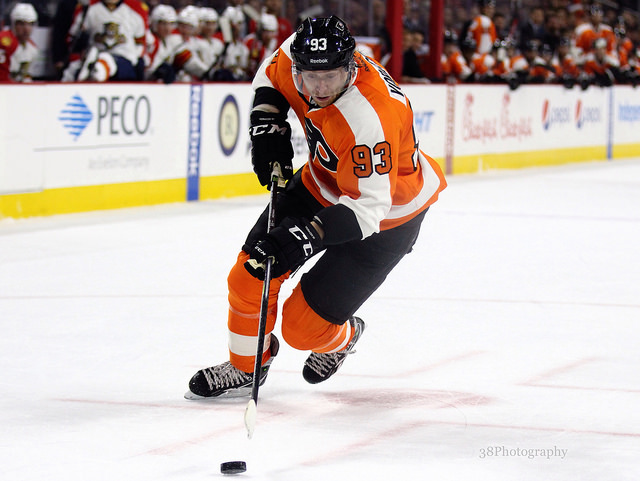 The tale of Jake Voracek’s 2015-16 season is one of disappointment and frustration. Much was expected from him on the heels of finishing fourth in the NHL in scoring with 22 goals 81 points in 2015.

However, that just wasn’t the case for him this past year. Throw in a slow start and a slew of injuries throughout the season and the results of Voracek’s performance left much to be desired.

Let’s delve in deeper as to what caused the dip in Voracek’s play in this year’s campaign.

Perhaps the expectations heading into the past season were just far too high for Voracek to reach. After all, he did finish 4th in the entire NHL in points in 2014-15 with 22 goals and 81 points. 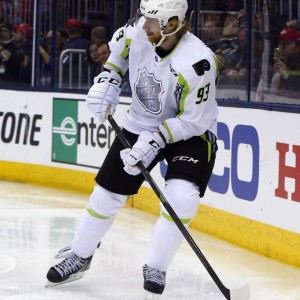 Voracek reached true superstar status in 2014-15. In fact, he was leading the entire league in points at the time of the 2015 NHL All-Star Game with 17 goals and 56 points in 48 games. Oh, and in said all-star game, he shined with a six point performance.

The sky was the limit for Voracek in 2014-15, he was a dominate force in almost every game played and looked like the Philadelphia Flyers had a true 1-2 superstar punch in himself and Claude Giroux. So what changed?

In the summer of 2015, Ron Hextall saw fit to lock up his newly established superstar to a contract extension even though Voracek still had a year left on his remaining deal.

The result, a big-time eight year deal worth 66 million dollars. Big-time money for a big-time player, or so Ron Hextall thought.

Perhaps on the weight of being one of the most dominate players in the league the season prior and the pressure of signing of contract paying one like so, had him gripping his stick a bit too tight to start the 2015-16 season.

Everything that went right for Jake in 2014-15 went wrong for him to start the 2015-16 campaign. Through the first 12 games of the season, Voracek had only four points, all assists. In fact, Voracek didn’t net his first goal of the season till the 17th game.

At the time of Voracek’s first goal, which came in a 3-2 overtime win against the Carolina Hurricanes, the Flyers improved to just a measly 8-12-3 on the season. The Flyers were struggling for offense and not winning games a result, and Voracek was one of the main reasons. 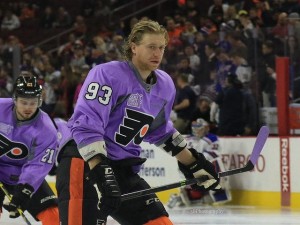 It wasn’t all doom and gloom for Voracek in 2015-16. Once he finally got the monkey off his back with his first goal, the points started to come. Glimpses of the 2014-15 Voracek began being spotted on more of a nightly basis.

From the months of November through February, Voracek was back to his almost point-per-game pace with 45 points in the 50 game span.

However, that is when the season began crashing down on him. Right as he was consistently getting back to the superstar level the Flyers organization expected of him, he went down with a left ankle injury in late February. Coincidentally just when the Flyers as a team were hitting their stride too.

Voracek would go on to miss nine games but the Flyers didn’t miss a beat. They played some of their best hockey with him out of the lineup and went 7-1-1 in his absence.

At no fault to Voracek, the team as a whole were playing their best hockey when the calendar flipped to 2016 and it was a sign of their depth at forward which allowed them to continue playing so well after the ankle injury.

However, when Voracek returned, he was a shell of himself for the remainder of the season and carried his sub-par play into the playoffs.

Jake’s 2015-16 campaign was nothing short of a roller coaster ride. He struggled early, found his groove, only to eventually get injured. After that he was never physically able to get back to where he was and ended his season with many Flyers fans scratching their heads.

The fact that Voracek played at an elite level for 50 games and tallied up 45 points from November-February is an encouraging sign for the 2016-17 season. It shows when healthy, he is still one of the best in the game.

Ending the season with an ankle injury for a player whose game revolves around his speed and beating defenders off the rush is hard for any player to overcome, superstar or not.

The frustration is building for Jake Voracek. He said from his first game back he was surprised (not a good way) with his hands.

There will be no doubt that a fully healthy Voracek for the 2015-16 Flyers will return back to his elite ways. Ron Hextall sure hopes so, because this will be his first year of the eight year extension he signed that will be paying him as such.

"Jake Voracek at times looks unbelievable for #Flyers but then he disappears, he is one of greatest question marks in #NHL " Barry Melrose