Sometimes you want to go where everybody knows your name. It can be the cure for all that ails you. Right now, Patrik Laine is at home in Finland, where everyone knows his name. He’s accompanied by his teammates, who are in Helsinki for back-to-back games against the Florida Panthers as part of the 2018 NHL Global Series.

Laine has had plenty ailing him during the first tumultuous month of his 2018-19 campaign. However, the trip home could be the perfect opportunity for him to get back on track.

For someone who lost 15 pounds during the offseason, Laine doesn’t look very hungry right now. He has failed to find his footing this season, with just three goals, zero at even strength. The sniper has bounced up and down in the lineup — in fact, he’s played on every line through 12 games. He’s mainly played on the second line with Nikolaj Ehlers and Bryan Little, a line that started slowly but found some success during the Jets’ recent six-game homestand.

In a brief and unsuccessful experiment a little over a week ago, he played on his off-wing with Mark Scheifele and Blake Wheeler. On Oct. 26 against the Detroit Red Wings, he was moved down to the fourth line with Brendan Lemieux and Jack Roslovic. During Oct. 27th’s rematch against the Maple Leafs, he continued to play with Lemieux and Roslovic but also took shifts on a line with Adam Lowry and Brandon Tanev.

Laine is capable of much more. In his first two seasons, he tallied 36 and 44 goals, respectively. Whether he can reach or surpass the 50-goal plateau has been much discussed.

After the Jets’ season-opening game against the St. Louis Blues on Oct 4, the Winnipeg Free Press’ Andrew Berkshire called Laine a “unique talent” who “could be the first player to hit 70 since Alexander Mogilny and Teemu Selanne both did it in 1992-93,” (from ‘What’s Laine’s goal-scoring ceiling? Well, 70 isn’t out of the question’, Winnipeg Free Press, 10/5/18).

Laine’s Defensive Efforts Not Up to Snuff

In addition to his slow start offensively, the past month has been nightmarish for the 20-year-old from a defensive standpoint. Laine is hurting the Jets at 5-on-5. It’s alarming how little Laine’s defensive game has developed given he’s in his third NHL season. His inability to win battles along the wall is glaring and his exits have often been disastrous.

When he played on the off-wing against the Maple Leafs last Wednesday, his d-zone turnover immediately preceded a Kasperi Kapanen goal. In Saturday’s rematch, he failed to clear the zone twice in the first period: the first time, he attempted a high backhand clear that was easily held in and led to an onslaught of pressure from the Maple Leafs; a little after that, he had his pocket picked along the boards.

Again Patrik Laine with three chances to get a puck out of his own zone and couldn't get it done and it leads to an extended period of #Leafs pressure. On Wednesday a similar situation led to a goal against #NHLJets

Right now, Laine is a threat on the power play thanks to his patented blistering one-timer, but he’s a liability nearly everywhere else. He will forever be compared to the Maple Leafs’ Auston Matthews, as they went first and second overall in the 2016 NHL Entry Draft. Right now, though, who’s better isn’t even a question. Laine is one-dimensional compared to Matthews, who plays a dependable 200-foot game.

Homecoming Should Give Laine Extra Motivation

If Laine somehow lacks motivation and drive less than a year before he’s due for a lucrative new contract, that should change over the next two games. Helsinki is less than 200 kilometres from his hometown of Tampere, where he is revered to a Teemu Selanne-like level because of his outstanding skill, his time spent with Tappara, and his accomplishments in the NHL.

The Finnish phenom will have thousands of fans in attendance waiting with bated breath for something spectacular, and make no mistake, he’s pumped to play in his home country for the first time since 2016. Based on his recent comments, he has the desire and drive to do something special. 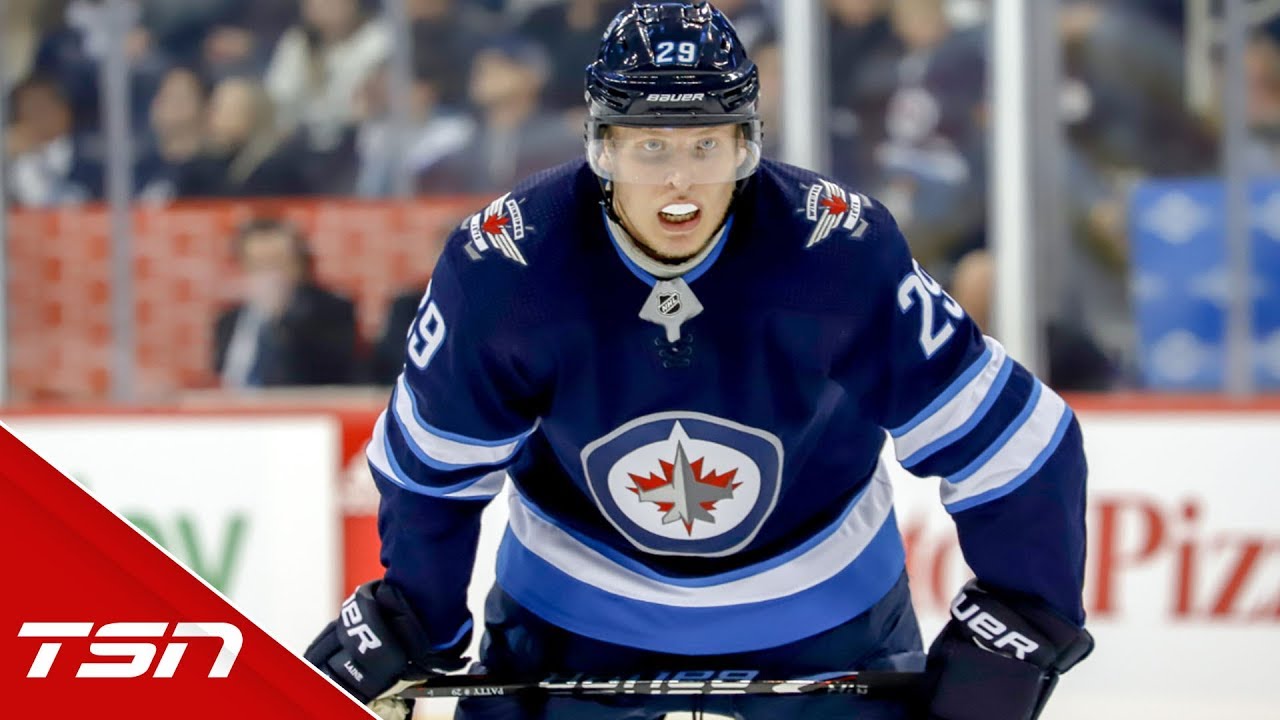 “I’ve been waiting for this since I heard we were coming to play here last year,” Laine told the Winnipeg Free Press’ Jason Bell. “It’s been the games that I’ve been waiting for since the season started. So, it’s awesome to finally be here and be able to be back home.”

“It’s obviously a dream come true to be able to play in the NHL and now to come to Finland and play,” he continued. “…to be one of those guys who comes here and inspires the kids, it’s an honour and I’ll try to do my job as well as I can,” (from ‘Laine relishes homecoming as Jets prepare for Global Series, Winnipeg Free Press, 10/28/18).

Even though Laine and the Jets — despite finding ways to win in October — are not playing anywhere close to their best hockey, Laine’s offensive production isn’t down much compared to last season. Through twelve games, Laine has three goals and two assists. Through 12 games in 2017-18, he had five goals and two assists. It’s his shooting percentage so far — 6.8 per cent — that’s a far cry from his career mark of 17 per cent.

Laine has always been tough on himself and uses it as motivation to improve. It was around this time a year ago that he famously quipped, while in the midst of a four-game pointless streak, “It feels like hockey is really hard right now” and “obviously I don’t have a lot of confidence.”

After saying that, he scored in five consecutive games.

Really, though, Laine is at his best when he’s having fun. He’s had some this week visiting his old stomping grounds and playing host to his teammates, who are taking in everything Finland has to offer. Cutting loose could help Laine get out of his head. Paul Maurice certainly thinks so:

“Sure, you get to show off a little bit,” Maurice said. “You’re playing in the NHL, you’re 20 years old and you get to bring your whole team over to your playground to show off in front of the other kids. It should be fun. I hope he has a great time here. What a wonderful experience for his whole family,” (from ‘Laine relishes homecoming as Jets prepare for Global Series, Winnipeg Free Press, 10/28/18).

If Laine can rise to the occasion and put something dashing on display over the next two games, the confidence he builds in the process could get him chugging along when the Jets return to North America.