Hello friends and welcome to the newest feature at the Hockey Writers.

As the tile suggests, this will be a daily (or as close to it as I can manage) look at your Toronto Maple Leafs. The goal of this feature will be to provide a place here at thehockeywriters.com where fans can keep track of, and weigh in on, the latest Leafs’ news and developments.

While there are many options for your Leafs’ blogging needs, I am confident that I will bring a fresh perspective not found elsewhere – if you’ve read my Leafs’ articles that have been appearing on this site for the last two years, then you know that’s true…….and feel free to insert a joke here about my lack of hockey knowledge, certifiable insanity or hackneyed abilities……because while I’ll be the writer and the curator of this page, you should know a that I don’t take myself too seriously: I have some ideas about hockey, but I’m always open to changing them when approached with new information, and I fully realize that laying out instant analysis for public consumption occasionally means you’ll publish an opinion or idea you’d like to have back.

My hope is that in this space we can be a little less formal and cover things at a faster pace, as well as become a truly interactive space for Leaf fans to voice their opinions and ideas.  As the writer, I’ll do my best to respond to all comments and Tweets sent my way.

So anyways, that’s enough about me, let’s get to talking about the team.

At first when I heard Robidas didn’t make the team, I was pretty psyched. Then I felt bad for cheering for what is essentially the end of a guy’s career, until I  then remembered that he’s a millionaire who accomplished what I assume was his life goal to make the NHL, so I’m back to being psyched.

Robidas is old, slow and his style of play is outdated in 2015. As far as I can tell right now, he is going to go on the IR, but no one seems sure if he’ll eventually get moved to the long-term IR, retire or go to the AHL. Of those options, the only way the Leafs can get out of his cap-hit is if he is legitimately injured and ends up on the LTIR.

With Robidas down, that leaves the Leafs’ defense looking something like:

Now, obviously we shouldn’t put too much stock into the order that these are written out and instead wait until after the game and look at the ice-time allotments, but I do have some concerns here: First of all, I am disappointed that Gardiner isn’t listed as the main player on the team’s top pairing. Rielly might be the best the Leafs have for the future, but as far as statistics in the NHL to date, Gardiner is the best defensemen on this roster. I also don’t like that he and Reilly aren’t paired together.

As far as not playing them together goes, I remember hearing Babcock say something in the pre-season (which is way too long by the way, and I couldn’t find the quote) about keeping them apart so that Gardiner could take control and not rely so much on Rielly. There’s about fifty-six million reasons to assume he knows what he’s talking about, so I am fine with that in theory, at least for now.

I don’t think it should be ignored, however, that in the last two seasons, when Rielly and Gardiner play together they’ve posted a  52.7 CF%,  which is way higher than either of them playing with anyone else, and very impressive given how crappy the Leafs’ have been as a possession team in the two seasons Rielly has been here.

I am happy to see that Marincin and Harrington both made the team, as I think one or both of them could prove to be very astute pickups. One of the main things that makes watching a rebuilding team fun is seeing the kids grow into their roles, and the Leafs patient approach means that that won’t be happening this year with the forward prospects, so seeing a couple of the kids on the D is actually pretty exciting.

For a team that has just entered the rebuilding stage, I think a long-term outlook of Gardiner, Rielly, Marincin, Percy, Harrington and Travis Dermott is pretty impressive. Obviously it won’t work out that way, but I think it’s a good foundation to start building with. And, speaking of Percy, I’d really like to have seen him make the team, which brings me to my main complaint about the opening night roster: Roman Polak. 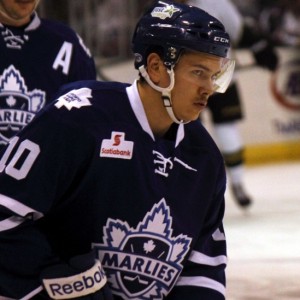 Now, I know Polak has his fans, but that is because he is willing to jump in front of slap-shots and come back to play after taking a puck in the face. That’s impressive and all, but it doesn’t make him a good NHL defensemen. For today’s game, he is too slow and ineffective at moving the puck, and the sooner the Leafs get rid of him so they can promote Percy, the better.

As for Dion, that’s a tough one. The guy is truly one of my favorite players and I hate how he’s been treated in Toronto. But, that being said, his contract is a joke and – objectively at least – I feel the Leafs would best be  served by moving out their ex-top defensemen.  Doesn’t matter for now I guess, and I am as sure as it is possible to be about anything that he won’t finish his contract with the Leafs.