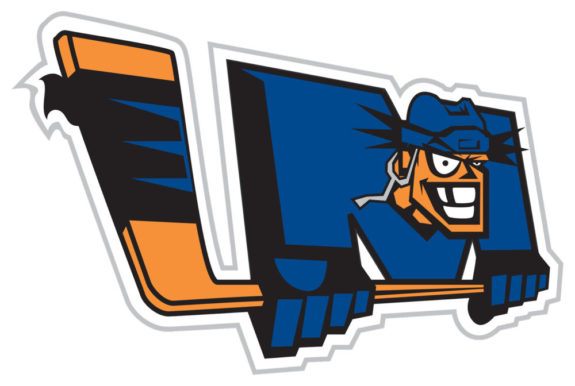 The state of Maine has always had a rich hockey tradition. The Portland Pirates have been a mainstay for over twenty years, the University of Maine Black Bears have been one of the best programs in college hockey, and even the former Maine Mariners of the AHL had quite a following before moving to Providence and becoming the Providence Bruins. However, there’s one team that people tend to forget about, even though they’ve only been gone two years, the Lewiston Maineiacs.

The Lewiston Maineiacs’ history wasn’t very long, but they made a lot of history during their run.

The team moved from Sherbrooke, Quebec, in 2003 to Central Maine and became the second American team to play in the QMJHL – the first to play a full season. Almost immediately, the Maineiacs found success in the standings. Lewiston qualified for the playoffs in their first season in Maine being swept by the Rouyn-Noranda Huskies. In fact, the Maineiacs made the playoffs every single season that it played in Lewiston, including capturing the QMJHL championship in 2007. The Maineiacs won their first game of the Memorial Cup in 2007 against the Medicine Hat Tigers, but after their captain Marc-Andre Cliche, currently with the Colorado Avalanche, was lost due to injury, the team lost their remaining three games, two of them by one goal.

The biggest, most hardcore legion of Maineiacs fans were called the Lewy’s Legion. During the last home Maineiacs home game, Lewy’s Legion braved a rainstorm to toast their beloved Maineiacs one last time. Attendance at the last tailgate was a bit down due in large part to upset fans seeing their Maineiacs leaving.

The fans played a role in the very odd name of the team. The Maineiacs, with the word Maine in it, was chosen via a fan submission after 243 name entered. The name was exceptionally odd because, well, they basically misspelled a word, but it was sort of creative and the fans did play a huge role in it. Not many teams can say that nowadays.

It’s a shame more fans didn’t come out to see the team play. They were good and also had quite a few future NHLers playing at the Colisee. Notable players like Jonathan Bernier, Jaroslav Halak, and David Perron all called Lewiston their home before heading to the big leagues.

After years of losing money (the team lost money in all eight seasons), the Maineiacs were disbanded by the QMJHL in 2011 and the league replaced the Maineiacs, ironically, with a new team in Sherbrooke, the former home of the Maineiacs.

In a state that loves it’s hockey, it’s a bit sad that the Maineiacs got swept under the rug by the Pirates and the Black Bears. It’s possible that since the Maineiacs played in a predominately Canadian league and it’s players not professionals yet, maybe the interest wasn’t quite there like it is in Quebec.