One of the all-time best playoff series in New York Islanders history was the 1993 second-round series against the Pittsburgh Penguins. But before we dive into that great match-up, let’s look at how the Islanders made it to the second round of the playoffs during the 1992-93 season.

New York made the playoffs that season by finishing third in the then-Patrick Division. New York finished with a record of 40-37-7 with 87 points. The Islanders underachieved during the regular season, as they boasted a very good roster combined with skill, defense and solid goaltending, as well as youth and experience.

The team was lead by their first line of Pierre Turgeon (132 points), Steve Thomas (87 points) and Derek King (76 points). The Isles had solid veterans in Patrick Flatley (team captain), Brian Mullen, Ray Ferraro, Tom Kurvers and Uwe Krupp. Sprinkled into that team were youngsters Brad Dalgarno, Marty McInnis, Tom Fitzgerald, Travis Green, Scott Lachance, Dennis Vaske, Darius Kasparaitis and Rich Pilon. Yes, the Islanders recently added another member of the Pilon family to the organization. After the big first line, the Islanders looked to Benoit Hogue and Vladimir Malakhov, who were coming into their prime. New York had solid goaltending between Glenn Healy and Mark Fitzpatrick and were coached by the legendary Al Arbour. However, the team from Long Island barely finished above .500 and drew the Washington Capitals in the first round of the playoffs.

The Capitals had a slightly better regular season than the Islanders and finished in second place in the Patrick Division, going 43-34-7 with 93 points. The prevailing wisdom was Washington was more consistent, less error prone and, with the home-ice advantage, should beat the Islanders in a long series. But that series, New York was the king of overtime. After dropping Game 1 in Washington, the Islanders reeled off three straight overtime wins to take a commanding 3-1 series lead. Washington won Game 5 on home ice, which set up the opportunity for the Islanders to finish the series at home in Game 6. That’s exactly what New York did after Turgeon stripped the puck from Dale Hunter and walked in and buried a goal that cemented that game and the series. However, one of the all-time cheap shots in all of sports occurred next by Hunter. If you have never seen this play, you have to see it to believe it.

To this day in all of my years of watching sports it was the dirtiest play I ever saw by a player. Hunter’s 21-game suspension (1/4 of the following season) was a slap on the wrist. But it was on to Pittsburgh.

The Islanders were moving on to the second round of the playoffs, but saying they were a huge underdog is the all-time understatement. The Penguins were the two-time defending Stanley Cup champions. Pittsburgh finished first in the league with 119 points and a record of 56-21-7. The Penguins’ roster was loaded. The core of their team was Mario Lemieux, Jaromir Jagr, Rick Tocchet, Larry Muprhy, Kevin Stevens, Ron Francis, Joe Mullen, Ulf Samuelsson and Tom Barrasso. Just for good measure Pittsburgh was coached by legendary coach Scottie Bowman. It was difficult to imagine a scenario where the Islanders upset this super team without their best player in Turgeon, who suffered a shoulder injury from Hunter’s cheap shot, and was probably lost for the series. The Penguins finished off the Devils in five games and almost everyone in the hockey world predicted a similar outcome in this series.

Perhaps using an us-against-the-world mentality, the Islanders went into Pittsburgh and won Game 1, 3-2. However it appeared order was restored as Pittsburgh took Games 2 and 3, controlling the play (New York scored just one goal in those two games). Going into Game 4, the Penguins were looking for a win to put a stranglehold on the series and wrap it up at home in Game 5. But the Islanders had other plans. The resiliency New York showed in the Washington series came back once again in Game 4 at the Nassau Coliseum. It was a wild back-and-forth affair with each team trading goals on each other, but New York prevailed 6-5 in Game 4. The Isles were led by Fitzgerald’s two shorthanded goals and Derek King broke the 5-5 tie to give New York a vital lead, which they held to become victorious.

Even though the Islanders showed great heart and determination and made this series a best of three, is was still very hard to find anyone who believed New York could win this series. This prevailing thought was backed up even more so when Pittsburgh rolled to a 6-3 victory at home in Game 5. It was back to Long Island where the Penguins were looking to wrap up the series and move on to the Eastern Conference Final. Game 6 was a carbon copy of Game 4 at Nassau Coliseum. Once again the Islanders dug deep and found themselves in another wild high-scoring, back-and-forth affair. The Islanders had six different goal scorers led by Thomas, who netted two, and New York found a way to force a Game 7 with a 7-5 victory.

It all came down to one game. Who could have dreamed up such a scenario? Do you think the Islanders would have signed off on a winner-take-all scenario, before the series started? I think the answer to that question is a big yes. But the Islanders found themselves in Game 7 due to the coaching of Arbour, the play and contributions of everyone up and down the lineup, the scoring of Ferraro, Thomas and King, being physical whenever possible led by the ultimate agitator Kasparaitis and their goalie Glen Healy making the key saves when necessary. Remember the Islanders found themselves in Game 7 versus the two-time Stanley Cup champions without their best player in Turgeon, who actually suited up for Game 7 but drew very little ice time, as he was a decoy.

Pittsburgh had the control of the play for most of Game 7, outshooting New York 45 to 20. But the Islanders found themselves up 3-1 with four minutes to play, thanks to goals by Volek, Thomas and Hogue. It appeared the most unlikely scenario was going to unfold. But then, this sports version of Cinderella went through the unthinkable. Pittsburgh scored with a little less than four minutes to go to make it 3-2. Then, with the goalie pulled and the clock winding down, the two-time defending champs found a way and tied the score at 3 at the very end of the third period. It was on to overtime.

None of us will ever know what four-time Stanley Cup champion coach Arbour said to his squad in between periods, but his roster was chalked full of believers in overtime. Then, in the first overtime, Ray Ferraro and David Volek found themselves on a two-on-one and the rest, as they say, was history. 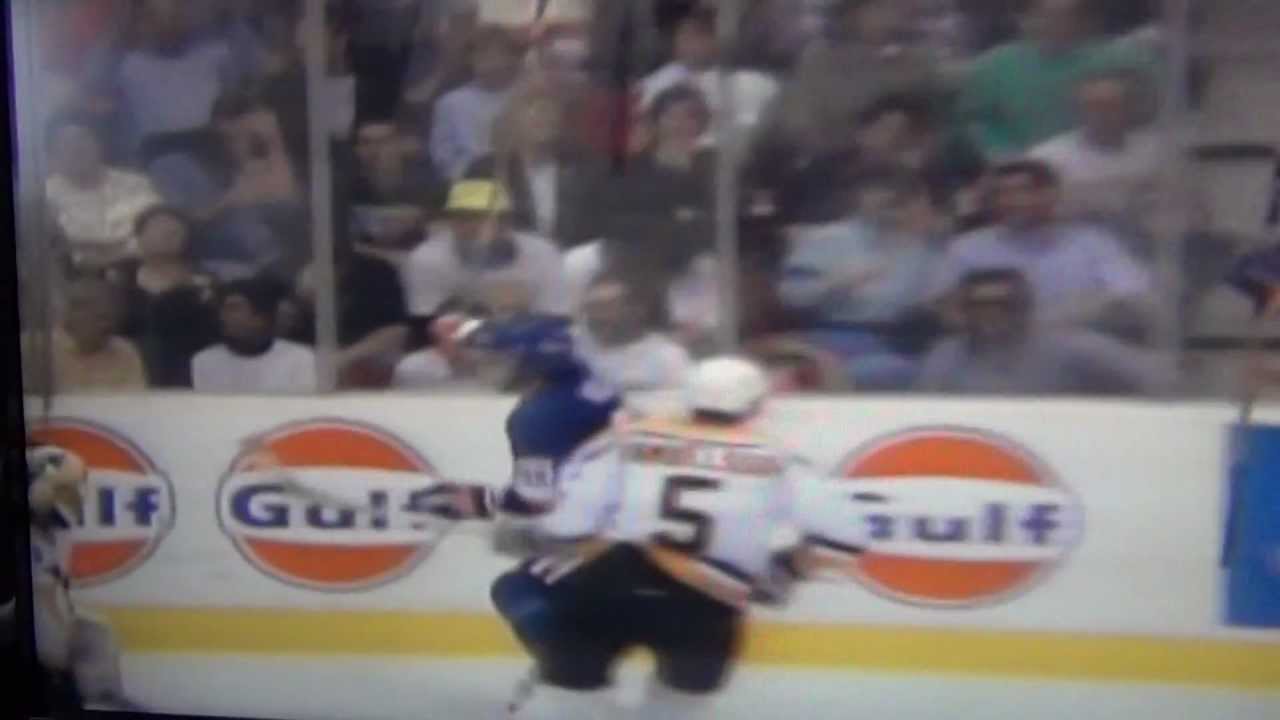 It was a truly amazing moment for Islanders fans, as well as the organization. Believe it or not, this was the last time the Islanders won a playoff series. With the young talented team New York currently has and more young top talent on the way, Islanders fans believe more magical moments like this are in store for this franchise, starting next season.