In the one hundred years of Toronto Maple Leafs history, you may be surprised to learn that they have only drafted first overall twice. The first came way back in 1985 when the Blue and White selected Wendel Clark from the Saskatoon Blades. Clark went on to have a very successful career with the Maple Leafs, becoming the captain and a fan favourite over his career.

The next first overall pick didn’t come until 2016 when the Leafs took the podium and selected Auston Matthews, the big American-born centre. Matthews is now 31 games into his NHL career and is arguably the best player on a very young Maple Leafs squad.

Mike Babcock, the Leafs’ veteran head coach, has steadily increased the ice time that Matthews receives every game. He’s being put out for more situations that demand more responsibility for the young rookie. Matthews has taken everything in stride and is not only surviving with the increased pressure, he’s thriving.

Why Is He Successful?

Matthews has many attributes that work in his favour. He’s a big body that knows how to control the flow of the play. He’s a shooting machine and has thrown 115 pucks towards the net so far in his young NHL career. That number is currently top five in the entire NHL. With today’s NHL, shooting at the pace that Matthews is currently on is incredibly difficult. 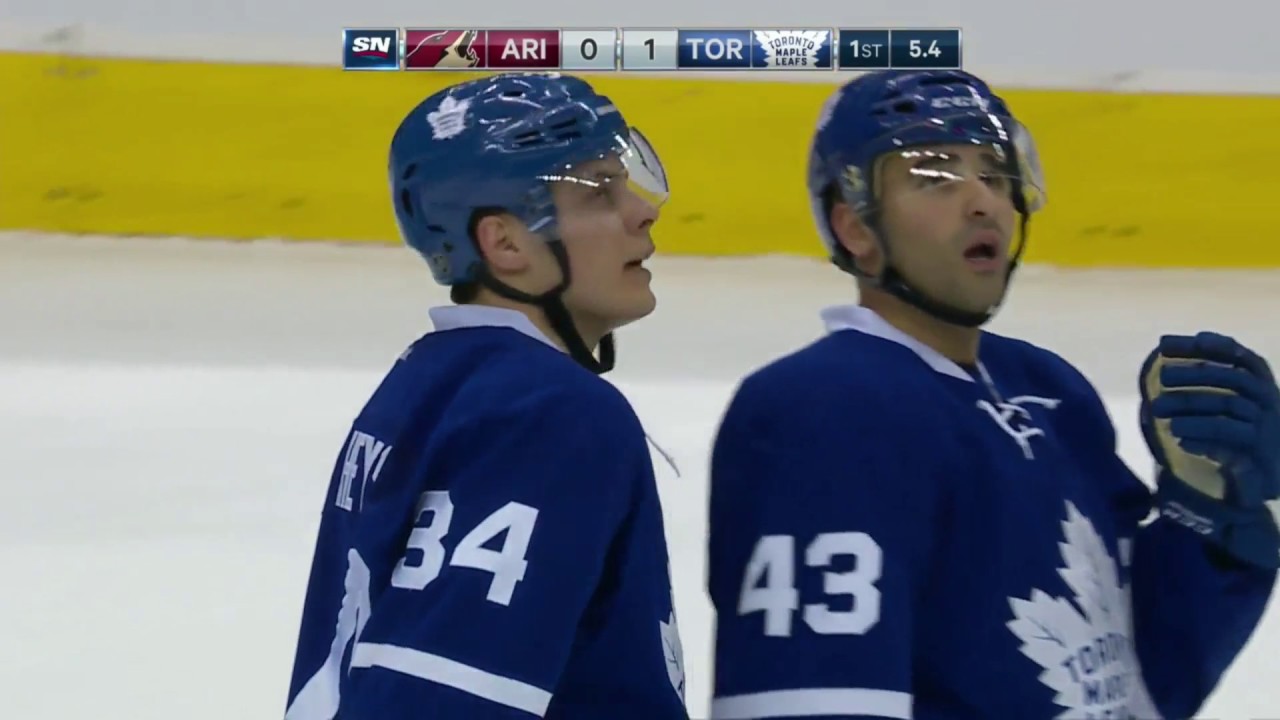 Teams play a style that is designed to limit and suppress as many shots as they can. Matthews has found some remarkable consistency early on in his career. He has become an expert at taking advantage of chances in the offensive zone.

If you watch him play, he’ll be hovering near the front of the net. If the puck is pried loose and sent his way, you can expect a quick shot right on target. Matthews is able to generate a bevy of chances and drives the line that he is on, both possession wise and chances wise.

He’s the type of player that likes to have the puck constantly on his stick. That’s why his hit total on the season sits at six. He knows that he can get the puck with a deft stick lift rather than a crushing body check. It’s the same style of play that Pavel Datsyuk used to employ with the Detroit Red Wings.

A perfect example of that stick lift came in his NHL debut against the Ottawa Senators. On his second goal of the game after deking through a few Sens players, he loses the handle and the puck winds up on Erik Karlsson’s stick along the boards. Matthews continues moving forward and quickly lifts Karlsson’s stick to steal the puck away. This eventually leads to the second of four goals the rookie would score in his debut.

Matthews currently has 16 goals and 25 points through his first 32 games in the NHL. In comparison, Jack Eichel, last year’s second overall pick, had nine goals and 15 points in the same span. Going back a bit further, Jonathan Toews, the now three-time Stanley Cup champion, had 12 goals and 26 points.

Matthews’ 15 goals put him on pace to score 40 and he’s seemingly had almost no trouble adjusting to the NHL in his first season. He’s a dynamic player who is generating shots and scoring chances at a rate that has not been seen since Alex Ovechkin started his career with the Washington Capitals.

Auston Matthews is out of control.

You've got to be kidding with that one-handed tip. pic.twitter.com/GBhcPWmuec

Matthews has been the brightest spot on the Maple Leafs’ roster in their Centennial year. He is a possession driving force that shows up at both ends of the ice. If there is a weak spot in his game, it would be his faceoffs. The young talent still needs work in the dot, where he is at a 46.6-percent success rate. Fortunately, that is something Matthews can and will work at until it’s at the level of the rest of his skills.

Babcock made the prediction that by Christmas, Matthews would be a dominant centre. With the annual holiday nearly upon us, it looks as if his prediction will indeed be fulfilled.