Arizona Coyotes rookie Max Domi has been given an automatic one-game suspension, the league announced Friday.

The suspension stems from Domi instigating a fight during the final five minutes of Thursday’s 5-1 loss to the Anaheim Ducks.

Shortly after Jarred Tinordi and Nick Ritchie exchanged blows, Domi chased down Anaheim’s Ryan Garbutt to do the same. While Domi doesn’t follow in the footsteps of his father, pugilist Tie Domi, he did step up to defend teammate Oliver Ekman-Larsson, who was the recipient of a Garbutt hit that Domi took exception to.

Garbutt immediately took a couple shots from Anthony Duclair, before Domi grabbed him from behind. Domi wrapped up Garbutt, tossed his gloves and started throwing bombs.

For his efforts, Domi earned five for fighting, a two-minute instigator and a game misconduct for getting an instigator in the final five minutes of the game. An instigator penalty like that carries an automatic one-game suspension under rule 46.22, unless the NHL decides to rescind that suspension. They are not rescinding the suspension here.

The infraction also carries a $10,000 fine for the coach, according to rule 46.22. The league hasn’t announced a fine for coach Dave Tippett. 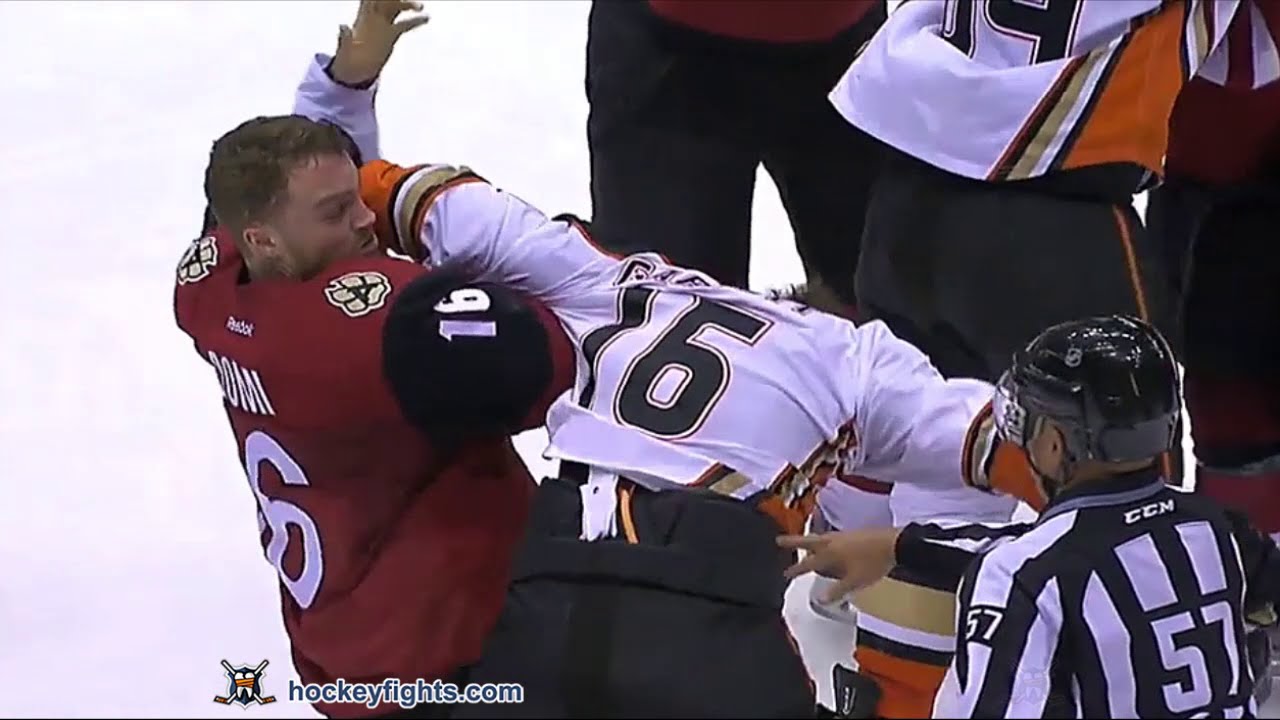