The 2015-16 season did not end well for New York Islanders forward Mikhail Grabovski, as it ended too early due to an injury. The same injury, a concussion, has hindered Grabovski from playing during this season. In this translated interview, originally appearing on the Belarusian website minsknews.by, the Belarusian forward talked about his injury, his trip to his hometown, Minsk, and plans for the future.

Out With A Concussion

Vladimir Pisarev: Mikhail, you were supposed to get back to the ice in December, now we have to do a new forecast.

Mikhail Grabovski: Well, earlier we were even thinking that I would start the season with the team, although everything went differently. Now I just want to hope for the best.

VP: It looks like in New York, your team is very patient with you. Is this an effect of the NHLPA influence?

MG: Probably, it’s the influence of different factors: the NHLPA, the insurance, the general manager. They are good people, they know that it’s better to wait with such injuries, they give me plenty of time to understand what’s going on.

VP: Does your injury have any financial effect on you?

MG: Not at all. I’m insured. The fact that my family is protected gives me peace of mind. I don’t have to think about it. I just want to start playing as soon as possible.

VP: Maybe you shouldn’t have risked last spring, when you just healed from the old injury.

MG: Hard to say. Maybe we rushed things up a bit, but now what’s to say about it. I just need to heal.

VP: How do you feel now?

MG: It depends, I can’t give you only one reply. I hope that all will be ok, but my healing process is taking way more time that what we thought, this is why I don’t want to talk about it now.

VP: I guess that the doctors in New York have you trying MRI, CT, and similar examinations.

MG: Yes, but I have a lot of micro injuries, which this reason is hard to understand. The diagnosis is a concussion, but its seriousness isn’t known.

At Home In Belarus

VP: Did being at home, in Minsk, help you?

MG: Of course, here I have my father, my grandma, my grandpa, my friends… I have great feelings with them. Although it was also about time to get back to America, it’s my home too, and I have my wife and kids there.

VP: In Minsk, you attended a number of events. Did you choose to be busy to help with the psychological plan?

MG: I think, yes. Of course I also need to rest considering my injury, but I’m that kind of person who can’t avoid doing that. And for my head, it’s better than staying locked up in my home. For example, I had a small master-class for a kids team that was formed by some of the guys I played with earlier. I’m always ready to help if I can.

VP: You even had a couple of practices with Yunost Minsk. Did you do it not to lose familiarity with the game?

MG: Yes, I started loading myself a little bit, but it’s mostly for the mental aspect of it since I don’t skate in February. It was hard to adapt at first. Unfortunately, the Islanders couldn’t give me this chance as their schedule is very tight, but I have to thank Yunost Minsk and Mikhail Zakharov; they are always happy to see me.

VP: If you’ll get back to the KHL, will you play for Dinamo Minsk?

MG: Hard to say. I would like Yunost Minsk to play in the KHL. But if Dinamo will get me an offer, why not? Everything is possible.

VP: Recently Nikolai Kulemin scored twice. Are you happy for your friend?

MG: Of course I am, we are like brothers, our families are friends. How many years did we pass together… Five years in Toronto, now in New York. We are always happy to be playing for the same team.

VP: The Islanders are your fourth NHL team. Can we say that you played your best seasons for the Maple Leafs?

MG: Yes, I think it’s like that. Maybe I’ll manage to get back there one day.

VP: Which of your former teammates you can call a superstar?

MG: First of all, of course, Alexander Ovechkin from the Washington Capitals. In Toronto, I played on a good line with Clarke MacArthur and Kulemin.

VP: Do you prefer living in Canada or in the US?

MG: Now, for my health, it’s better to be in the quieter Toronto, but I also like the more dynamic New York atmosphere.

VP: Did you and your family buy a home there?

MG: No, we rent a place. My career is in a dynamic period and I don’t want to rush things. I’ll always have a chance to buy a home if I decide to settle down. Or maybe I’ll get back to Minsk. I’ll be always well-accepted there. But I also need to think about my kids, where it’s better for them to study. 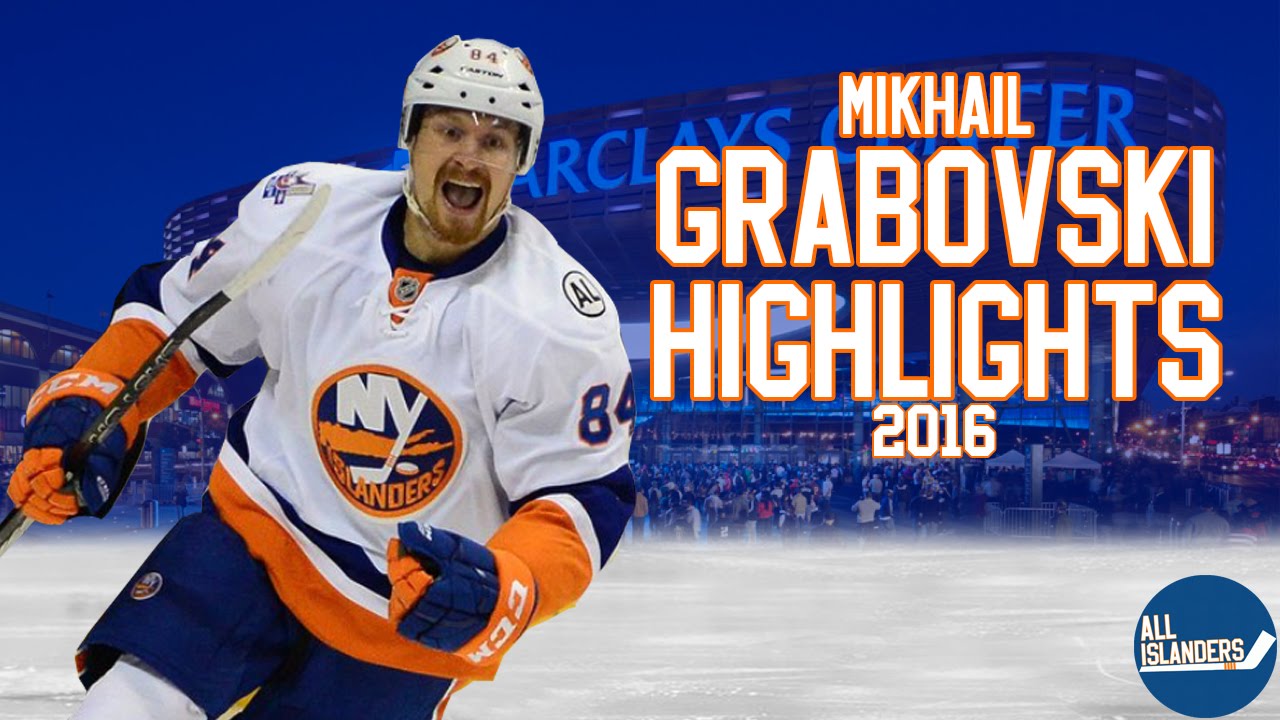 MG: Yes, they are very good at that. Jagger plays both soccer and hockey, my daughter Lili is a figure skater.

MG: Twice. I hope that my kids will be able to attend one too, once they’ll be older.

VP: What do you think, will the Stones still be active by then?

MG: Why not? Everything is possible.