Following their disappointing 2-1 loss to the Carolina Hurricanes on Mar. 5, the Arizona Coyotes enjoyed a three-day break from game action before getting back to work on Thursday against the Ottawa Senators. Despite holding a 2-1 lead after two periods, the Coyotes were unable to pick up the victory as two-time Norris Trophy winner Erik Karlsson scored late in the third period and again in overtime to lift his team to the 3-2 victory.

Notable stellar defenseman @ErikKarlsson65 snipes the OT-winner on a breakaway, earns his third point of the night, has 61 on the season. pic.twitter.com/QRR5eZhQoL

The Coyotes would then host the struggling New Jersey Devils on Saturday night at Gila River Arena, and survived a late penalty shot attempt from Taylor Hall to send the Devils to their 10th consecutive defeat by the score of 5-4.

Three at Home, One in LA

Following their victory over the New Jersey Devils on Saturday night in Glendale, the Coyotes will remain at home and will host the NHL’s worst team on Monday night in the Colorado Avalanche. The Avs had a respectable 9-9-0 record through 18 games this season, but the wheels have fallen off since, as they have a record of just 10-36-3 since Nov. 21. Puck drop is scheduled for 7:00 P.M. in Glendale.

How the Colorado Avalanche season has been going in one breakaway: pic.twitter.com/L9wfdNMrYe

After wrapping things up against Colorado, the Coyotes will make the short trek westward to the Staples Center for a Tuesday night matchup against the Los Angeles Kings. The Kings have played well since they acquired Jarome Iginla and Ben Bishop at the trade deadline and will provide the Coyotes with a tough road test. Puck drop is scheduled for 7:30 P.M. in Los Angeles.

WATCH: Iginla wins it in OT for the @LAKings over the @PredsNHL @SUBWAYCANADA pic.twitter.com/GdToTyKNuw

The Coyotes will then return home on Thursday to host the visiting Detroit Red Wings. Arizona defeated Detroit 4-1 at Joe Louis Arena on Dec. 13 and will be looking to complete the season sweep of their former conference rivals in this one. Puck drop is scheduled for 7:00 P.M. at Gila River Arena.

Arizona will then finish out their busy week on Saturday against the St. Louis Blues. The Coyotes will be looking to end a lengthy losing streak against St. Louis on the night, as they’ve lost eight straight games in regulation to the Blues. Puck drop is scheduled for 6:00 P.M. at Gila River Arena.

Although the Coyotes lost to the Senators on Thursday night, it’s likely that forward Radim Vrbata will look back on the evening of Mar. 9, 2017 fondly, as he became the 308th player in NHL history to skate in 1,000 career games on the night. 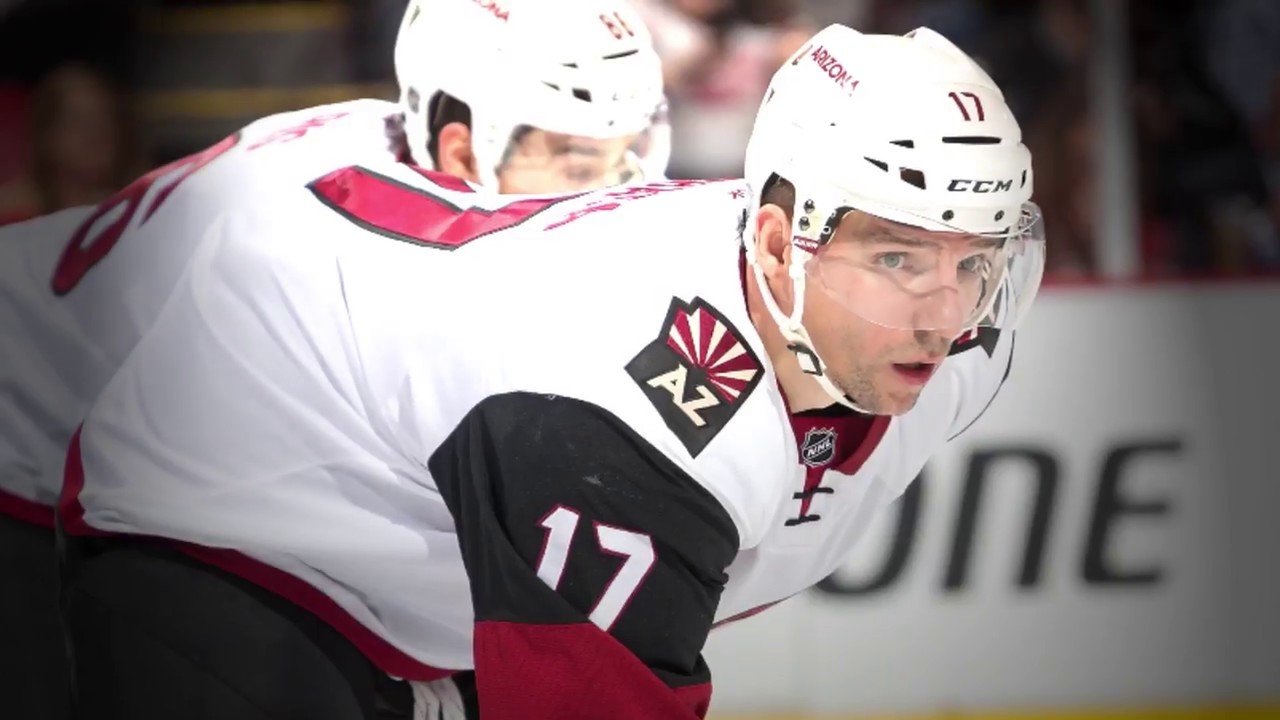 Vrbata was unable to record a point in his 1,000th NHL game, but he would make an impact in his 1,001st game, as he opened the scoring against the New Jersey Devils just 1:27 in to give the Coyotes an early 1-0 lead in a game they’d eventually win 5-4. Vrbata has been the Coyotes’ best forward this season, and he’s well-deserving of the recognition he’s received for reaching the 1,000 game milestone.

Last Tuesday, the Coyotes and the City of Glendale were in the news once again as NHL Commissioner Gary Bettman wrote that the team “cannot and will not remain in Glendale” in an open letter that was directed toward Arizona lawmakers. Bettman penned the letter to ask for support on SB1149, which, if passed by legislators, would allow for the construction of a new arena in the Valley which would enable the Coyotes to end their failed marriage with the City of Glendale once and for all.

.@craigsmorgan explains why one can no longer cast Glendale as the victim of recent developments in the arena saga. https://t.co/I9A34zwDbf

There are a lot of things relating to the team’s arena situation that still are up in the air at this point, but one thing is clear — the Coyotes are running out of time in Glendale and must get things figured out in a hurry if they’re going to remain in Arizona.

With less than a month remaining in the regular season, the San Jose Sharks have a seven-point lead over the Anaheim Ducks for the top spot in the Pacific Division. Here’s how Arizona’s other division rivals fared last week:

The Coyotes received a lot of attention relating to their arena situation last week, but the team managed to overcome the negative coverage to earn three points in two contests. With yet another busy week on tap, they’ll need to continue keeping their focus on what’s happening on the ice rather than what’s happening off of it.