It has been a tough start to the season for the Montreal Canadiens, to say the least. They are 2-7-1 and are 29th in the league with five points. Only the winless Arizona Coyotes have been worse. The Habs’ offense has not found its scoring touch, their defense has looked subpar, and the consistent Vezina-worthy level of play from goaltender Carey Price has not arrived yet. One of the biggest storylines following this tough start has been the play of Alex Galchenyuk.

The former 30-goal scorer has struggled the past two seasons with consistency while being the subject line of every other major trade rumor in the NHL. The center/wing has been demoted to the fourth line recently and could desperately use a change of scenery. Enter, the New Jersey Devils. The Devils have surprised many with their 6-2 start to the season and with Ray Shero at the helm, a big trade is never far away. So let’s see if this deal makes sense for both sides.

Claude Julien, head coach of the Canadiens, has made it clear that he has not been impressed with Galchenyuk’s level of play. 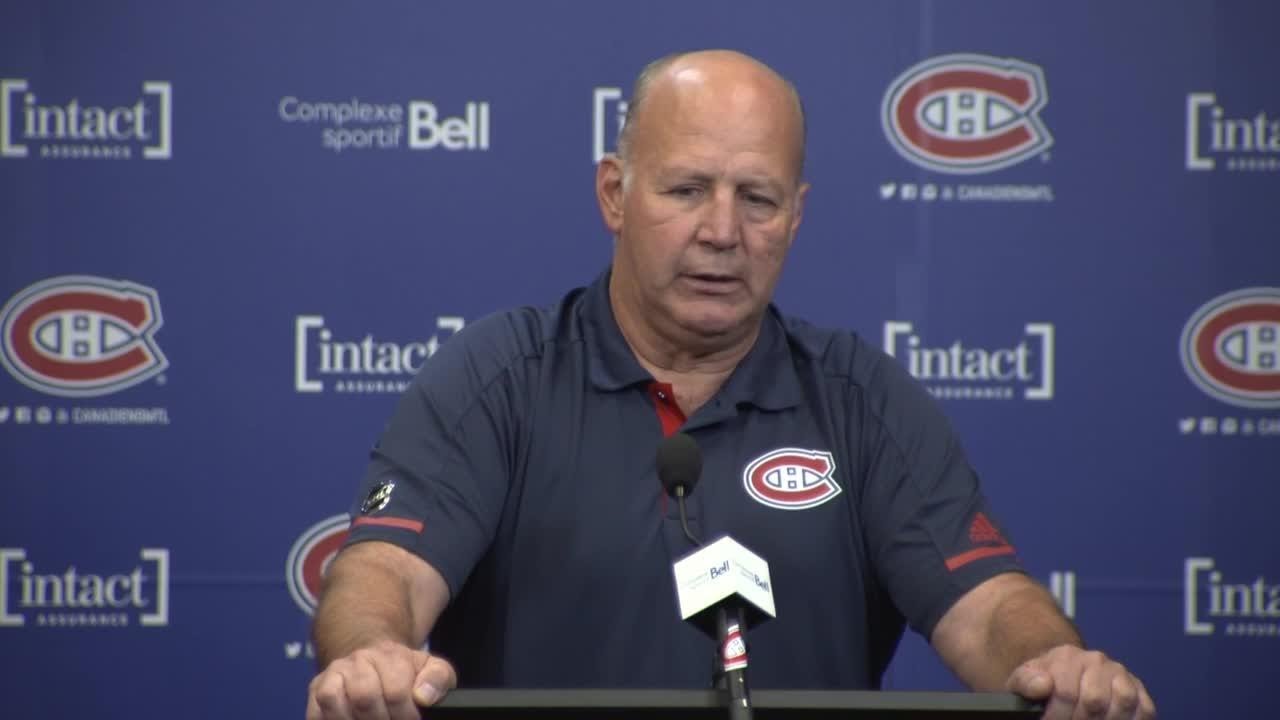 These criticisms are not entirely unfounded, as Galchenyuk’s game has left much to be desired. However, the same could be said for the entire team, save for arguably Jonathan Drouin. No one in Montreal has played exceptionally well, yet Galchenyuk seems to take the majority of the blame from management. This has caused endless trade rumors to swirl and uncertainty to grow.

If all this was not enough, NHL agent Dan Milstein has recently insinuated that the problem is with Julien’s opinions on Russian players. For the record, Galchenyuk is American-born and was raised in Wisconsin by his parents, who were born in Belarus. So while Milstein’s claims may be incorrect, and may not even apply to Galchenyuk, this only adds another layer of drama and controversy to this ongoing saga.

These speculations have been surrounding Galchenyuk for some time. Over the offseason, it was unclear whether he would start the season in Montreal. At one point, it seemed like half of the teams in the NHL were calling Canadiens general manager Marc Bergevin to see what it would it would take to swing a deal. Devils general manager Ray Shero seemed to be in that group.

No deal materialized, meaning the price was too high or Bergevin did not like the options Shero had presented. Negotiations did not work then but they certainly could now. Montreal’s horrendous start to the season could lower the asking price for a player like Galchenyuk. Bergevin has stated he will not make a “panic move” after his team’s dreadful start, but changes will have to be made if nothing improves. After their most recent loss to the Los Angeles Kings, those changes may come sooner rather than later.

So are the Devils a good fit for the talented, albeit, inconsistent forward? He has certainly struggled this year but that could that be due to all the turmoil surrounding him for the past two seasons. The former third-overall pick of the 2012 draft is only two seasons removed from his 30-goal, 56 point season. He was well on his way to having a career year in 2016-17 before a knee injury knocked him out for 21 games. Regardless, he still finished that season with 17 goals and 44 points.

His inconsistent play is worrying for any potential suitor but he is worth taking a chance on. He’s only 23 years old and has a proven track record of performing at a high level. He can play center or wing but may be more suited to wing considering he’s never had a faceoff winning percentage over 48 percent.

The Devils’ offense has been spectacular so far this season, with 30 goals in their first eight games. Nevertheless, adding a potential game-changer to the roster should always be considered. Galchenyuk would fit right into the youth-driven rebuild for the Devils while being able to contribute right away. The price for him should be the lowest it’s ever been, and the Devils have stockpiled draft picks and prospects over the last two seasons, so a deal could happen.

Will Shero Pull the Trigger?

Shero has turned the Devils organization around on shrewd moves like this. Taylor Hall, Kyle Palmieri, and Marcus Johansson are all pieces he added for far below their true value. However, even with the price being lowered, Bergevin will likely ask for a package of prospects and picks. The Devils have all of their picks for next year and have added 20 total prospects in the last two NHL drafts.

Shero could include a variety of prospects in this deal and even a pick or two if he wanted. Additionally, the Devils and Canadiens are not in the same division, which always helps when trades are involved. Bottom line, this deal could happen. Both teams would benefit and Galchenyuk would get a fresh start in the NHL. I am not saying it will happen but it would not surprise me if he ended up in New Jersey.