Just two days after losing star center Jack Eichel for four-to-six weeks, the Buffalo Sabres may be in for even more bad news. Evander Kane crashed hard into the end boards after losing an edge while racing Montreal’s Alexei Emelin in Thursday’s game season opening loss.

The side-first crash resulted in Kane writhing on the ground in an immense amount of pain. He was taken to a local hospital for evaluation after the crash.

Coach on Kane: He went to the hospital, obviously was in a lot of pain. No further update at this time.

The Sabres have not yet offered much in the way of an update, saying only, “Evander Kane has been taken to the hospital for further evaluation and precautionary measures.”

Kane has a long history of having injuries derail potentially productive seasons. He was an in-season acquisition by the Sabres two seasons ago but had already been ruled out for the season due to an injury. He started last season with a knee injury that sidelined him for a month. He’s only played more than 66 games in a single season twice and has never topped 74.

With Eichel already out, the Sabres could be down two of their top four goal-scorers from last season. They also started the season without free agent acquisition Kyle Okposo, who is nursing a bruised knee.

Price Out Another Game

Al Montoya grabbed the first game of the season for the Montreal Canadiens, stopping 30 of 31 shots en route to Montreal’s first win of the season, a 4-1 win over the Sabres. Carey Price, winner of the 2015 Hart and Vezina trophies, missed the game due to a nasty bout of the flu. The spot of illness has Habs fans in a tizzy after Montreal appeared from the outside to run a bit of misdirection on fans last season when Price was injured.

After Thursday’s game, the team said Price’s illness is severe enough that it’s going to keep Price on the shelf for at least one more game.

The Canadiens announced Price will not be traveling with the team for Saturday’s match against the Ottawa Senators. He’ll stay behind and continue to recover, working toward making his season debut next week.

With the rebuild poised to round the corner in Buffalo, it’s not surprising that ownership is looking to get a few more years out of the rebuild’s architect. The team announced Thursday evening that they’ve handed general manager Tim Murray a multi-year extension.

Murray took over in January 2014, just two months after Darcy Regier was given the ax.

“I’ve felt very secure and I guess [when] you’re going into the last year of your deal, I guess it’s a vote of confidence when you can get a deal done and you don’t have to wait until June 30, which is great for me and my family obviously,” Murray said. “I wasn’t printing out resumes or anything, but no, it feels good. It was a pretty simple process.”

Jonathan Quick was injured in the first period of the Kings’ season opener and it didn’t look good. Thursday, L.A. announced that they were placing Quick on injured reserve and calling his lower-body injury “week-to-week.”

The team is waiting for the results of an MRI to determine the extent of Quick’s injury, but they’ll be without him for at least a week.

In the meantime, the Kings have recalled 34-year-old netminder Peter Budaj to serve as backup to Jeff Zatkoff.

Laine’s goal triggered a three-goal third period that sent the game to overtime, giving the Jets an impressive comeback win after Mark Scheifele scored during the extra frame.

Laine and Matthews are the first number one and two overall pick duo to record multi-point outings in the NHL debuts.

Toronto’s Legends Row officially added three new members Friday. While the announcement of their inclusion was made back in January, it wasn’t until Thursday that Dave Keon, Tim Horton and Turk Broda had their bronze statues unveiled in front of the Air Canada Centre.

The additions are a part of the kickoff to the team’s centennial season.

Keon hadn’t participated in Maple Leafs activities for many years, but the team recently made amends with him. Keon captained the Leafs for six seasons, spending a total of 15 years with the organization, earning two Lady Byng Trophies, a Conn Smythe and a Calder Trophy.

Horton was a Hall of Fame defenseman for the Leafs from 1951-70. He was inducted into the Hall three years after he died in a car accident.

Broda didn’t know any other team but the Leafs over the course of his 14-season career. The Hall of Famer was a two-time Vezina Trophy winner.

– The Pittsburgh Penguins hosted a banner-raising ceremony prior to Thursday’s game against the Washington Capitals. Though Sidney Crosby is currently out with a concussion, the 2016 Conn Smythe winner skated the Stanley Cup out onto the ice for the ceremony. 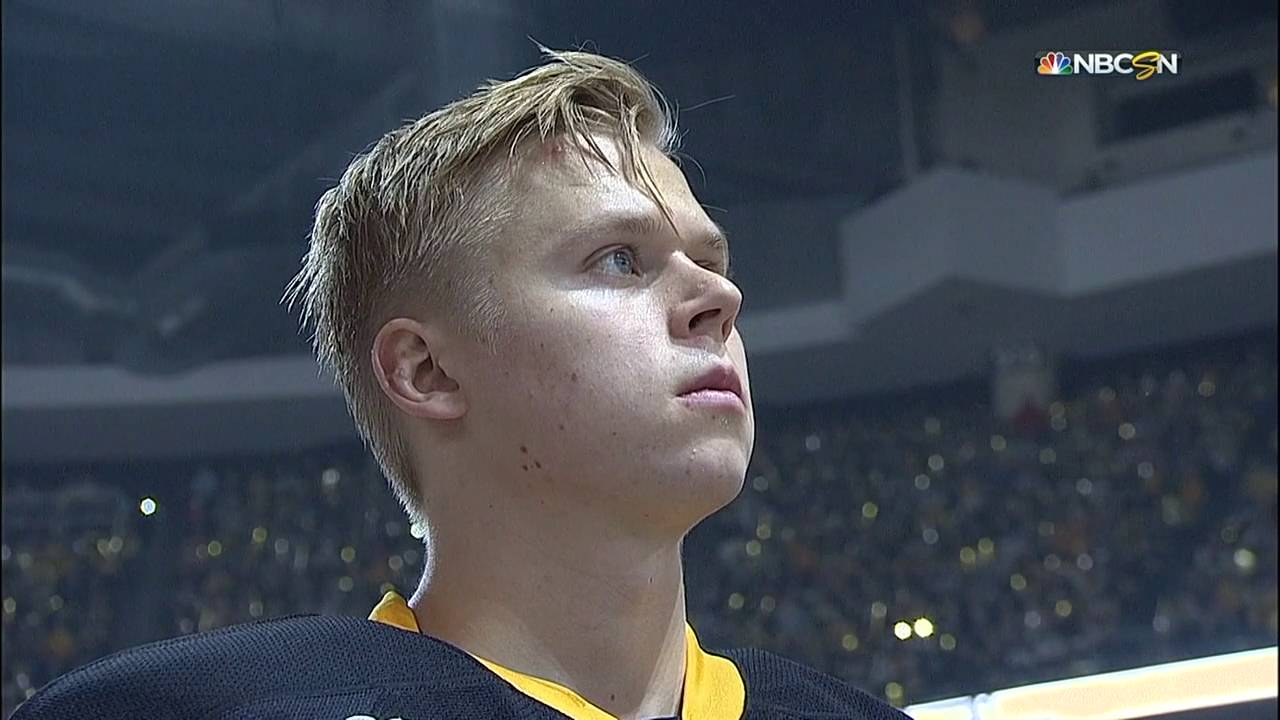 – Nail Yakupov potted his first goal as a member of the St. Louis Blues Thursday. He registered a goal and an assist in a 3-2 win over the Minnesota Wild during the Blues home opener, their second game of the season. “This is first time I score goal from slap shot,” Yakupov told NHL.com’s Lou Korac. “I tried and you have to try to do something. Nothing wrong with shot, as coach said between periods to have shot-first mentality.” 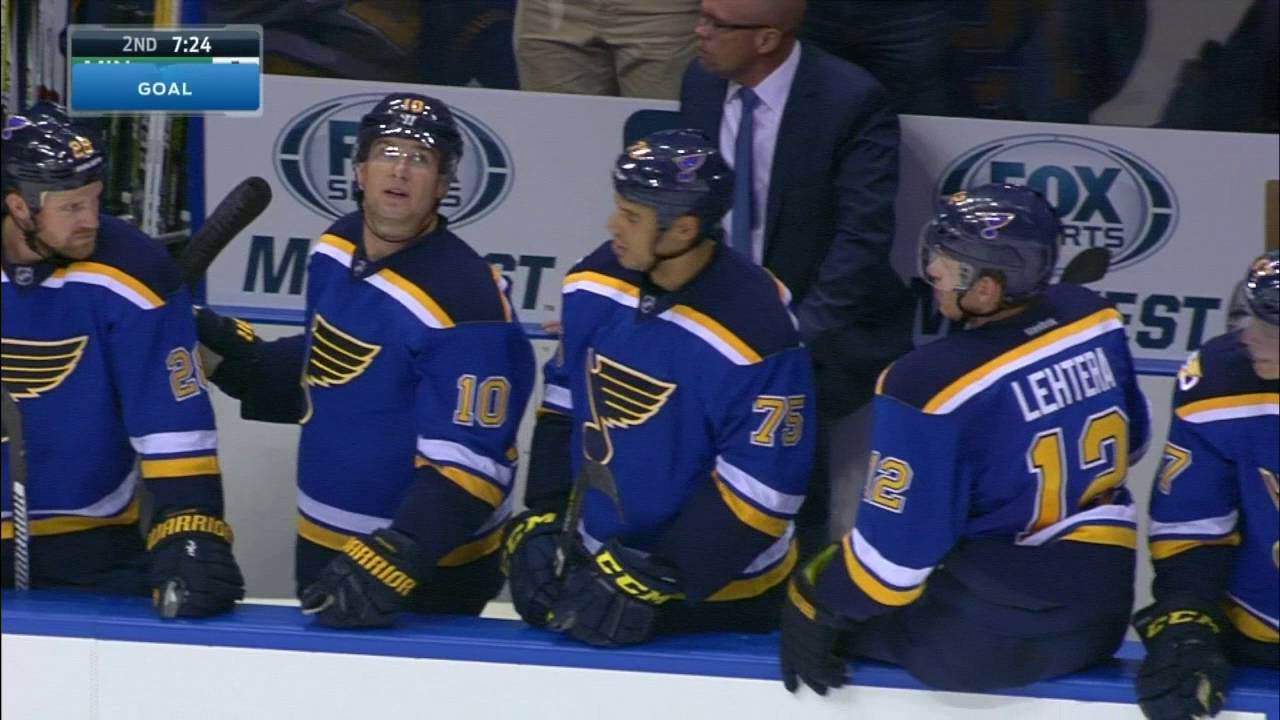 – While a Yakupov slapshot goal is a rare thing, it’s more likely to happen again this season than this fluke goal from center ice by Danny DeKeyser.

– The new Las Vegas franchise has decided to delay the announcement of the club’s name, according to Alex Prewitt of Sports Illustrated. They’re loosely targeting Nov. 22. for an unveiling of whatever version of Knights they’re probably going to choose.

– Let’s finish this out with an unreal between the legs assist from Sergei Plotnikov to Steve Moses, two players who made the jump from the KHL to the NHL last season and didn’t have it work out very well. They’re looking pretty comfortable back in the KHL. 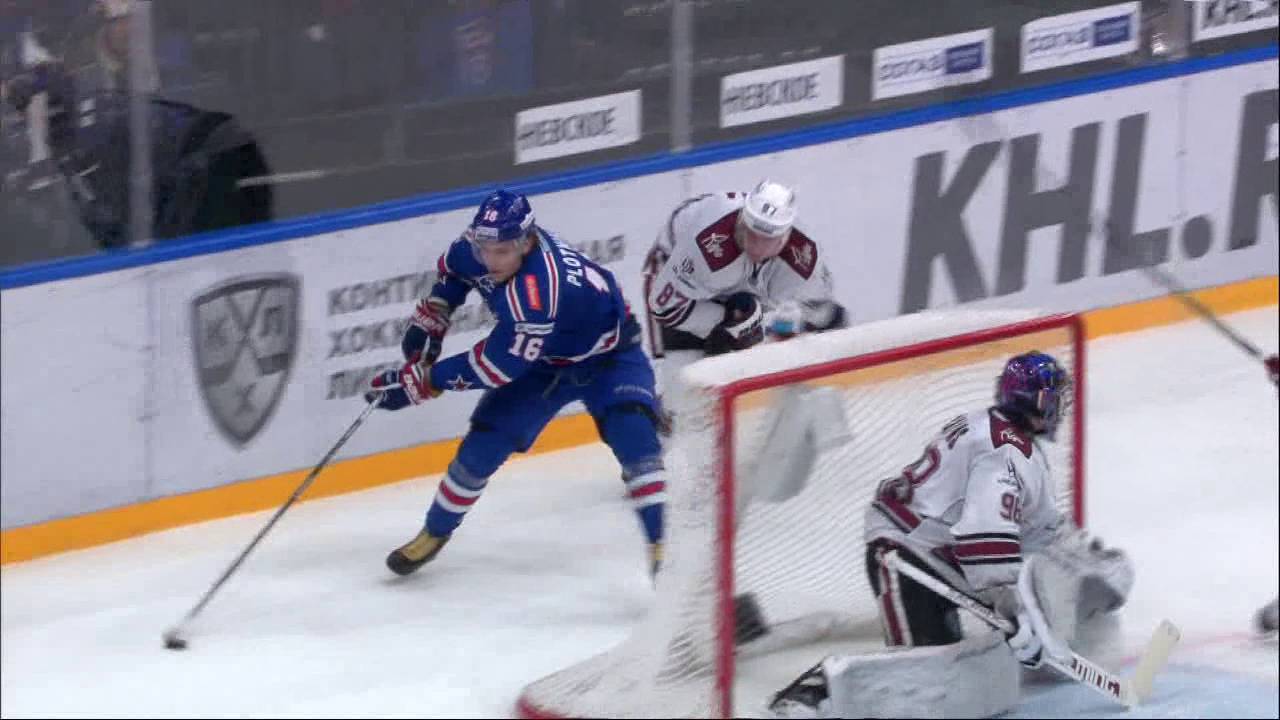