Peter Chiarelli didn’t feel like he could wait another day.

The Edmonton general manager didn’t sleep well after another tough loss, put the wheels in motion to replace coach Todd McLellan with Ken Hitchcock and made the move on Tuesday — a game day. After no in-season coaching changes around the NHL last season, there have now been four in less than three weeks. 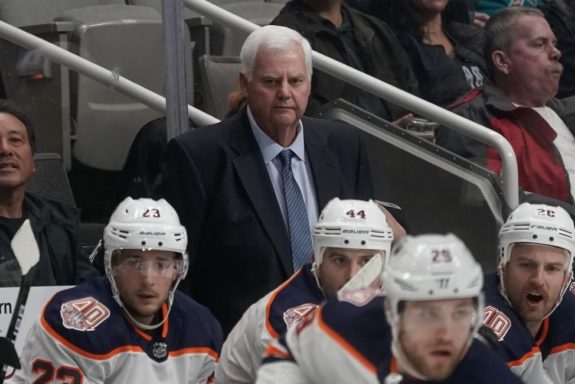 The standings are still so close and volatile that it’s almost never too soon to decide to fire an NHL coach.

“Unfortunately as it is, that’s the way it’s trending,” Chiarelli said. “The margins are thin and you look for edges and that’s one of them.”

Los Angeles fired John Stevens on Nov. 4, Chicago fired three-time Stanley Cup winner Joel Quenneville two days later, St. Louis dismissed Mike Yeo late Monday and Edmonton followed suit with McLellan on Tuesday morning. The Kings had played 13 games, the Blackhawks 15, the Blues 19 and the Oilers 20, but it is no longer surprising to see such a drastic move before the quarter mark of the season.

Hall of Fame defenceman Scott Stevens, now an NHL Network analyst, won the Stanley Cup as a player after a late-season coaching change and took over as co-head coach with New Jersey during the 2014-15 season. He said he was only caught off-guard by Quenneville’s firing and understands why so many GMs are pulling the trigger so early.

Or at least a big change.

“You can’t trade every player, so they fire the coach to try to get everybody’s attention,” NBC Sports analyst Pierre McGuire said.

The calendar got Chiarelli’s attention because Thanksgiving typically serves as a barometer of which teams will make the playoffs. It’s an uphill climb for Hitchcock, the Kings’ Willie Desjardins , Blackhawks’ Jeremy Colliton and Blues’ Craig Berube to try to lift their teams out of rough starts and make it.

Sometimes, interim or replacement coaches are wildly successful after arriving during the season. The Penguins in 2009 with Dan Bylsma and 2016 with Mike Sullivan and the Kings in 2014 with Darryl Sutter won the Cup. The Flyers in 2010 with Peter Laviolette reached the final. 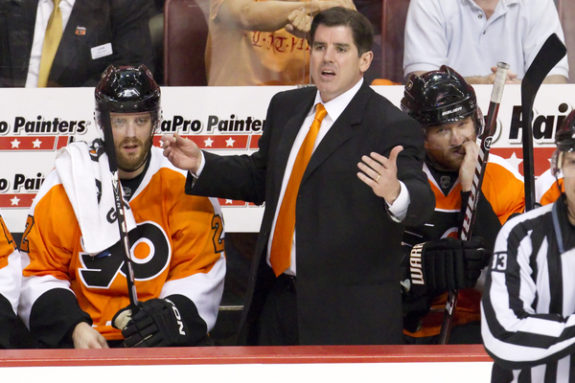 McGuire, himself a midseason replacement with the Hartford Whalers in the 1990s, said he believes this recent run of firings has something to do with the Vegas Golden Knights reaching the final last season as an expansion team, causing frustration around the league about quick results. Still, early-season coach firings are a time-tested part of the NHL.

“Coaching changes right around this time made huge differences,” McGuire said. “People look at this over history and they say this can happen. Pittsburgh and L.A. are good examples of that.”

The Arizona Coyotes have killed off a league-best 91.7 per cent of power plays, and their 10 short-handed goals are six more than the next-closest team. Michael Grabner has four, Brad Richardson three and Arizona has only allowed five power-play goals through its first 19 games.

Coach Rick Tocchet said Grabner, Richardson and his other penalty killers have done an excellent job of applying pressure with three players and the fourth making smart reads to take it the other way.

“Especially for PK guys, they really have a good hockey IQ on knowing when to attack pressure,” Tocchet said. “The guys have done a nice job, like Richardson and Grabner especially, of making really good reads on when there’s a time to pressure and where that read is going to be. Sometimes you guess wrong but I think this year we’ve done a nice job guessing right.”

The defending Stanley Cup champion Washington Capitals on Saturday visit the New York Rangers, who have been among the league’s biggest surprises under first-year coach David Quinn.

Rangers’ Lindgren Needs to Step Up After Skjei’s Departure