Tampa is making its move for the top spot, winning four games this week. Meanwhile, the Flyers regain the top spot with an impressive week. It will not be easy to unseat the Flyers, who have looked to be in top form for weeks.

Claude Giroux is a force for the Flyers. (Image Credits: brshafferphoto) 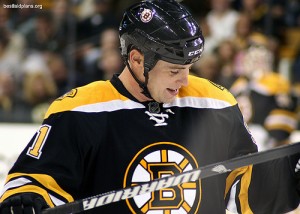 13. (9) Phoenix (24-16-9): The Coyotes are hurting a bit on D, as Derek Morris, Ed Jovanovski, and Michal Roszival are all day-to-day with various injuries. The all-star break could not be coming at a better time for Phoenix. 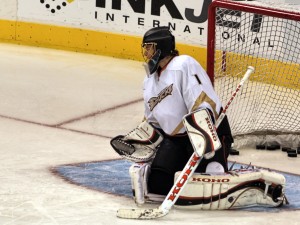 18. (13) Colorado (24-18-6): The Avs’ nine-game win streak against Northeast Division teams ended with a 6-2 loss to Boston Saturday. Colorado has been outscored 11-3 in its last two home games. Is Peter Forsberg really going to be able to help? The Avs need a goalie more than anything.

19. (21) Minnesota (24-19-6): Defenseman Nick Schultz appears to be fine after being elbowed in the head. AT first glance, it appeared Schultz may have suffered a second concussion in five weeks, but he skated at practice Sunday and appeared to have no lasting effects.

21. (20) Los Angeles (25-22-1): The Kings were in the top spot in week 3, but have fallen steadily since. One of the reasons for their lack of success the past month or so has been the goal drought for Anze Kopitar, who has just two goals in his last 19 games.

22. (23) Calgary (22-21-6): Twelve different players earned points for the Flames with five players having multi-point nights in a 7-4 win over Dallas Friday. 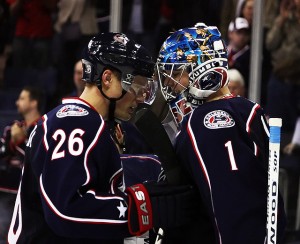 a point in seven straight games – including assisting on two overtime game-winning goals.

(Steve Kendall is a freelance writer with 20 years experience covering hockey at all levels. In addition to thehockeywriters.com, he has written for The Boston Herald, The New England Hockey Journal, and The Worcester Telegram & Gazette.)