What he didn’t say was whether he wanted the full-time gig itself.

After meeting face to face with Islanders GM Garth Snow and team ownership, discussing things with his family, and thinking on his own about his next steps, Weight came to the conclusion over the past 48 hours that he desired to move forward, and remove the “interim” tag from his coaching title.

On Wednesday, the Islanders made it official, naming Doug Weight as their head coach.

"I'm honored to be named Head Coach of such an historic franchise with one of the most passionate fan bases."

Weight, who usually is very open and expansive with the media, was a bit more subdued on a conference call, though he did point out “I am excited” about the next step in a career in which he was an All Star player, Stanley Cup champion, team captain, assistant coach, assistant general manager, and interim coach before Wednesday’s announcement.

Maybe he was just exhausted from pushing his team to the finish line, only to fall one point short of the final playoff berth in the Eastern Conference.

“We’ve all been kicked in the stomach,” Weight admitted on Sunday.

Or perhaps it was the whirlwind decision-making process the past 72 hours, one in which Weight said he “got everything on the table” regarding questions of the organization’s future.

“Certainly I wanted to be comfortable moving forward on everybody’s plan, and that we are a team of people working towards the same goal,” explained Weight, who guided the Islanders to a 24-12-4 record after replacing Jack Capuano on Jan. 17.

So, Weight had some questions; and so do we.

In detailing why Weight is the right man for the job, Snow emphasized the comfort level the players have with him.

Not sure that is the best reason to hire a coach. Comfort may lead to comfortable, or too comfortable; and isn’t that what many of his detractors said about Capuano at the end of his long tenure with the Islanders?

A new head coach from outside the organization, even Gerard Gallant — a former Isles assistant, and noted as player’s coach with the Panthers — would keep the players on edge a bit next season, at least to start.

Yet, the Islanders trend is to hire from within. Weight fits that mold, and then some.

Snow pointed out how much the players respect Weight’s history with the organization, and that of his impressive National Hockey League career.

It should also be mentioned that on Sunday the players, to a man, endorsed Weight as much for his preparedness and communication skills and honesty, as anything else.

Now those are great reasons to hire someone as head coach.

Couple that with his extensive knowledge of the current players and prospects within the organization, and an exemplary work ethic, and the Islanders are on to something.

“I felt like I prepared for four years,” Weight said of coaching. “I did a lot of things in the off-seasons if I did go in that direction; and I learned from a lot of good people. And then when I did coach, I gained momentum from the first game to the last.”

Many see Weight’s hire as a sign that Snow remains as the team’s general manager, to the chagrin of the Islanders Faithful.

That may or may not be true as rumors have the Islanders looking into hiring a President of Hockey Operations, one who may want his own GM.

However, Weight has a close relationship with Snow. Snow hired Weight. They seem joined at the hip. So, does that mean a new front office hire is NOT on the horizon for the Islanders?

No one seems to know that answer; and the owners of the Islanders are not publicly saying.

Snow did say of outside rumors Wednesday, “You put your head down and do your job. When the team has success and wins, everything is great. When a team loses, there’s going to be bows and arrows flying; and that’s part of the gig. I get it. That’s part of what I signed up for. It’s part of the highs and the lows.”

Bows and arrows fly over Snow’s head on a consistent basis, it seems, especially after failing to make the playoffs this year with expectations so high and two straight playoff appearances under the team’s collective belt.

For now, he remains Weight’s boss.

See the Elephant in the Room?

The real key to Doug Weight’s success or failure in New York?

The Islanders best player by far, their leader, the pulse of this team.

And he enters the last year of his contract before unrestricted free agency.

Weight has a fantastic relationship with Tavares, one that started as teammates, the veteran player and 18 year-old rookie, and now sits as head coach and superstar player.

The Isles must bank on that relationship being an ace in the hole in their hopes to get Tavares’ signature on a contract extension this summer, because, with arena uncertainty and never-ending quest to find him a front-line player on his wing, there are enough things to lure him away from Brooklyn. 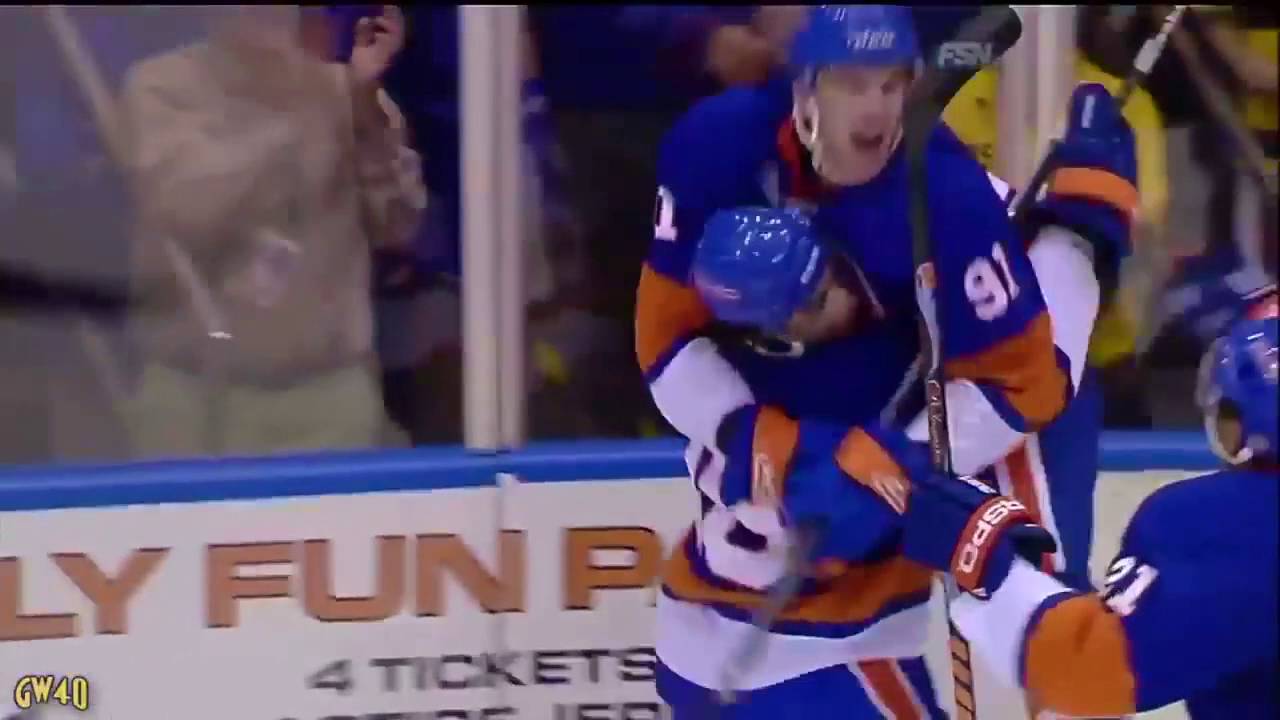 Weight told reporters Wednesday that during the season he and Tavares speak regularly, three times a week at least, signaling a strong coach-player/captain relationship. He did not discuss Tavares’ future with the Islanders, however.

Snow said this about Tavares, “Obviously he’s the face of our team, our franchise. He knows how we feel about him and how much respect we have for him as a player and as a person. We can’t say enough good things about what John brings to the organization. We’re going to give it our best shot in getting him signed.”

“Best shot” likely is not comforting phrase to Islanders fans or for their new head coach.