Edmonton Oilers fans have been clamoring for change, and change is what they got. Edmonton’s offense exploded versus the Vegas Golden Knights last night, but they also made a deal to stabilize their scoring. The Oilers traded forward Jussi Jokinen to the Los Angeles Kings in exchange for forward Mike Cammalleri.

There’s a lot of similarities between the two. Both were signed this summer to one-year deals around the same $1 million price mark ($1.1 million for Jokinen). Both were picks from the 2001 NHL Draft, and both still need NHL.com to update the backdrop photos on their player profiles. More importantly, both Jokinen and Cammalleri (supposedly) have underperformed thus far in 2017-18.

Of the 18 trades Peter Chiarelli has made since taking over in April 2015, 11 were one-for-one trades. Jeff Veillette of Faceoff Circle noted that number extends to 27 if you consider one for one plus a draft pick(s). Very odd, but that’s the Chiarelli way, eh? No salary was retained by either club in this trade, but the key point is Cammalleri is an improvement over Jokinen.

Jokinen, 34, had just one assist in 14 games with Edmonton and was healthy scratched on three different occasions. Jokinen was brought in to provide secondary scoring amongst the Oilers bottom six. His short stint as an Oiler ended with a nine-game point drought. More importantly, Jokinen wasn’t as advertised. He played the lowest amount of minutes (TOI) in his entire 12-year career (12:19) during his time in Edmonton. It just wasn’t the fit many thought it would’ve been, and Todd McLellan never seemed comfortable using him.

Jokinen had a dramatic drop off in production over the past three seasons. After posting his second-best career numbers in 2015-16 (60 points in 81 games), his numbers have steadily declined. On the flip side, Cammalleri is showing signs of life and could be that versatile fit everyone thought Jokinen should’ve been.

TSN’s Ryan Rishaug is believing the 35-year-old will likely slide into the third-line left wing spot next to Ryan Strome. Edmonton’s been hard pressed for offense this year. Before last night’s game against the Vegas Golden Knights, the Oilers goals-per-game of 2.24 ranked dead last in the league. So naturally, on paper, adding a player who has seven points over a player that has just one is an improvement.

Cammalleri Is an Improvement on Jokinen

Cammalleri’s best days are well behind him and expecting his addition alone to correct the Oilers scoring woes might be wishful thinking. He hasn’t scored 20 goals since 2014-15 and has missed 94 games with various injuries over the last four seasons. The silver lining is he’s scoring at about the same shooting percentage (12.5%) he’s had through his career. So his current scoring pace is sustainable, especially if he moves up in the lineup.

“We made this trade to improve our shooting. Mike has always been an effective offensive player with his shot and offensive ability. At the end of the day, improving our offense will obviously take a collective effort, but Mike will be given an opportunity to help improve it.”

Cammalleri’s on pace for 15 goals this season, and if he hits that total that’d be a massive plus for Edmonton. Still, it’s not Cammalleri alone who’s going to be a magical catalyst to spark the Oilers offense. The likes of Patrick Maroon (5 goals), Milan Lucic (3), Ryan Strome (2), Anton Slepyshev (1), Drake Caggiula (1) and Zack Kassian (0) need to be better.

Edmonton isn’t going to win off the backs of Connor McDavid, Leon Draisaitl and Ryan Nugent-Hopkins alone. You’re only as good as your weakest link, and right now the Oilers have a lot of them.

Cammalleri Trade Is a Step in the Right Direction

In the end, this deal, on paper, is a plus for Edmonton. You have to question why the Kings would do this trade considering their offense ranks ninth, and the team is second in the Western Conference standings. Regardless, Cammalleri’s potential linemates in Edmonton, Strome, and Slepyshev (or Caggiula) are an improvement on who he spent the majority of his minutes with in Los Angeles. Left Wing Lock shows that Cammalleri played 16.82% of his minutes with Brooks Laich and Nic Dowd.

He’s also been shooting the puck more than guys like Jokinen, Caggiula, and Slepyshev. Cammalleri’s also been playing similar minutes to Jokinen while he was a King (12:38 TOI). So judging by the numbers, this is a definite improvement over Jokinen. 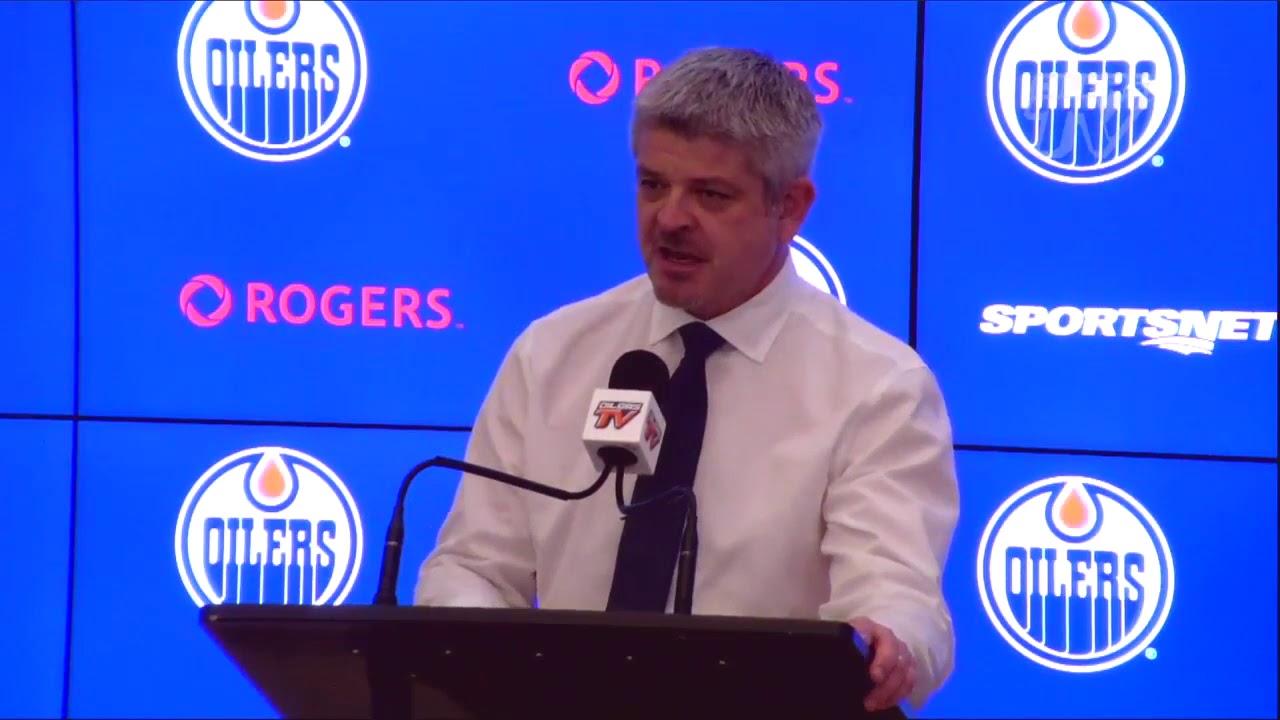 “I’m excited to go there and have an opportunity to play, I feel great. I want to enjoy playing the game and Edmonton is a team that’s pretty exciting to join. I know it hasn’t been the start they were looking for, but it’s a team that can honestly be as good as it wants to be. I’m looking forward to it.”

Edmonton also doesn’t have a triggerman for the power play. They’re using Mark Letestu in that spot right now. With Cammalleri possessing a great shot for the power play, maybe he can help there as well. Having a slightly better scoring forward for five-on-five and one that can step in on the power play is a good thing for head coach Todd McLellan.

The Oilers haven’t caught the same magic they had last year with the man advantage, and the line juggling continues. Cammalleri’s an excellent addition to Edmonton and will be quite useful. The team may still need to pull another move and land a top-six right winger to help the offense. Cammalleri’s a start, but he’s not going to magically solve the Oilers scoring woes by himself.