“We’ve got some skill,” McDavid told Oilers TV after scoring the overtime-winner against the Chicago Blackhawks on Sunday. “Even if it’s not me and [Draisaitl], it’s [Nugent-Hopkins] or some of our defencemen jumping in. It’s up and down the lineup, so we’ve got some skill. We know how to play three-on-three. It’s a different style of hockey that we seem to understand.” 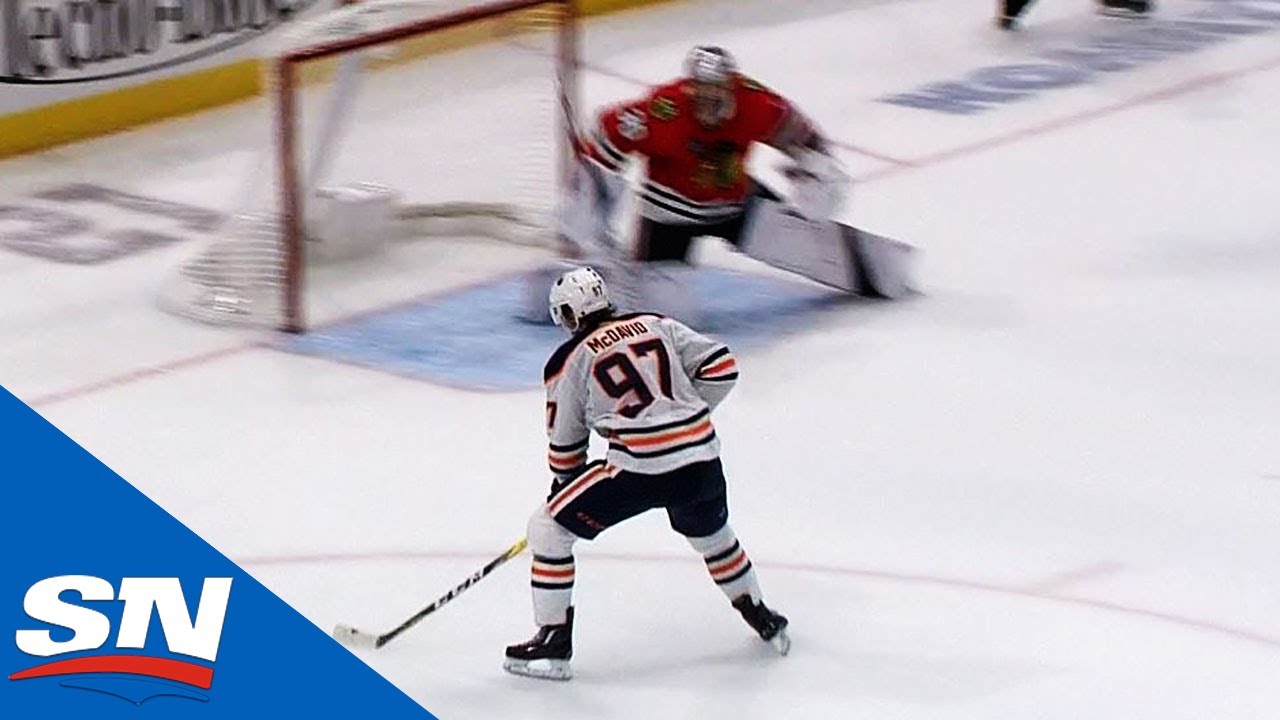 Although head coach Todd McLellan now has McDavid and Draisaitl centering their own lines, he never hesitates to reunite the deadly duo in extra time.

“We’re fortunate to have [McDavid and Draisaitl] in those situations,” McLellan told Oilers TV. “They wait for their moments, and then they make them count. When you have one that slows it down and one that can speed it up, it becomes a difficult task for the other team to play against.”

Here’s a look back at some of McDavid and Draisaitl’s most memorable overtime goals.

By this point in the 2016-17 season, the Oilers had already secured their first playoff berth in 11 years but were still battling with the Anaheim Ducks for the Pacific Division title. Trailing 2-1 late in the third period, Milan Lucic buried a loose puck in the crease to tie the game (assisted by McDavid and Draisaitl) and send it to overtime.

In the extra frame, the Ducks took control of the puck with Ryan Getzlaf leading the attack. However, seconds after crossing the blue line, Getzlaf curled back when he realized he wasn’t going to beat McDavid to the outside and blew a tire. McDavid grabbed the loose puck and skated in on a two-on-one with Draisaitl. Ducks defenceman, Hampus Lindholm made an ill-advised play by trying to take away the shot, which gave Draisaitl the time and space to fire a one-time blast past goaltender John Gibson to lift the Oilers to a 3-2 come-from-behind victory.

The Ducks went on to win a fifth straight division title and eliminate the Oilers in the second round of the Western Conference playoffs, but for one day in early April, the Oilers sat atop the Pacific thanks to this brilliant tally from their two brightest stars.

After the Oilers jumped out to a 2-0 lead in the first period, the Florida Panthers rallied to take a 3-2 lead in the third period. Then, Jordan Eberle ended a career-high, 18-game goalless drought to tie the game 3-3, setting up an entertaining finish.

With just 10.3 seconds on the clock in the extra frame, Draisaitl picked off a pass from Vincent Trocheck behind the Oilers net. He quickly noticed McDavid was behind both Panthers defenders and then delivered a long saucer pass over Aaron Ekblad’s stick that landed right on McDavid’s tape at centre ice. More than 18,000 fans rose to their feet as McDavid skated in on a breakaway in the dying second of overtime.

The Oilers captain scored with a backhand shot before time expired, and although the official signaled a goal, Panthers goaltender James Reimer had the puck in his glove. However, upon video review, the puck was visible through the webbing in Reimer’s glove over the goal line, giving McDavid a three-point night and the Oilers 4-3 victory. While McDavid provided the heroics, that play never would have happened without Draisaitl’s great awareness and pass.

The rivalry between the Oilers and the New York Islanders dissipated decades ago, but this was a game both teams had circled on their calendars. After seven years in Edmonton, Jordan Eberle played his old team for the first time. Of course, he scored against the Oilers to tie the game after Draisaitl had given the Oilers a 1-0 lead. It was, however, Cam Talbot who gave the Oilers a chance to win that night, turning aside 36 of the 37 shots.

Deadlocked after 60 minutes, the Oilers and Islanders went to overtime, where McDavid scored one of the most beautiful goals of his NHL career. Less than 30 seconds into overtime, McDavid nearly picked off a drop pass by Nick Letty, but the Islanders’ John Tavares made a great play to deke out McDavid and create a prime scoring chance. Matthews Barzal, however, fanned on the shot and the Oilers raced up the ice with the puck.

Letty hustled hard to get back, pushing McDavid to the outside and forcing him to leave the puck for Draisaitl who quickly spun around and made an outstanding backhand pass to McDavid who dropped to one knee and put the puck over the shoulder of goaltender Thomas Greiss to win the game 2-1. It was one of the nicest overtime goals I have ever seen.