This has been a rough season for the Ottawa Senators and its fans. Captain Erik Karlsson, Mark Stone, Matt Duchene and Ryan Dzingel are all gone. Team owner Eugene Melnyk couldn’t work out the differences in the RendezVous LeBreton group and now they won’t be moving to the prime downtown real estate. They fired head coach Guy Boucher and sit at the bottom of the standings. It’s been a long season.

They don’t even have their own first-round pick for 2019 which will very likely be the first-overall pick and the highly-touted Jack Hughes. With all of the negativity surrounding the team right now, there are numerous places where Senators fans can direct their cheers. Here are the top five places that fans of the team can look to for the rest of the season.

5. Karlsson & Duchene Re-Signing (But Not With Senators)

While it might seem strange to be rooting for two of the Senators’ best players last season to sign with opposing teams, it’s best case scenario for the club. In both the Karlsson trade to the San Jose Sharks and the Duchene trade to the Columbus Blue Jackets, general manager Pierre Dorion received conditional picks. The condition is that if the players re-sign, the Senators get an additional first-round pick. 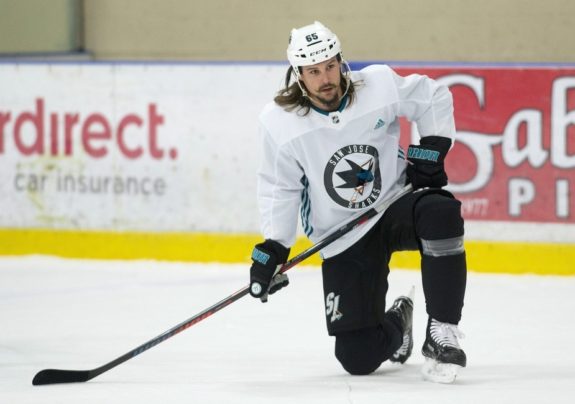 For Duchene, the Senators will receive a 2020 first-round pick if he re-signs there. Karlsson will bring a 2021 second-rounder if he re-signs. There’s more to this, but we’ll get to that. The Senators already have 15 selections in the first three rounds over the next three years, getting another two would really help the rebuild progress.

There could be a small chance that one or both players come back to Ottawa in the summer, but that seems highly unlikely at this point considering the state of the franchise. Therefore, both players re-signing with the teams that the Senators traded them to is the next best thing.

Now this one is linked to number five, in that it only really matters if the Sharks are able to re-sign Karlsson. But if they make it to the Stanley Cup Final on top of extending the former Senators captain, that 2021 second-round pick becomes a first-round pick.

Related – Erik Karlsson Trade: What It Means for Both Teams

With a team stacked with Karlsson, Joe Thornton, Logan Couture, Brent Burns, Joe Pavelski, Evander Kane and Marc-Edouard Vlasic, the Sharks have a real shot at getting to the Stanley Cup Final. If Karlsson isn’t re-signed by then, perhaps a run to the Cup Final will make him want to stay in California. 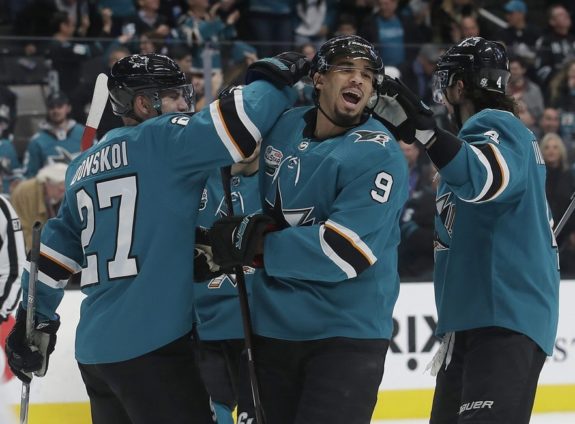 The Sharks already seem like a lock for the playoffs, currently second in the Pacific Division and have a nine-point lead and a game in-hand over the third-place Vegas Golden Knights. If they hold onto that spot, they’ll have home-ice advantage, at least for the first round, and they are 21-5-5 at home. For Senators fans, you should be cheering for Karlsson and the Sharks to get there.

3. The Blue Jackets Missing the Playoffs

A little bit different than the Sharks, Senators fans should be cheering for the Blue Jackets to fall short of the playoffs this season. As a part of the Duchene trade, the Senators hold the Blue Jackets first-round pick in 2019. The lower they finish in the standings, the better the pick Ottawa gets in return.

Granted, the pick is protected if it’s a top-three selection in this year’s draft, but then it will shift to a 2020 first-round selection. The Blue Jackets currently have Duchene, Dzingel, Sergei Bobrovsky and Artemi Panarin all on expiring deals. Getting a 2020 first-rounder might be the best-case scenario.

Should the Blue Jackets miss the playoffs, the Senators will get a higher pick in the 2019 NHL Entry Draft (Marc DesRosiers-USA TODAY Sports)

The Blue Jackets currently sit two points back of the final wild-card spot in the Eastern Conference, although they do have a game in-hand over the Montreal Canadiens, who hold the last spot for now. The playoff battle in the East could work out very well for the Senators and will be watched closely by Dorion and company.

Moving away from the NHL, there’s some amazing hockey being played right in Ottawa. The Ottawa 67’s are having a big season, recently clinching the Eastern Conference title for the first time since 2002-03. They are top of the entire league with two points over the Western Conference’s London Knights. But the 67s aren’t done yet.

They are on track to have a historic season, looking to break records in both wins and points. They also proved that they are all-in this season before the trade deadline, getting Vancouver Canucks prospect and stud goaltender Mike DiPietro, Kyle Maksimovich and Lucas Chiodo, the latter two who had over 50 points prior to coming to the 67s.

On top of their additions, Tye Felhaber is having a season for the ages. He’s leading the league in goals with 56 and is fourth in points with 100. His efforts this season recently earned him an NHL contract with the Dallas Stars. For hockey fans in Ottawa just begging for playoff hockey, the 67s should be top of mind.

Finally, the Belleville Senators are making a big push for the playoffs. For the fans who want to watch meaningful hockey and still cheer for the future of the NHL’s Senators, Belleville is the perfect spot. The Senators are currently in fifth place in the North Division of the AHL, tied with the Utica Comets and four points back of the third-place Toronto Marlies. The top four teams from each division make the playoffs, and it looks like this will come right down to the wire for the Senators.

What’s even more impressive for the club, is that just two months ago they were at the bottom of the division, looking pretty bleak. They have been on a huge run, collecting points in their last 17 games to be back in the playoff hunt. 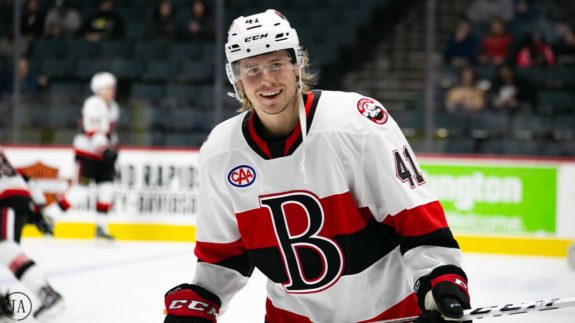 The team is filled with players who could be up playing in the NHL on a regular basis next season. There’s the two All-Stars in Drake Batherson and Christian Wolanin, both of whom have been up and down between the clubs this season. So has Nick Paul, who has been a star for the team through this 17-game stretch. Goaltending has been solid with Marcus Hogberg leading the way. He’s third in the league with a 2.32 goals-against average, sixth for his .918 save percentage and is tied for seventh in shutouts with two.

Also helping the club are two newcomers from the NHL Trade Deadline, Vitaly Abramov and Erik Brannstrom. Both have made an immediate impact, with both displaying tremendous speed. Brannstrom, in particular, has elite patience and confidence that would arguably be above most of the NHL Senators’ defenders.

Cheering for the Senators’ AHL affiliate should be a given at this point. The team is stacked with talent and will be battling hard for a playoff spot in the coming weeks. Belleville’s push should be a top priority for Senators fans to cheer for, as playoff hockey would be tremendous for the prospects in the system. Watching the games will also give a glimpse of what’s to come from within the organization.