With the trade deadline in the rear-view mirror and just a month left in the 2018-19 NHL season, all eyes have turned towards two things: the playoff picture and the individual awards races. The races are heating up down the stretch for several awards, but the closest finish could be for the Norris Memorial Trophy, an award given “to the defense player who demonstrates throughout the season the greatest all-round ability in the position.”

Of all the possible finalists, only two have previously won the award while several others are nearly guaranteed for their best voting finish. How the Norris standings end up will depend on how voters make their decisions this season. Will they vote for a shutdown defenseman, a blueliner posting elite offensive numbers or a longtime veteran having a storybook season?

Barring a big shift over the last month of the season, it looks like the Norris Trophy will be returning to the Pacific Division. Brent Burns of the San Jose Sharks is on a historic scoring pace while the Calgary Flames’ Mark Giordano is putting on an offensive show with a very strong narrative.

Giordano, a 13-year veteran who has spent his entire career with Calgary, is third among defensemen with 62 points. That total is already good for sixth all-time among blueliners in their age-35 or older season. His current scoring pace puts him at 78 points to end the season, which would be third all-time on that list behind Hall of Famers Ray Bourque and Niklas Lidstrom. It’s worth noting that Lidstrom won the Norris that season (2005-06) while Bourque finished second in voting during his historic 1995-96 campaign.

The 35-year-old captain has been top-20 in Norris voting for five straight seasons, with his best finish being sixth place after the 2014-15 season. He will undoubtedly beat that and finish top-three for the first time in his career. On top of his strong scoring numbers, Giordano owns the fourth-highest Corsi (56.8 percent) among defensemen with at least 50 games played. He’s also tied with Morgan Rielly for the second-best plus/minus among blueliners with a plus-31.

But will Giordano’s narrative be strong enough to sway voters from Burns’ all-time great season? The 6-foot-5 Shark has 13 goals and 72 points through 66 games. That 89-point pace would give him the highest offensive output for a blueliner since Bourque scored 91 points during the 1993-93 season. It would also be just the eighth 80-point campaign by a defenseman in the last quarter-century.

The 33-year-old took home the award two seasons ago and is on his way to his third top-three finish. Burns is currently top-five among defensemen who have played at least 50 games in both Corsi and Fenwick percentages and leads in shots on goal. He and Giordano both have the offensive numbers and advanced metrics to deserve the Norris Trophy, giving voters a very tough choice to make.

A recent injury to Kris Letang that has held him out of the last four games has given Morgan Rielly an opportunity to pull away in the goal leaderboard and he’s certainly seized it. The two were tied with 15 goals prior to his injury, but the Toronto Maple Leafs star now has a two-goal lead over Letang for the most among defensemen with 17. With 64 points in 67 games, the 24-year-old trails only Burns in the scoring race among defenders.

As surprising as it may sound, Rielly is attempting to become the first Maple Leafs defenseman to win the Norris Trophy. Hall of Famer Borje Salming finished top-five in voting in each of his first seven seasons while the legendary Tim Horton also had six top-five finishes.

Despite the scoring success, Rielly is being held back by his mediocre advanced stats. His Corsi sits right at 50 percent, nearly a full percentage point lower than Toronto’s as a whole. He is also the only skater on this list with a Fenwick under 50 percent.

As mentioned, Letang’s stock has fallen as he’s missed the last four games with an upper-body injury. Still, he’s tied for fifth in points and tied for second in goals among blueliners. The 31-year-old skates nearly 26 minutes per game, third in the NHL and highest among Norris candidates.

One of these two big-name defensemen is expected to finish as a Norris finalist and it looks like it’s going to be Rielly. His play during Letang’s injury has seemingly pushed him ahead of the pack.

Despite dealing with multiple injuries in his first season with San Jose, Burns’ superstar teammate Erik Karlsson is having a successful campaign for the most part. He leads defensemen with a terrific 59.2 Corsi percentage and 58.7 Fenwick percentage. However, his 45 points don’t stack up with the likes of Burns and Rielly, and by the end of the season, he will have missed at least 15 games. 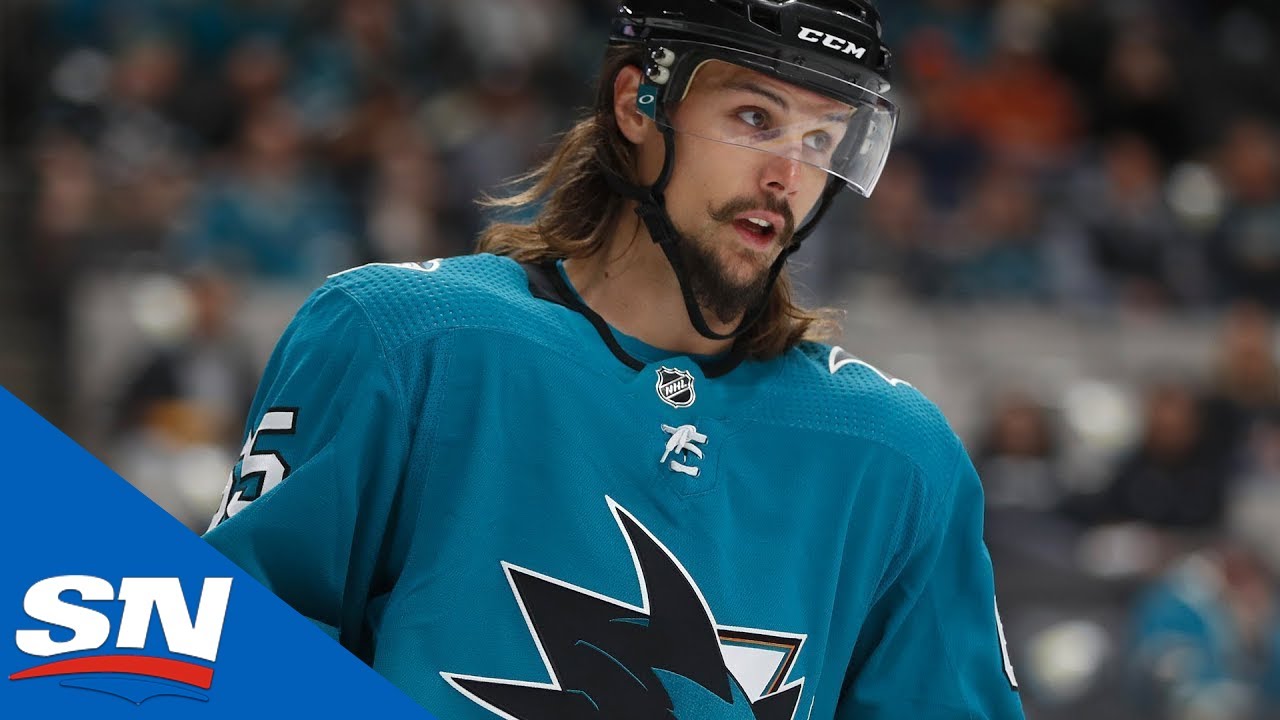 John Carlson is coming off his first top-five finish in Norris voting last season with a career-high 68-point performance. This season, he’s on-pace to eclipse the 70-point plateau for the first time. Of these three dark horse candidates, Carlson appears to be the best bet to finish in the top-five.

Finally, there’s Roman Josi, a key member of the Nashville Predators’ elite blue line over the last few seasons. His current pace of 63 points would be a career best and his second season of 60 or more. His 52.7 Corsi percentage is solid, but it’s identical to Nashville as a unit. Should the Swiss defenseman finish in the top-five, it would be the third such finish of his career.

While it seems like a toss-up between Burns and Giordano for who takes home the award, the rest of the top-five finishers should be in a tight race. Rielly is starting to pull away as his goal-scoring total continues to rise, but Letang and Carlson are hot on his trail. This final month will be an exciting end to what’s likely to be a neck-and-neck finish for one of the NHL’s most coveted awards.

Tyler Bowen is a University of South Florida graduate and lifelong hockey fan. Tyler covers the Pittsburgh Penguins for thehockeywriters.com. You can usually find him obsessing over his fantasy teams and looking for his next gambling tip.