If the injury bug has to bite a team, it best bite at a convenient time, and that has been the case so far this season for the Nashville Predators.

Of course, don’t tell that to Viktor Stalberg or Taylor Beck, who are now dealing with the two most-compromising injuries on the team. Stalberg is out with a long-term knee injury, and Beck has a concussion.

Yet every time it seems that the Predators will have to make a serious roster decision, a natural selection of sorts makes it for them. When Matt Cullen was set to make his season debut, Stalberg went to the AHL for a conditioning assignment, where he later hurt his knee. When Mike Fisher made it back from his Achilles injury, it really seemed the Predators had to make a decision, but Paul Gaustad went out with a lower-body injury, and now Beck. This means that sending Stalberg for conditioning amounts to the toughest decision that Predators management has had to make since the beginning of the season.

Saying that is a convenience is probably not too honest. It just means the decision-making has been easy. It does point out how quickly the Predators have found depth. For the most part, the team hasn’t missed a beat, despite all the injuries coming from the forward units.

Against San Jose last Saturday, the Predators did seem to miss the faceoff prowess and height of Gaustad. At 6-foot-5, Gaustad is a good matchup against the aging but still formidable top Shark units. He is such a good faceoff man that he has taken to teaching the young centerman Calle Jarnkrok some of his veteran tricks, and Nashville was so badly beaten early in the game in the faceoff circle that they could have used some of that knowhow.

But many of the injuries afflicting the Predators now will probably have a bigger impact on the player than the team. Although the Predators have made no real comment to this point, it is quite possible that Stalberg’s injury has spelled the end of his time in Nashville. He was signed in the summer of 2013 to fill roughly the place that James Neal does now. Obviously that didn’t happen. He did not impress early this season either, and his injury, coming on a conditioning assignment, was at the worst possible time for him.

Beck has been an effective player for the team this season, mostly as a checking wing on the fourth line. But with three goals and three assists in 22 games, has also proven to be a help offensively. This is his third-straight season trying to make a splash in Nashville, and it seems that he is finally carving out a place for himself. It remains to be seen how serious this concussion will be for him, but he does have a history of concussions, and that usually isn’t a good thing. 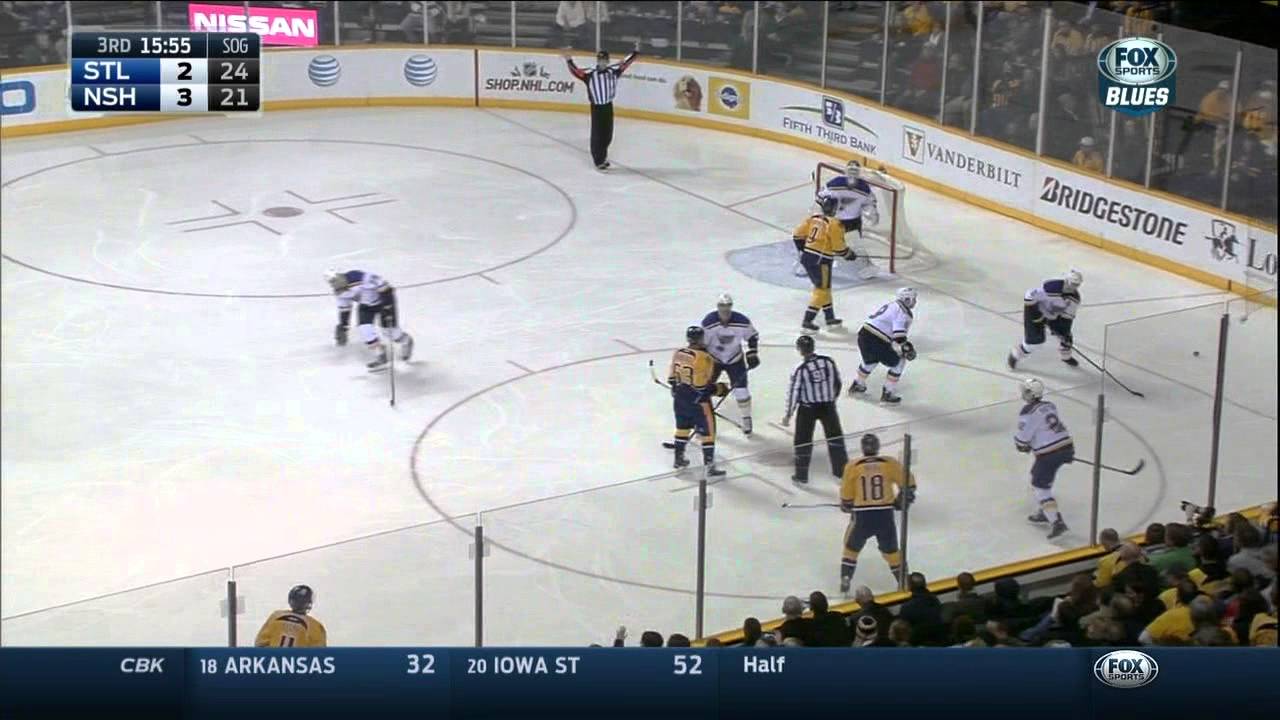 The one person who seems to have benefitted the most recently is Gabriel Bourque. Bourque and Beck, despite Bourque having almost two full NHL seasons more experience than Beck, have roughly traded game-roster spots this season, and until Beck got hurt, Beck had seemingly begun to solidify his hold. Bourque now has three points in 17 games. He once had 11 goals in 34 games in the lockout-shortened 2013 season, so these are not good numbers for him at all. But all three points have come on the just concluded trip, at Arizona and Colorado.

So far, it all seems to keep working out for the Predators, and just in time.