The new season is knocking on the door and with training camps looming, the quest for the opening night roster starts. New players are going to make it to the NHL, of course Connor McDavid and Jack Eichel as the main attraction who will battle it out for the Calder Trophy. In this article though, we are going to focus on the other rookies and will present you some NHL-newbies who have the potential to surprise you in the upcoming season. Let’s have a look who else than McEichel is out there. As a measurement we took the Calder Trophy eligibility rules, which means players cannot have played more than 25 games.

Sam Bennett had a first taste of NHL hockey already last season when he played in one regular season game and 11 playoff competitions. His post-season appearance made everyone in Calgary excited about his future with the Flames organization.

That Bennett is ready to make the team right out of camp seems to be a lock but the biggest question will be where is he going to fit. The center position in Calgary is deep with Sean Monahan, Mikael Backlund, Josh Jooris, Matt Stajan. Therefore probably Bennett would move to the wing which would mean that he could even face top-six minutes. Wherever he is going to play, the Ontario-native is ready to make a splash with the Flames. Calgary fans for sure are going to fall in love with the energetic and high-energy game Bennett plays. He will be a big part of the Flames organization for years to come.

The Buffalo Sabres are ready for a new era, the “Eichel-era”. With all the hype around the second round pick from this year’s draft and the arrival of Ryan O’Reilly, Sam Reinhart sees some pressure falling of his shoulders which keeps him out of the direct spotlight. That might just work out well for the second overall pick from 2014, though. He will be able to go into camp with the main media focused on Eichel which I believe suits Reinhart well. His first stint with the Sabres last season lasted nine games before he was sent back to spend the remainder of the season in the WHL.

In a Sabres team with a couple of high-end prospects, Reinhart should find his spot behind centerman O’Reilly and Eichel in the third line. He doesn’t play with the same energy level like Bennett but he shows a matured play and possesses a high hockey IQ. Long term, Reinhart is set to become the second center behind Eichel and is a nice addition to Eichel’s style of game for the Sabres.

There is not much Max Domi shares with his father and former NHL tough guy Tie Domi in terms of style of game. Max is a tremendous playmaker and is very comfortable with the puck. Although he isn’t very big in size, he shows great skating balance and decent strength. His days with the OHL London Knights are over and he is finally ready for the next step. If that next step means NHL or AHL probably depends on his camp and if he manages to impress. The Arizona Coyotes have a roster spot open for him, especially on the wings where the team is lacking depth. He could play in a top-six-forward role and see plenty of ice time already this season. If he doesn’t manage to impress his coaches in camp then for sure he will do so in the AHL where he would be a key player for the Coyotes’ AHL-affiliate.

VERY interested to see how Max Domi translates to the NHL/AHL. At his best, he's an all-world offensive talent. At his worst, frustrating

The time for Andrei Vasilevsky to shine was when Ben Bishop had to leave game two of the Stanley Cup Final against the Blackhawks and Vasilevsky had to replace him for the remainder of that game plus a couple of other tilts in that series.

He played well and latest by then it was clear to all Lightning fans that they have a real gem in Vasilevsky. He is going to impress you also in the upcoming season. This doesn’t mean that he will compete to become the starter but it will provide Tampa Bay with a good goaltender depth to give Bishop nights off. Long term, Vasilevsky is seeking a starter position and he definitely has the upside to become a solid starter at NHL-level. For now he will remain a strong backup for Tampa Bay and will continue to impress you. His mark of 16 games will most probably increase this season as the Lightning want to give him more ice time to develop his game further.

The Red Wings are a scouting phenome and Dylan Larking could be another important piece for the organization’s offensive talent, especially with players like Johan Franzen, Pavel Datsyuk and Henrik Zetterberg getting closer to retirement. After his NCAA season he joined the Grand Rapids Griffins to play six playoff games with them where he scored five points. Furthermore he got invited by USA Hockey to participate at the Worlds in the Czech Republic, where he didn’t look like a boy among men at all. His matured puck protection game and strength indicated that he is nearly NHL-ready. It might be that he doesn’t make the team straight out of camp as Detroit shows some solid depth but if he would start the season in the AHL I am convinced he imposes himself on the coaches for call ups.

It was a turbulent summer for NCAA defender Mike Reilly. The rumours on his future were daily in papers until he finally agreed on a contract with the Minnesota Wild. There were several teams interested in the Hobey Baker finalist but Minnesota won the sweepstake and there are plenty of reasons why Wild fans should be excited about Reilly. His puckmoving skills and skating agility are off the charts and will fit the Wild needs perfectly as they are lacking the type of defender he is. His skating mobility reminded me a bit of Kris Letang. In his stint at the Worlds Reilly showed that he is NHL-ready and it looks like he is one of the Wild defenders who will be on the ice in the season opener.

Goaltender Connor Hellebuyck has been considered as one of the most underrated prospects. Well that might have changed since he played a stellar World Championship tournament, ensuring USA the bronze medal with outstanding performances and being named into the tournament’s All-Star Team. He hasn’t played a single NHL-game yet but is looking to do so this season. However, the goaltending situation in Winnipeg is a bit non-transparent. With Ondrej Pavelec, Michael Hutchinson and Hellebuyck there are three goalies fighting for the starting job. Pavelec had his best NHL season last year and Hutchinson had also very solid numbers. Even if it is going to be tough for Hellebuyck to make the team, he for sure has a lot of upside and I would be surprised if he isn’t going to make his first couple of NHL-games this season. 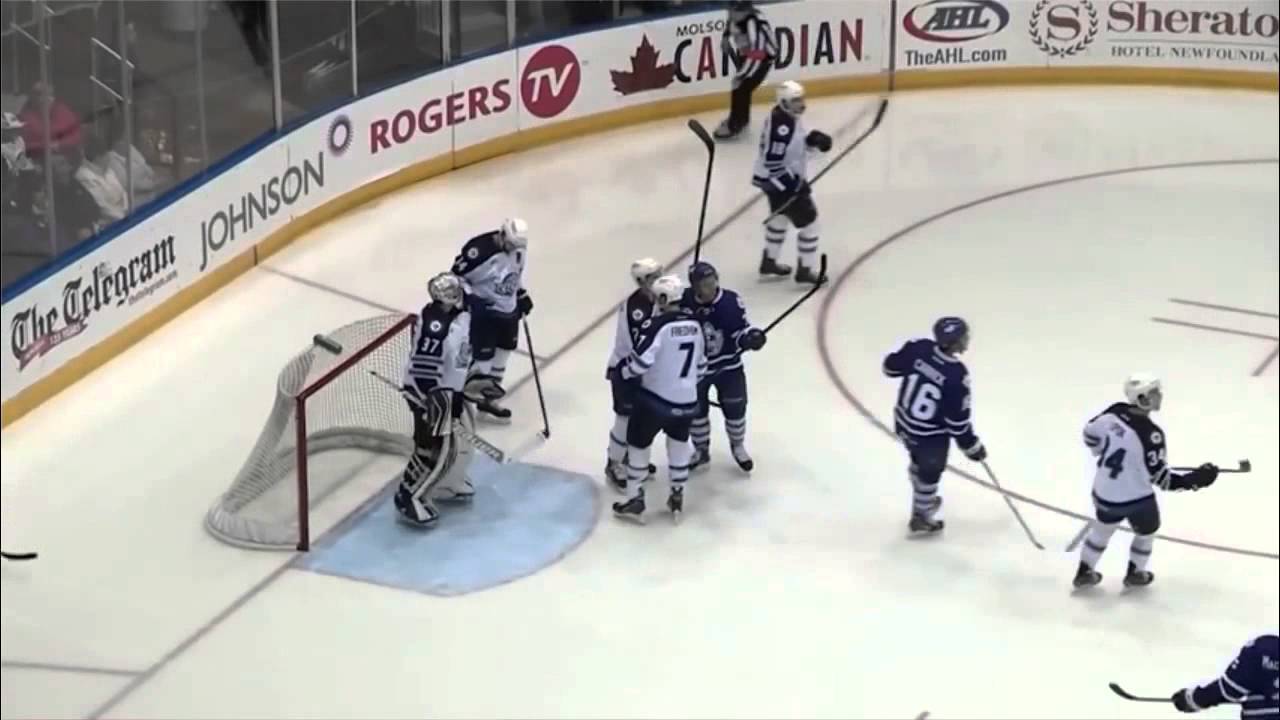 There are many other prospects that need to be mentioned in this article. But if we would list each and every prospect that could make an impact next season then this article would be endless. We have tried to reduce them to a minimum, but list other honourable mentions which you can find below: