Growing up through my formative years in the “Flower City”, I was exposed to professional sports by some of the best 2nd tier leagues in the country. Rochester, N.Y., was one of the first “boom towns” in America. It was once on the cutting edge of technology in photography and photographic imaging. Three of the cities leading companies were KODAK, Xerox and Bausch & Lomb. That’s cameras, copiers and eye lenses.

But through my lenses, I witnessed the fever of the 1970 North American Soccer League championship. Until they were outspent and out priced by the star-studded New York Cosmos, they were the Empire State’s top footballers. Rochester has had soccer clubs competing at the top level in the USA since the early 1900’s.

Most recently, the Rochester Rhinos soccer team have won the US Open Cup in 1999 and 4 League titles.

I spent many a cold spring day watch Ripkin battle it out with Don Mattingly and Wade Boggs in International League play.

The Red Wings are the cities oldest club, beginning play in 1899.

Organized hockey has been a staple in Rochester since the 1920’s. But one of the most stable minor league franchises in the AHL has been the Rochester Americans, or Amerks, as they are know by the home fans. They were awarded a team in 1956. 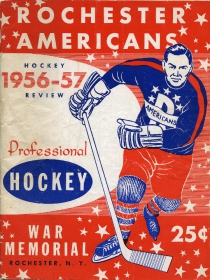 Since 1956, they have played in the same building that has hosted acts from the Barnum & Bailey Circus to Elvis and Led Zepplin. The Rochester Community War Memorial (now Blue Cross Arena) was constructed with a full stage that faces the structure’s main floor. The same stage that threw out guitar picks from rock legends, also was prime picking ground to collect errand hockey pucks.  Those that ventured under the main stage might emerge with an official AHL stamped rubber disk. 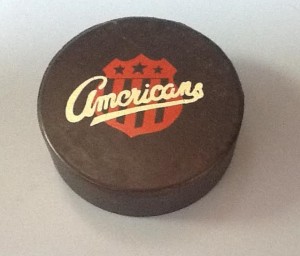 For hockey historians, the Rochester Amerks are a plethuera of personalities and legends. Located on the base of Lake Ontario, it is just a body of water separating it from Toronto, Canada. Their 1970’s soccer rivalry was as fierce if not as legendary as Celtic vs. Rangers in Scotland.

The winners of 6 Calder Cups, the pinnacle of the American Hockey League, the Amerks have been the launching pad or the parachute years for many well know players and coaches.

Rochester has been the arena for some of the most remembered netminders in hockey. Hall of Famer Gerry Cheevers went on to heroics with the NHL Boston Bruins and Cleveland Barons of the WHA. Before he donned the famous “stitches” mask, he wore the American’s iconic shield. 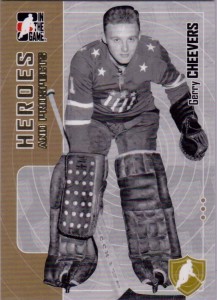 Other goalies have been journeymen. Like Robb Stauber, with whom I caught up with a decade later playing in the minors for Jacksonville of the SPHL. 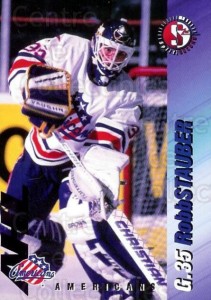 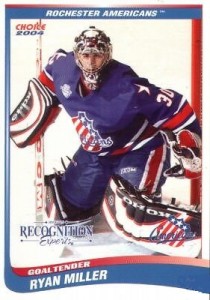 The stops in Rochester for many hockey greats have been to pass on their knowledge and encouragement. Former Maple Leaf, Balckhawk and Canadiens Dick Gamble’s stay was to be temporary, yet resulted in election the AHL Hall of Fame. He won 3 Calder Cups (1965, ’66, ’68) as a player and held the club’s scoring records for almost 2 decades. 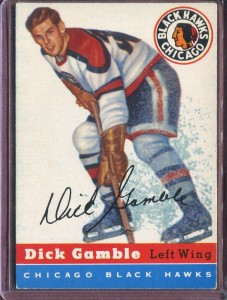 Gamble’s exploits were followed up as Rochester’s coach (1968-1970). His records were broken by perhps one of the best minor league stars ever – Jody Gage. 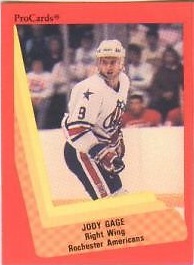 But few Amerks players went on to make a mark like the man they call “Grapes”, Don Cherry.

Don’s humble playing career swirled around the AHL and finally landed in Rochester. The end result for the patriotic Canadian, was calling the shots as head coach for the Americans. After 3 seasons, he was called up to do the same for the NHL Champion Boston Bruins. His antics, words and personality have become part of hockey folklore. 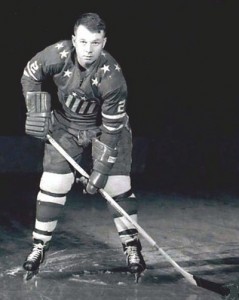 The Rochester Americas continue to turn out NHL talent and have played an even had a larger role as the neighboring Buffalo Sabres were once owned by a Rochester native. Several Sabre’s home games have been hosted at the War Memorial. And the local support of the businesses has kept the franchise financially equitable. 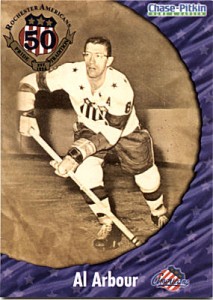 Rochester fans are in the certainty that they will see memorable sports moments as long as they have a team.