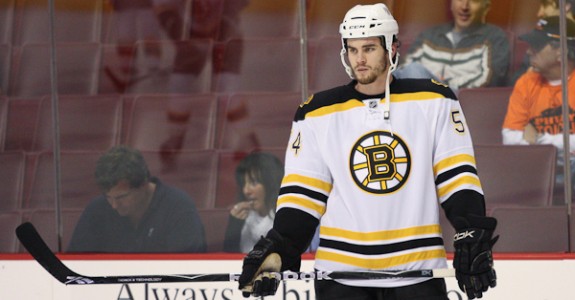 Blessed with size, Ryan Collins is a 6’5″ shutdown defenseman in its truest sense. His long reach makes him great at pokechecking the puck from the opposition and he can lay guys out by stepping up and throwing his body around. He’s still quite lanky for his height, but he can be even more imposing on the blueline when he gains a few pounds.

He sticks to forwards like glue and makes it difficult for them to beat him cleanly. Collins’ focus is to drive forwards to the outside and not clog up the middle. He’s great at shot blocking and clearing players from in front of the net.

It’s every young Minnesota player’s dream to play for the Golden Gophers and Collins will be joining the University of Minnesota in the fall. He will have to work on his skating and mobility as that’s been a hinderance for him.

Collins has potential to go in the 2nd round, but he’s more likely going to be a 3rd round pick.

“At 6-4, 210, Collins is Team USA’s biggest body on the blue line. He has good range and moves well for his size, using his reach very well. Collins can be physical, but may not be classified as a snarly defender. Keeping things simple makes him successful in his own zone. He has limited puck skills, but is more than capable of making a good first pass out of the zone and making quick decisions when the puck is on his stick. With just five points this season, there’s not going to be a lot of offense coming from Collins.“

Collins has won a bronze (U17) and gold (U18) medal in the two times he’s appeared for Team USA.

Clears players from in front of the net

Adding weight to his lanky body