A big center with a high-level of skill, Sasha Chmelevski might not be listed among the top prospects entering the NHL Entry Draft, but he could be a steal in the middle rounds. He still needs to fill out – at just 187 pounds – but his offensive skill already sets him apart from others in this draft.

While Chmelevski had a tough year on the defensive side of things, he did notch 21 goals and 43 points in 58 games during the regular season for the Ottawa 67’s. He added four points in six playoff games before his club was knocked out of the OHL postseason.

Chmelevski is a playmaker that can really open up the ice for his teammates with the way that he sees the ice. He can get up and down the ice fairly well which only makes him a bigger threat on the offensive end.

He may be one of the more underrated players in this draft, but expect Chmelevski to go anywhere from the later part of the second round or into the third round of the draft. It will depend on how things unfold for teams through the first two rounds, but wherever he goes it’ll be a solid pick for the team he ends up with.

“Chmelevski is a playmaker that possesses great vision and hard and accurate passing skills. Can distribute the puck really well in tight and finds lanes where there is usually no space for a successful pass. Possesses good top speed and quick acceleration. Has very smooth hands, probably his biggest asset.” – Dennis Schellenberg, Hockey Prospectus

If Chmelevski can grow just a little bit, he should find his way into a top-six forward spot in the NHL. While he’s a natural center, don’t be surprised to see him find his way onto the wing to help him garner a spot on the top two lines.

It’s not your commonly talked about hockey award, but Chmelevski was just named the OHL scholastic player of the year – or the Bobby Smith trophy. He finished the year with a 98% average, according to TSN 1200.

2017 draft prospect Sasha Chmelevski is your OHL scholastic player of the year. One of his classes? Probabilities and Statistics. 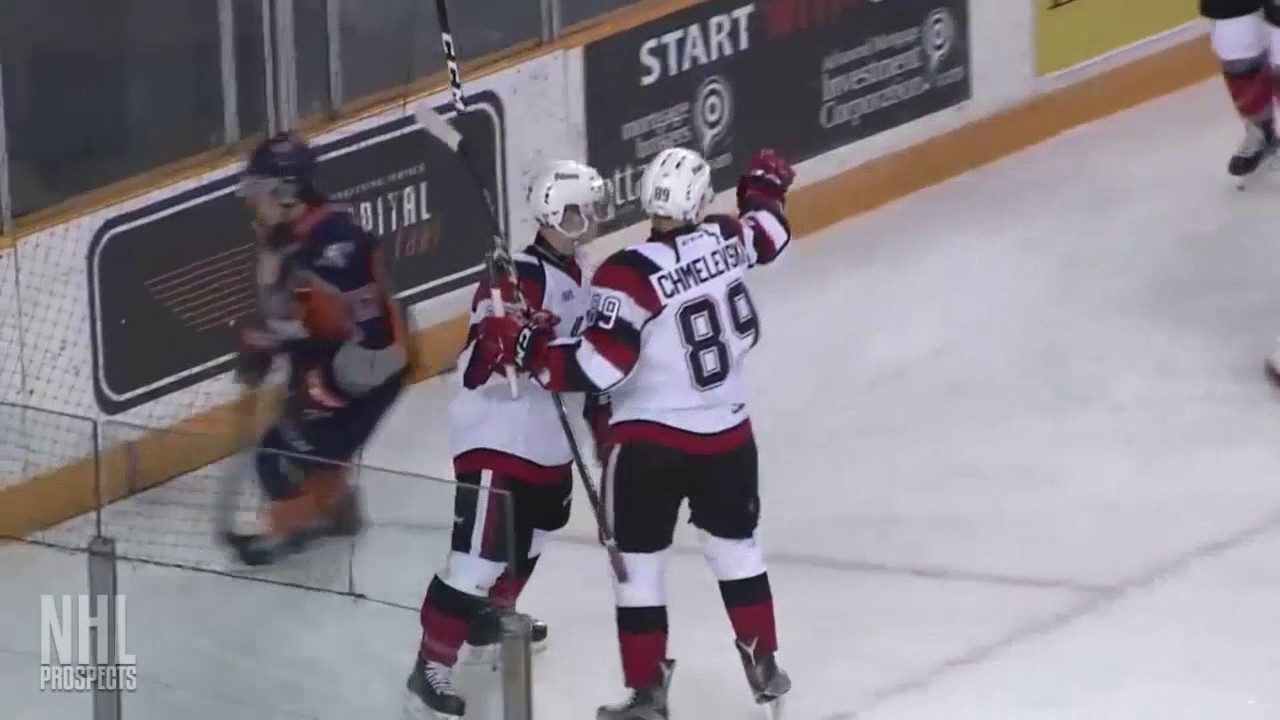 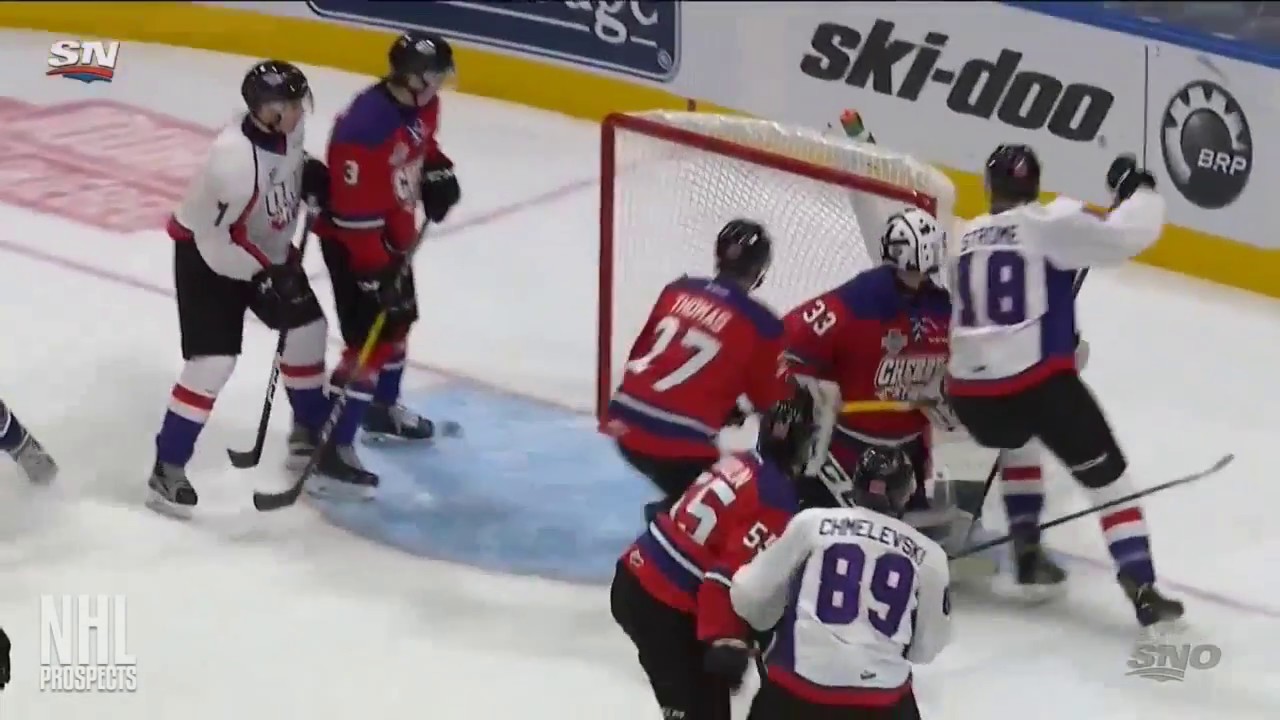