The newest member of the Vancouver Canucks has yet to make a significant impact on the ice. Since arriving, in 43 shifts over 32:13 of ice time against the Edmonton Oilers and St Louis Blues, he has zero goals, zero assists, and is a -2 skating on the second line. The only noticeable thing David Booth has really done thus far in Vancouver is generate seven shots on goal – that’s more than twice the number of SOG that new Panther Marco Sturm managed in six full games before the trade.

Even though his addition coincided with consecutive losses, Booth brought with him a couple of good things: short-term, it took some attention away from the ridiculous storm brewing over Roberto Luongo’s early season numbers. Long-term, it showed increasingly impatient Canucks fans that GM Mike Gillis can and will make changes when it makes sense to his franchise. Mikael Samuelsson was enormously popular in the Canucks dressing room, but his ever-streaky performance and ever-creaky body was deemed expendable to get a younger, faster, potentially more dangerous scorer to play with Ryan Kesler. 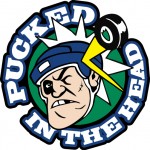 Jason Kurylo is the creator and co-host of Pucked in the Head, a hockey podcast with listeners on four continents and blog that balances knowledgeable hockey analysis with an admittedly bent sense of humour. When he is not memorizing useless hockey trivia, Jason can be found making googly eyes at his wife Nadia and young daughter Milla. He is almost certainly eating a chewy nougat-filled treat at the very moment that you read this.

Recent articles here at The Hockey Writers by Jason: