As it turns out, Alexander Burmistrov may have had bigger problems than Claude Noel.

Winnipeg Jets fans will recall that Burmistrov and Noel had a tumultuous relationship at best, leading to Burmistrov’s departure for the KHL before the 2013-14 season. When Burmistrov returned, it was hoped that, under a new coach, he could be a stronger contributor and make the Jets a better team.

Whether or not he did that depends on who you ask, as Burmistrov is just as divisive a player now as he was when he left the team back in 2013. His underlying numbers before he left were solid, and his offensive statistics, at just 10 points in 44 games left a lot to be desired. Upon his return, it was more of the same, only perhaps even worse, because this time even his possession numbers didn’t hold up and his offense didn’t seem to have improved over two years in the KHL.

Now, with prospects knocking on the door after years of maturation in juniors, college, and the AHL, the Jets have decisions to make. Does the slim, skilled, enigmatic young man from Kazan get another chance, or does he become a victim of a numbers game in Winnipeg?

First of all, in defense of the slick young Russian, I don’t think anybody was expecting him to transition back to North America seamlessly after two years overseas. There’s often an adjustment period for players going to new teams even within the same league, and switching continents and going to what was, in many ways, a very different team from the one he left, was not a favourable circumstance for Burmistrov.

Burmistrov also saw plenty of time on the penalty kill, an area the Jets are always in need of expertise on, thanks to the style they play. While the Jets’ penalty kill left a lot to be desired, it would be a mistake to lay that at the feet of any one player, and Burmistrov contributed well in a defensive role.

And of course, there’s the skill. Much like Chris Thorburn, as we discussed last time, Burmistrov teases you with flashes of brilliance, but his flashes of brilliance come in the form of sensational puck handling and dangling, and they come once or twice a game. Every now and then, he also unleashes a lethal shot.

The argument from Burmistrov’s supporters is that if you can get him to use that shot more, and give him some decent linemates, the offense will come for the former 8th overall pick. His skills are evident, and this, perhaps, is what makes him so frustrating. Every now and and then, sometimes only for a shift but just enough for you to see the potential, it all comes together for him. 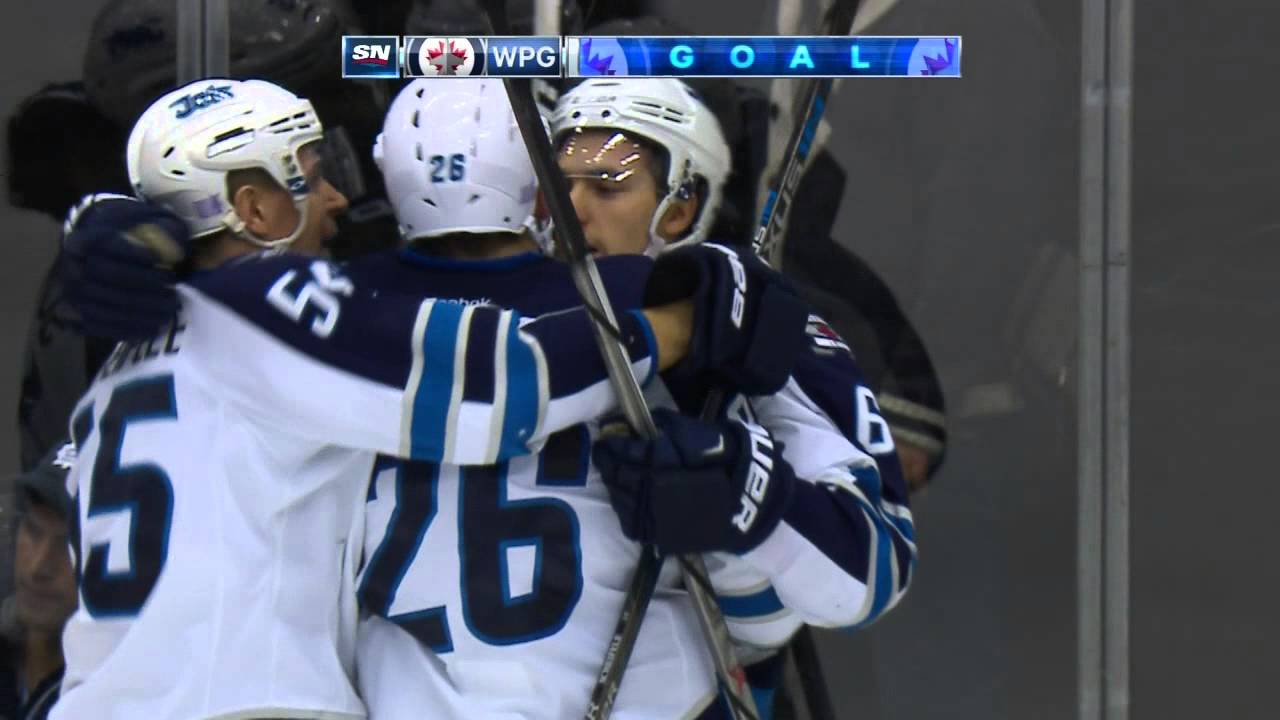 I was prepared to be patient with Burmistrov upon his return, given his low salary and high potential ceiling. After 81 games from him, I have to wonder if it isn’t time for Jets fans, and indeed the Jets themselves, to reevaluate that high offensive ceiling. Burmistrov has never scored more than 28 points in a season, and I don’t care how good your possession numbers are, for a player of Burmistrov’s skill level that’s simply not good enough. 7 goals in a season is simply not good enough, not for someone who was supposed to be your third line centre.

The argument that Burmistrov needs better linemates is a well-worn one, and dates back to the time when Burmistrov found success in limited showings with Evander Kane, but this year, with a slough of injuries down the stretch, Burmistrov did get a chance to play more minutes and with some more offensively gifted linemates. In the end he had very little to show for it, even though he frequently saw time on the second power play unit.

The above highlights make Burmistrov’s seeming inability to put the puck in the net all the more frustrating. He’ll pull a nifty move to get around one defender, and might even manage to get around a second, but will then either be stripped of the puck by a third man, or shoot the puck wide/over the net. If I had video footage of all the times Burmistrov turned an offensive chance of his own making into a rush the other way, the clip would last hours.

Burmistrov does so well to make plays out of what seem to be harmless situations, but then destroys that play by making one move too many. It’s the kind of thing that seems like it should be coachable, but 81 games weren’t enough to cure it, and I wonder if another 81 or 82 will bring any changes either. I hope so. Maybe the Jets newly created competition for roster spots will bring out the best in him. Or maybe Paul Maurice will succeed where Noel failed. Regardless, it was not a good year for the young Russian, and the World Championships don’t seem to be improving it for him.

Alex Burmistrov's stay line from Worlds. Three games, no goals, no assists. I wish that guy would discover his offensive touch. #NHLJETS

Burmistrov is just awful tonight. Would expect him to be benched for quaters

There are a bevy of other, unkinder tweets on the subject, but the point is simple: Burmistrov isn’t having a great tournament.

Much like Chris Thorburn, Burmistrov may find himself the victim of a number’s game soon. Some Jets forward (Scheifele, Wheeler, Ehlers, etc.) have their spots locked down for next season, but others, like Burmistrov, are going to be in a fight for theirs, a fight made all the more complex by the shifting of the depth chart that’s going to occur once the second overall pick arrives, whoever it ends up being.

On a purely objective basis, looking only at the numbers and facts, Burmistrov didn’t have a great season, but he didn’t have a spectacularly bad one. His possession stats were bad, and his offense was worse still, but nothing about this year went as planned for the Jets, and that Burmistrov should have a rough year is no surprise. He was a young player on a bad team, and you could dismiss it at that. He’s still at the age where he could improve next year, and his salary is small enough that he’s not hurting the team in the books. Last year, by itself, isn’t a dagger to his career.

Last year by itself, however, isn’t the only basis for evaluating, and in three season as a Jet and four in the NHL Burmistrov hasn’t done much more than tease us. He’ll have to do better than that now. After all, he left the Winnipeg Jets for two years and was supposed to return a more well-rounded player.

I don’t believe Alexander Burmistrov stays long term. If he makes the team this year, he has to understand that with his contract expiring, he’s on his last chance with the Jets,. After all, there’s a murderer’s row of young scorers in the Jets system nipping at his heels and clamouring for his ice time.

My bet: Burmistrov goes, if not in training camp then by the trade deadline. But I hope the young man proves me wrong. It would be nice to see him put that package together consistently.