The goalie mask started out as a humble protective device but quickly grew into a means of personal expression and a display of team pride. Here are the five most iconic masks worn by Chicago Blackhawks goaltenders. 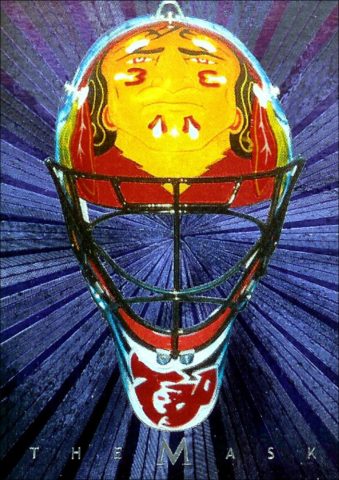 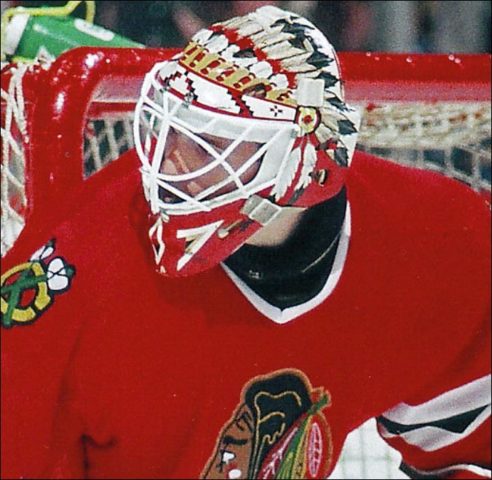 4. Darren Pang
Darren Pang is better known  for his career as a color commentator than his two years with the Chicago Blackhawks. His goalie mask design utilized a Native American headdress above the face cage – a design that would be revisited by Jeff Hackett several years later. Pang’s mask is cool enough to be on display at the Hockey Hall of Fame in Toronto. 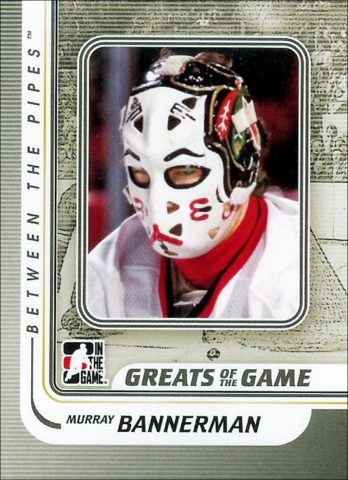 3. Murray Bannerman
Murray Bannerman’s mask is memorable because it is so darned creepy. The painted hair, eyebrows and war paint against a snow-white face made his mask resemble that of a Japanese Kabuki performer more so than the mask of a goalie. The sight of an artificial face with real eyes peering back at you was always so unsettling. 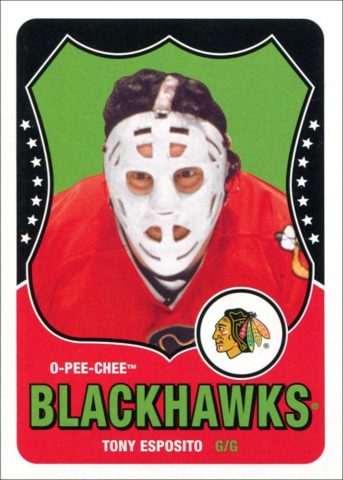 2. Tony Esposito
Tony Esposito‘s plain white mask is iconic because it is just a plain white mask. This was during an era where masks were adorned with everything from stitches to snakes. Its decided lack of design is what made Tony-O’s stand out, like the kid in school who doesn’t try to act cool because he doesn’t have to. His was the ultimate blue collar goalie mask, one that subtlety said “I’m not here to impress you with my mask, I’m here to stop pucks.” The mask became even more utilitarian when Esposito added a few cage bars to protect his eyes. 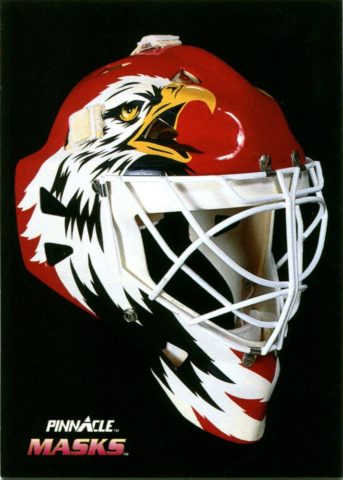 1. Ed Belfour
By the early 1990s, goaltenders were practically EXPECTED to wear a mask bearing a design. Ed Belfour‘s mask delivered. Nicknamed “the Eagle,” Belfour’s mask was colorful, adorned with eagles on either side and devoid of any Native American references – a design that was more about himself than the team, which was fitting in retrospect. The eagle motif would be re-used for every subsequent team Belfour played for – but really, it was just a rehash of what was made famous in Chicago.