Lias Andersson, son of former NHL’er Niklas Andersson, an amateur Los Angeles Kings scout who represented five different NHL teams over nine years between the 1992-93 and the 2000-01 season, is expected to outshine his father by getting drafted by an NHL team in the first round this summer.

As good of a player as Niklas was, Lias could be something else. Already in his second season with HV71 in the Swedish Hockey League, young Andersson has settled in the lineup, and he’s contributing as if he was a veteran. After 37 games so far during the 2016-17 season, he has 17 (7+10) points. All the more impressive if you consider the fact that he’s mostly covered the role of a third or fourth liner, averaging 13:19 minutes of ice-time per game.

“I try to work hard in the offensive and defensive zones and push the guys on the bench,” Andersson told The Hockey News in August 2016. “I want to be a leader. I want to run the power play, play big minutes, make space for my teammates and score some goals.”

This is where we can identify the beauty of Andersson’s game. He’s both a hard-working, fearless type of player with an unmistaken attitude – and a high-level producer with smart hockey sense, finesse, and great finishing qualities.

Andersson is far from perfect, although it is inconveniently difficult to point out any specific weaknesses that may affect him. In early 2016, he was asked about what he needs to improve as a player. “It’s the small details,” he said to Hockeysverige. “I have to get better especially [with the play] around the net and along the boards. Then, of course, I have to get stronger and things like that.”

As shown in the 2017 World Junior Championships, his strengths tend to outweigh his faults. A lot of that is thanks to his determination of doing what it takes to win. Also, as a bonus, if he can keep polish that wrist shot of his, which he let loose several times in the World Juniors, he will surely have a good time in the NHL.

Notwithstanding a minor decline in the draft projection rankings over the winter, it would surprise me if Andersson would end up on the upper side of 20. Rather, I reckon that he will get selected someplace between 15th and 20th overall.

“A late ’98 birthday, Andersson is an excellent two-way player who excels in every part of the rink. Can completely drive a line with the way be attacks the game. Not sure if he’ll ever have elite skill, but is such a valuable player.” – Jeff Marek, Sportsnet

“Work ethic and consistency elevate him above peers. Does it all. Natural leader.” – ISS (International Scouting Services)

Projects as a top nine center and/or winger in the NHL. Possibly top six.

Andersson has won a lot of individual awards thanks to his outstanding 2015-16 season alone. After 59 points (24+35) in 37 games, he claimed the title of Most Assists, Most Points, and Most Points by U18 Junior overall in the J20 SuperElit.

Apart from his domestic junior league success, he has impressed for the national team of Sweden, having won a silver medal in both the Hlinka Memorial (2015-16) and in the U18 World Junior Championships (2015-16). After the U18 WJC, Andersson was officially awarded as one of Sweden’s top three players of the tournament. 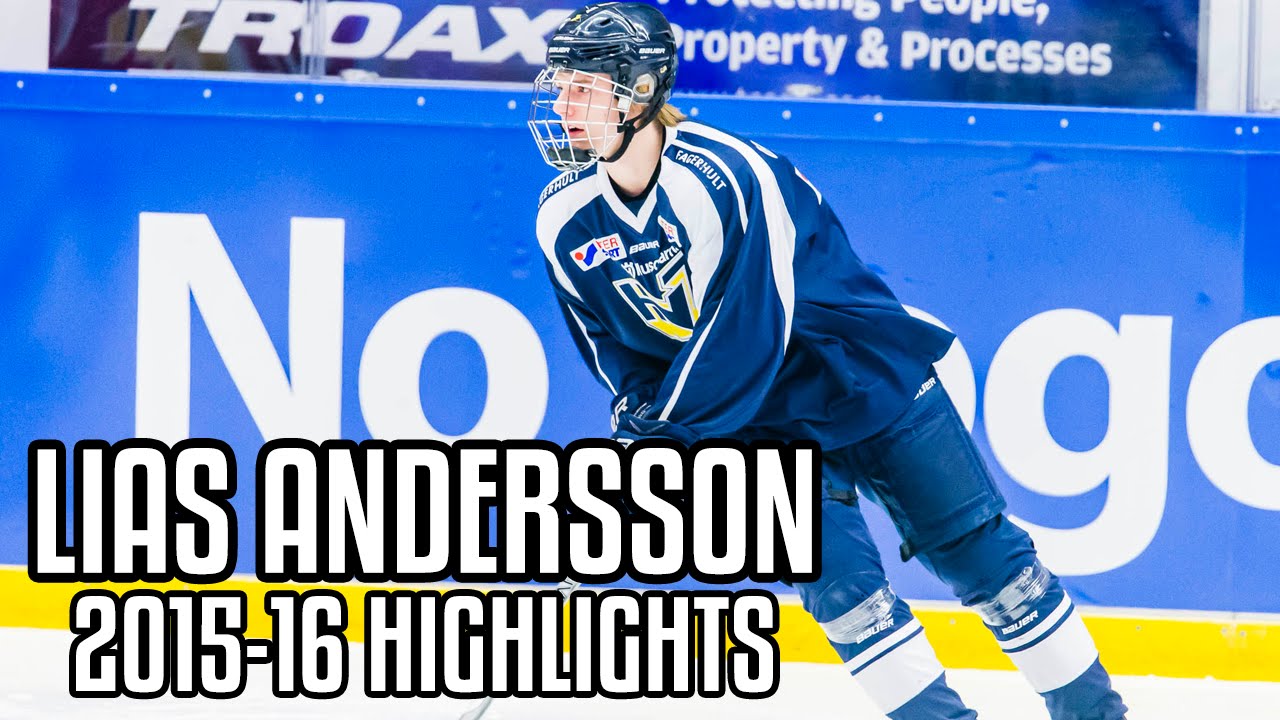