Some might argue that the Oilers have an addiction to collecting small, skilled forwards. I cannot refute this, particularly with the news Wednesday that Edmonton has invited undrafted 18-year-old Vladimir Tkachev to their upcoming training camp. Neil Hodge covers the Moncton Wildcats, Tkachev’s junior team, and tweeted Wednesday that Tkachev was one of two Wildcats who would be attending NHL training camps this season.

Tkachev came over from Russia to the QMJHL midseason last year and immediately made his mark. Ranked 54th in THW’s The Next Ones Rankings, he had already impressed in the Subway Series before making his debut in Moncton, where he racked up 30 points in the 20 regular season games he played. He finished his six playoff games with nine points. The kid is dynamic, and seemingly able to get the puck into the net in nearly any situation.

Odd, that a player who averaged better than a point per game would go undrafted, but his size had some concerned. He was seen as having his space taken away by his more physical opponents, despite his propensity for making creative and sneaky plays. Still, more than once source had his skill level compared to that of a typical first-rounder, and the ability to avoid or get out of sticky situations can be learned through experience. Once he gains that experience, the combination could be quite the asset for Edmonton. Also, it should be remembered that this was Tkachev’s first season (and not even a full one, at that) on the smaller, North American ice. When he is given more time to adjust, his size could become less of a liability. 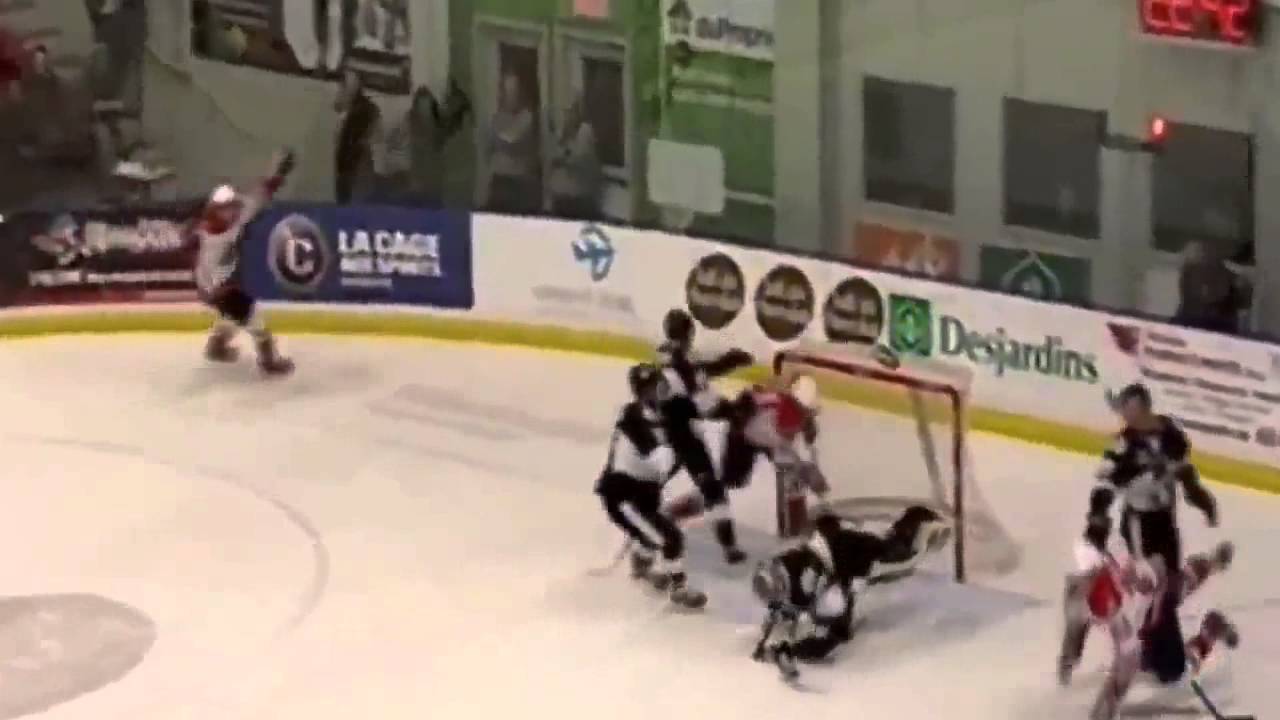 No Harm, No Foul

I was disappointed when the draft ended in June and I realized that no one had taken Tkachev. In the mock draft I participated in over at High Heels and High Sticks, we had him going to the Blackhawks at 27th. Granted, we were pretty wrong about most of the picks, but the point remains that he stood out enough to warrant the mention. After realizing he’d been passed over, I remember hoping that some team would take a chance on him like the Carolina Hurricanes did on Sergei Tolchinsky last year. Tolchinsky went undrafted, but was later signed to an entry-level deal by Carolina, and ended up having a terrific 2013-2014 season with the Sault Ste. Marie Greyhounds, putting up 91 points in 66 games. Now Edmonton has the opportunity to take a similar route with Tkachev.

Small, skilled forwards are typically high-risk, high-reward, which makes this kind of the ideal situation for looking at them. The Oilers are in a nice place here – they didn’t have to use a draft pick on Tkachev, and by inviting him to their training camp can observe him in their environment amongst their other prospects and players without any investment yet on their part. It benefits Tkachev as well, as it allows him a chance at signing with an NHL team rather than going through the draft again next spring. Yes, the Oilers have a fondness for small, skilled forwards, but is stockpiling talented prospects actually a bad thing? Tkachev can be sent back to juniors (and indeed should), and a player of his caliber can be a steal in a situation like this.

And if it doesn’t work out, no harm done, right?