Todd McLellan is in search of a new home, and the Edmonton Oilers are reportedly amongst the top potential suitors.

As the Head Coach of the San Jose Sharks for the past seven years, McLellan has become widely known as one of the most successful regular season coaches in the NHL. In his seven seasons behind the Sharks’ bench, Todd accumulated a 311-163-66 record in 540 games, good for a .637% winning percentage.

One knock on McLellan is that he and his Sharks consistently failed to make any sort of substantial playoff push. In fact, in McLellan’s time behind the bench, despite reaching the Stanley Cup Playoffs in six of seven seasons, San Jose was only able to reach the conference finals twice, series’ in which they were eliminated in four and five games, respectively.

At the end of the day, Todd McLellan is a tremendously skilled coach. His proven, consistent success with the Sharks from his arrival in 2008 until his final season in 2015, when he and the Sharks “mutually agreed to part ways” indicates such. Now in search of another head coaching position, McLellan is arguably the top coach available to teams this off-season, other than Mike Babcock.

One team which is rumoured to be highly interested in McLellan’s services are the perpetually unstable Edmonton Oilers. Yet, despite his proven success over the years, Todd McLellan simply should not be considered for the Oilers’ head coaching role, and I’ll tell you why…

Stability is the Key 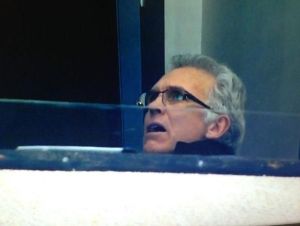 The Edmonton Oilers and it’s players have endured a huge amount of change over the past few seasons, in terms of both players and coaches. Not only have players come and gone at a frantic pace, but so too have head coaches. Since Craig MacTavish’s eight year tenure came to an end following the 2008-09 season, the Oilers have had five different head coaches over a mere six seasons.

When looking throughout the NHL, it is clear to see that teams whose coaches have a relatively long tenure, tend to be the most successful on the ice. This is because over time, the players of a given team are able to adequately adapt to the playing style and expectations of one particular coach. Clear cut examples of such are the Detroit Red Wings with Mike Babcock and the Chicago Blackhawks alongside Joel Quenneville.

Sure, Todd McLellan would be a great hire for the Oilers, but let’s not be too quick to wash away the progress Edmonton and it’s players made under head coach Todd Nelson.

Despite a 17-25-9 record in 51 games this past season, the Oilers displayed improvement under Nelson, who took over for the team after a disastrous 7-19-5 start. While certain players in particular, such as Nail Yakupov, improved drastically under Nelson, who showed confidence in Nail by increasing his playing time in all situations.

Unlike previous coaches in the past, the Oilers players seemed to respond well to Nelson and the defense first systems which he implemented into Edmonton’s game. Known as a players coach, the Oilers’ roster appeared hungrier and more competitive than ever under Nelson, who helped lead the Oilers to upset after upset against Stanley Cup contenders such as the Chicago Blackhawks, New York Islanders and Washington Capitals. Oh, and don’t forget about the Oilers’ April 7th victory against the Los Angeles Kings; a 4-2 win which was the nail in the coffin of the 2014 Stanley Cup Champions.

Oilers Must Think About the Future

In making a coaching decision for the 2015-16 NHL season, the Edmonton Oilers must think about the future rather than the present. 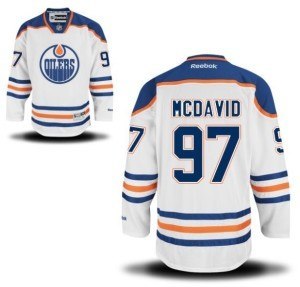 In the past, the Oilers have had the skill, yet have failed season after season to put together a successful campaign. At the end of the year, the scapegoat has always been the coach. It’s almost as if management expects annual coaching changes to bring about a completely different team and results. However, each coach is unique in terms of the systems he desires and what he expects from his players. As a result, changing these expectations every year has led to a perpetual confusion among Oilers players, who are forced to grasp a completely new method of how to win games every season.

In what is a ground breaking concept, the Oilers need to retain Todd Nelson. Nelson had success last season behind the Edmonton bench, and was able to create a positive attitude moving into next season. If the Oilers roster continues to improve, as it will with the pending arrival of Connor McDavid, Edmonton will need not only consistency behind the bench, but also a coach with which the players trust and are comfortable with. That man is Todd Nelson.

If Oilers history has anything to say about stability, remember Glen Sather? He coached the Oilers for ten seasons, and despite a couple of rough campaigns to start, was retained as head coach. The results? Four Stanley Cups in ten seasons. Although Wayne Gretzky played a large role in the success, the arrival of Connor McDavid could see history repeat itself in the City of Champions.