There is a reason why people say, “defense wins championships.” Without great defense teams are incapable of making long playoff runs, just ask the 2010 Washington Capitals or the 2003 Detroit Red Wings. Today, defenders are being judged more by their offensive prowess than their ability off the puck. Ultimately a defenseman who does not defend is merely another forward leaving his team exposed. A team must have depth at defense, all six defenders need to be just as strong without the puck as they are with the puck. Both the 2012 New Jersey Devils and 2014 New York Rangers were among the league’s lowest scoring defenses yet they both made it to the Stanley Cup Final. What makes a great defense is not offense. It is also not entirely defense but a combination of these qualities. With this in mind let’s take a look at the best defense lineups entering the 2015 NHL season. 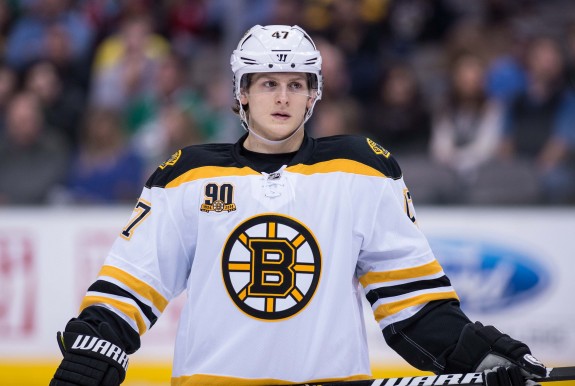 Despite showing some age the Bruins still boast the best defense in the league. The biggest reason why Boston has maintained their strong blue line is not because of Norris trophy winner Zdeno Chara but thanks to their emerging young stars. Torey Krug and Dougie Hamilton have already proven they can play at the NHL level finishing second and third in defensive scoring for the Bruins in 2014. That doesn’t even include Matt Bartowski who for convenience sake did not make the six man roster. Excluding Dennis Seidenburg or Adam McQuaid both of which played under 40 games, the Bruins will only be returning one defenseman who finished with a negative relative Corsi. The least of this teams worries will be defense when the 2015 NHL season begins.

The Rangers defense took a hit when they lost Anton Stralman to free agency but they gained Dan Boyle who should be able to fulfill a lesser role in New York during the 2015 NHL season. The Corsi numbers do not truly reflect the Rangers ability on the blue line. Only Kevin Klein had below a minus 3 in 5v5 goal differential during the 2014 season. John Moore, Marc Staal and Ryan McDonagh solidify the teams strength down the left side and were also among the top four in defensive scoring for New York.

Can you feel the storm? Steve Yzerman has been slowly building a juggernaut in the Eastern Conference. The Lightning were dismantled at the hands of the Canadiens in 2014 but soon Tampa Bay will be a true threat in the east. To start things off they acquired arguably the Rangers best defensemen during 2014, Anton Stralman. They also added Jason Garrison who has one of the hardest shots in the league. On top of that none of their returning defensemen finished with a negative plus-minus or a negative goal differential. It also helps that young stars Radko Gudas and Andrej Sustr have filled starting roles quite nicely. Lastly, they still have Victor Hedman who is one of the most unappreciated and underrated defensemen in the entire NHL. 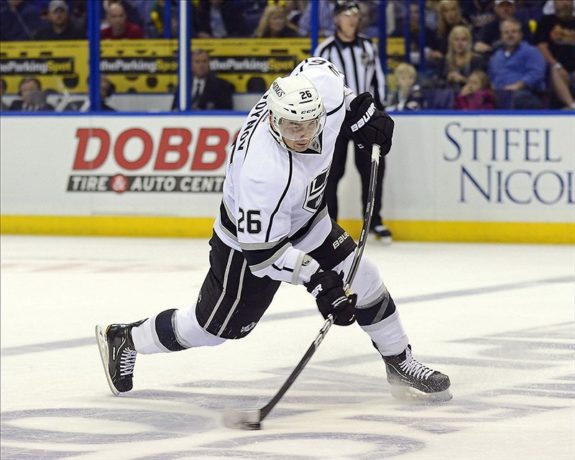 “Defense wins championships.” The Kings have adopted this mentality and used it throughout the lineup and should continue to do so during the 2015 NHL season. Drew Doughty may get all the headlines as one of the best players in the league but the Kings have numerous other stars on defense. Jake Muzzin, Slava Voynov and Alec Martinez round out the teams defense who are all under 30 years of age. On top of that all four players finished the season with over twenty points each. The Kings are not done winning with the amount of young talent they have on the blue line.

The Blues were one of the most offensive defenses in the league during the 2014 season. On top of that only Ian Cole and Carl Gunnarsson finished the season with under a negative 1.0 in relative Corsi. Alex Pietrangelo was an overlooked nominee for the Norris trophy while Kevin Shattenkirk and Barret Jackman cement the Blues strength down the right side. Don’t count on the Blues to continue losing with the depth that they have, soon a break has to go their way.

The Chicago Blackhawks were also one of the most offensive defenses in the league during the 2014 season. Led by Norris trophy winner Duncan Keith and his partner Brent Seabrook, the Blackhawks defense has been a point scoring machine. Coincidentally, Chicago has been able to match their offense by providing strong defense courtesy of Nicklas Hjalmarsson and Johnny Oduya. The Blackhawks testament to defense cannot be overlooked as they finished the season fourth in shots allowed on net. Look for Chicago to continue this trend during the 2015 NHL season.

Injuries seem to be the story for this team every season. Both Paul Martin and Kris Letang played under 40 games last season due to injuries. In addition, the Penguins lost their best defenseman of 2014, Matt Niskanen, to free agency. Luckily, Pittsburgh was able to grab one of the last remaining pieces of veteran talent from the Sabres in Christian Ehrhoff. They also have an up and coming Olli Maatta who finished second in defensive scoring for the Penguins. If the Penguins can stay healthy in 2015 they will have one of the best defenses in the league.