With the recent news that the NHL has opened up to accepting expansion applications and will eventually expand from 30 to 32 teams, this would call for an expansion draft to create some form of viability and competition for the two incoming franchises.

This would subject the Edmonton Oilers  to create a protection list to prevent losing their developing core from being poached. But who would the Oilers brass, led by Peter Chiarelli, protect to begin with?

If the NHL were to adopt the rules used during the expansion draft in 2000 when the Columbus Blue Jackets and Minnesota Wild joined the league the stipulations would be: 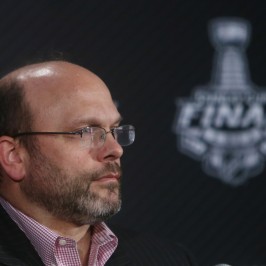 As stated there are two options in protecting the current roster;

Option A: protect one goaltender, five defenseman and nine forwards (15 players) or,

Looking at the composition of the current roster protecting more of skaters over goaltenders is an obvious decision.

In 2000 when the expansion draft took place:

That said, there is a potential for the Oilers to hold onto more than the 15 players listed in Option A as Darnell Nurse, Griffin Reinhart, Connor McDavid and Leon Draisaitl would not need protection.

In increasing the number the Oilers can keep more talent with the an ability to dump three bad contracts (Andrew Ference, Nikita Nikitin and Teddy Purcell) they’d otherwise be unable to off-load without a buy-out counting against the salary cap.

In goal Laurent Brossoit, Anders Nilsson, Ben Scrivens and Cam Talbot have yet to prove consistency at the NHL level. Scrivens has fallen out of favour and will have to compete  for a job with Nilsson (an unknown at this point in time). What the Oilers do know is that Talbot is the stronger of the four options in goal. Brossoit is the organization’s top goaltending prospect.

The decision between Option A and Option B comes down to whether Brossoit, is a strong candidate to be claimed.

So who makes sense for Chiarelli and head coach Todd McLellan to protect?

Going with Option A, here is a take on the situation. 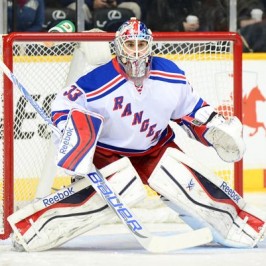 When addressing the long-term needs of the franchise, protecting goaltenders that have more questions than answers in Ben Scrivens and newcomer Anders Nilsson is counter-productive at this point.

The Oilers went out and paid a price to acquire Cam Talbot from the New York Rangers and fans are hoping he is the clear-cut number one netminder the team has missed for the better part of a decade.

He’s the guy worth protecting here.

Brossoit, as stated above, is still a year or two away from challenging for a spot and if you’re going to gamble, you have to think you gamble on him not being claimed as he enters his third pro season. That is especially true when you look at teams like the Anaheim Ducks, Boston Bruins and the Tampa Bay Lightning, who have Fredrik Andersen and John Gibson, Tuukka Rask and Malcolm Subban, Ben Bishop and Andrei Vasilevskiy respectively to protect.

The Oilers can play their cards this way and likely still end up keeping the two goalies they want in their long-term vision in Talbot and Brossoit. 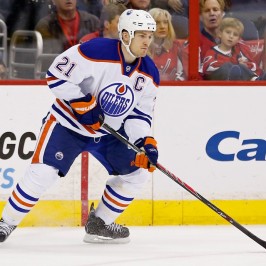 This isn’t overly complicated, it’s a blessing to dump two awful contracts on the back end in Andrew Ference and Nikita Nikitin if left unprotected.

They just signed Sekera this summer, so it wouldn’t make sense to dump arguably your top all-around defenseman.

Remember the first and second year pro loop-hole here. Through this Nurse and Reinhart don’t need to be protected, Klefbom does though (enters third pro season). These are the next three players management can’t afford to lose while building an eventual dominant top-four.

This leaves spots between Justin Schultz, Mark Fayne, Eric Gryba who are all easy protections if purposely leaving Ference and Nikitin unprotected.

Brandon Davidson would also be left unprotected as he enters his fourth pro season. 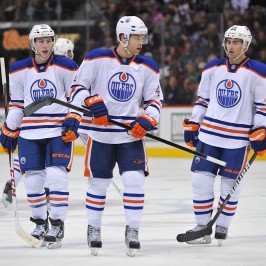 When you’ve got four former first overall selections on your roster, an NHL All-Star and stud prospect in your system, that’s six spots already claimed, but using the “first and second year pro” loop-hole, the Oilers don’t need to protect Connor McDavid or Leon Draisaitl.

Benoit Pouliot would be another protected asset because of the defensive game he plays and his ability to chip in on offense from time to time.

The same can’t be said for Teddy Purcell, who has struggled with consistency in his first year as an Oiler and is still trying to find a comfortable place in the lineup. This also gives the Oilers a chance to off-load another bad contract as well.

Cap space is going to be crucial for the Oilers going forward trying to keep the core together.

Matt Hendricks is a great character guy on and off the ice and gives the Oilers now eight protected players.

Along with Boyd Gordon (traded to Arizona) the two made quite the duo on the Oilers fourth line and were tasked with heavy defensive zone minutes, something Hendricks did to the best of his abilities with the rotating spot on the line next to the two.

If Chiarelli is looking to keep a Dan Paille/Greg Campbell type guy he utilized on his fourth-line in Boston, Hendricks is the closest thing he has in Edmonton.

With one spot left it comes down to whether the Oil believes in Tyler Pitlick as he enters his fifth pro season or want to protect a veteran in Lauri Korpikoski or Rob Klinkhammer.

Protect Pitlick in this spot, there is a likely chance the Oilers can gamble on Korpikoski going unclaimed, ditto for Klinkhammer. 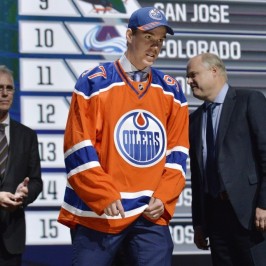 The Oilers end up (with the loop-hole) holding onto 19 players, potentially off-loading three bad contracts in Nikitin, Ference and Purcell and seemingly go untouched through an expansion draft without losing a significant piece, all things considered.

Who would you protect in an expansion draft?

Related: Who Would The Leafs Protect in a NHL Expansion Draft?