What’s the second best reward behind winning the Hart Trophy as League MVP?  EA Sports has an answer for you.

The NHL video game series has already proven to be one of the best sports gameplay simulations in history, but they have added a twist within the past two years to get fans even more involved.  Last year, the NHL 13 Cover Vote captured the attention of NHL media, players and fans, even though it was going on throughout the playoffs.  It even sparked a video from Anaheim Ducks goaltender Jonas Hiller, who started an onslaught of campaigning from NHL players.

This year, the bracket was set.  Your usual suspects were there: Detroit’s Pavel Datsyuk, Pittsburgh’s Evgeni Malkin and Los Angeles’ Anze Kopitar to name a few.  Some fresh faces emerged as well, with Nashville’s Mike Fisher, Toronto’s Joffrey Lupul and Philadelphia’s Wayne Simmonds making an appearance.  But there was a fresh face that stood out from the rest of them: the 2013 Vezina Trophy finalist and Columbus Blue Jackets MVP Sergei Bobrovsky.

Despite my campaign for Bobrovsky to get Hart Trophy recognition, Bobrovsky was overshadowed by Sidney Crosby, Alex Ovechkin and John Tavares for the three slots of candidates.  He has not been overlooked by the fans for the NHL 14 Cover Vote, as he has fought his way up the ladder to the Semifinals.  Bobrovsky has defeated Blackhawks sniper Patrick Sharp and the Oilers’ young gun Taylor Hall to get to the Final 4 of the voting rounds.  He now meets John Tavares in the Semifinals; the victor of the current matchup, which will take its final vote on Sunday, March 26, will faceoff with the winner of the Pavel Datsyuk – Martin Brodeur match.

Don’t just take my word for it, though.  Bobrovsky’s numbers speak for themselves.  He recorded a dazzling 2.00 GAA (tied for 5th in NHL) with a .932 save percentage (2nd in NHL).  He also had four shutouts (tied for 6th in NHL).

Bobrovsky was the answer for the Blue Jackets.  After the young team started the season with a dismal 5-12-3 record for a league-worst 13 points, Bobrovsky picked the team up on his shoulders and went on an amazing run.  He went 8-0-2 from March 3 through March 22, propelling the Blue Jackets to 10th in the Western Conference.

He didn’t give up there, as he finished the season as one of the strongest goaltenders.  In his last nine games played, Bobrovsky had an 8-1-0 record, stopping 258 of 273 shots against him (.945 save percentage).

Bobrovsky, who went 21-11-6 on the season, saw the 10th most shots against in the league (1,084).  The Blue Jackets, as a team, allowed 29.9 shots against per game, which was 12th worst in the entire NHL.  They finished the season in a tie for eighth place in the Western Conference, but fell to ninth since the tie-breaker, regulation or overtime wins (ROW), favored the Minnesota Wild (22 ROW compared to Columbus’ 19 ROW). 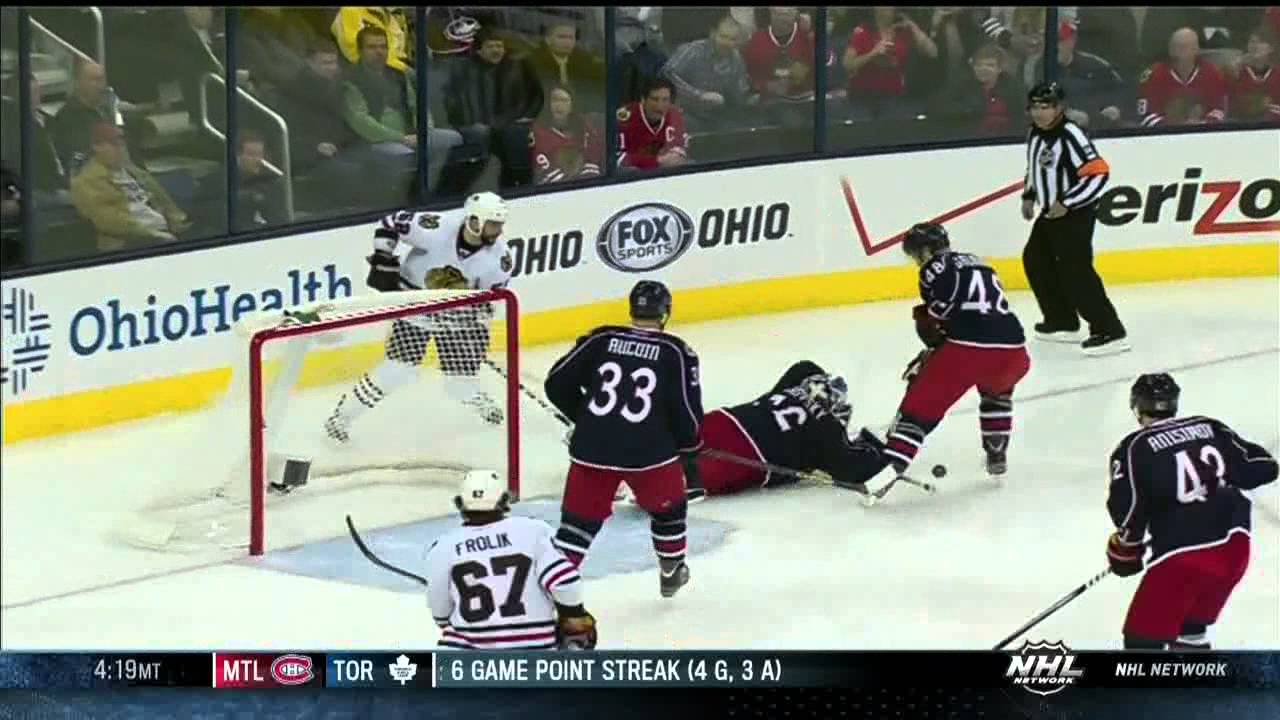 Bobrovsky was the reason for the Blue Jackets’ amazing run in 2013.  The struggling franchise went from the earliest stage of a team rebuild to playoff contenders who were completely justified in being one of the league’s biggest buyers at the trade deadline.

I don’t need to tell you anymore.  You have made up your decision.  Go to NHL.com/CoverVote to keep Bobrovsky alive.  On Thursday, make sure to vote on Twitter with the hashtag #NHL14Bobrovsky between 12:00 am and 11:59 pm EST for your vote to count twice.

You can use the #NHL14CoverVote hashtag on Twitter or Instagram up until May 26 to sway others’ minds or to just keep the discussion going.  Voting is unlimited, so don’t stop at one vote!

Besides, wouldn’t it to be something to see a Blue Jacket on the cover of next year’s marquee hockey game?