With the Red Wings having been in offseason mode for a month already, it’s time to look forward to the 2015-2016 season and what it has in store for Detroit’s favourite team.

While looking ahead, the Red Wings need to look to another Eastern team for a little help from one of their pending UFAs: Blake Comeau.

Comeau is only 29 years old, and it seems as though he is turning his career back in the right direction. The Meadow Lake, Saskatchewan native had 16 goals this year, in only 61 games; the season previous, in those same 61 games, he had 5 goals. He also proved this season that he can hang in the top 6, flanking Evgeni Malkin for much of the season. 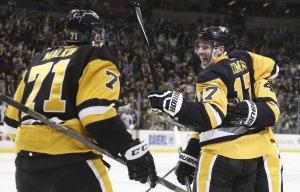 Now, Comeau will not, by any stretch, by a scoring machine for the Red Wings; but are the Red Wings not all but set in the scoring department? With the likes of Datsyuk, Zetterberg, Nyquist, Tatar, and (to a lesser extent) Jurco, the Red Wings have a very solid top 6 when it comes to pure skill and scoring. Not to mention the likes of Pulkkinen, Athanasiou, Larkin, and Mantha in the pipeline. What the Red Wings don’t have? Grit.

Detroit has tried to address that issue in the last few seasons, signing Jordin Tootoo, trading for Erik Cole, etc. but there hasn’t been any consistency in a gritty forward for the Red Wings, save for Abdelkader and Glendening in the last 3 years, the latter only playing a full season for the first time this year.

The buck cannot fall on Abdelkader to be the grit player in the Red Wings top 6, however, when it has, he has produced. His return to the Red Wings lineup in game 3 against the Tampa Bay Lightning sparked the hit parade for the Wings.

Abdelkader had 6 hits in that game, and Helm followed suit with 7 of his own. While that looks good in a snapshot of game 3, the regular season was a different story. The Red Wings were 28th in the league in hits with 1,569, an average of 19.1 per game. Abdelkader was 92nd in the league in hits, with 153. Glendening had 147, Cole had 134 (most of those coming with Dallas). Miller and Helm rounded out the Red Wings forwards with more than 100 hits each, but no other Wings forwards had more than 100 hits. 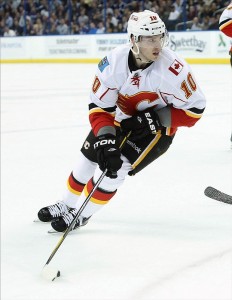 Blake Comeau hasn’t been heard from in a little while, but ever since being put into Pittsburgh’s top-six rotation he has been on the radar in some fantasy circles. (Kim Klement-US PRESSWIRE)

Adding Blake Comeau to the lineup would also add his 188 hits to the Red Wings’ totals, something the Wings could use. Slotting Comeau on the 3rd line with Sheahan and Jurco would give the Wings another great physical line to go with the Glendening line. Sheahan is the kind of player who can hit and create plays, and we all know Jurco’s offensive upside, but he also had 97 hits this season. A line with those 3 would be pretty fantastic to give the Wings that extra punch.

Would signing Blake Comeau to a $1 million dollar, 1-year contract turn the Wings around? No. Would it be a step in the right direction? Absolutely. Similar players in the UFA pool would be asking for a lot more money (Erik Cole made $4 million last year, Stafford made the same $4 million, Scottie Upshall made $3.5 million, etc.) whereas made $700,000 this past season. Comeau would be a cheap investment, with a low-risk, high-reward aspect.

With each year, the new “young” Red Wings are gaining experience and will get better as the seasons move forward. Adding some toughness with scoring potential and significant net-front presence is a great depth move that could pay significant dividends when the Red Wings quality for their 25th straight playoffs.

Avalanche Need More from Their Depth