The 1994-95 season was a storied year for the New Jersey Devils organization.  Not only did the NHL Devils capture their first ever Stanley Cup championship but their AHL club, the Albany River Rats, won their first Calder Cup title as well.  Inspired by Dan Rice’s “Where are they now?” article, I give you an update of where your favorite River Rats of yore, reside today.

Nearly 20 years ago, the Rats were the head cheese of hockey and set the cheese heads into a frenzy.  During the first part of the year, the team even had some of its games broadcast on the old SportsChannel.  Just ask Mike “Doc” Emrick and “The Maven” Stan Fischler, about Brian Rolston’s breakaway deke goal against the Binghamton Rangers.

Those dirty Rats would wind up sweeping the Fredericton Canadiens (4-0) in the Calder Cup Final.

Bill Armstrong – The London, Ontario native and master of the “high wrap trick shot,” netted 32 goals that season.  While Armstrong’s career was cut short by a brain tumor, after his playing days he would become an assistant coach with Guelph Storm and serve as a scout with the Tampa Bay Lightning.  Currently, Armstrong is working in Real Estate in the London area.

Brad Bombardir – Bomber won a Cup with the 1999-00 Devils and last played in the NHL for the Nashville Predators in 2003-04.  Bombardir presently serves as the Director of Player Development, with the Minnesota Wild. 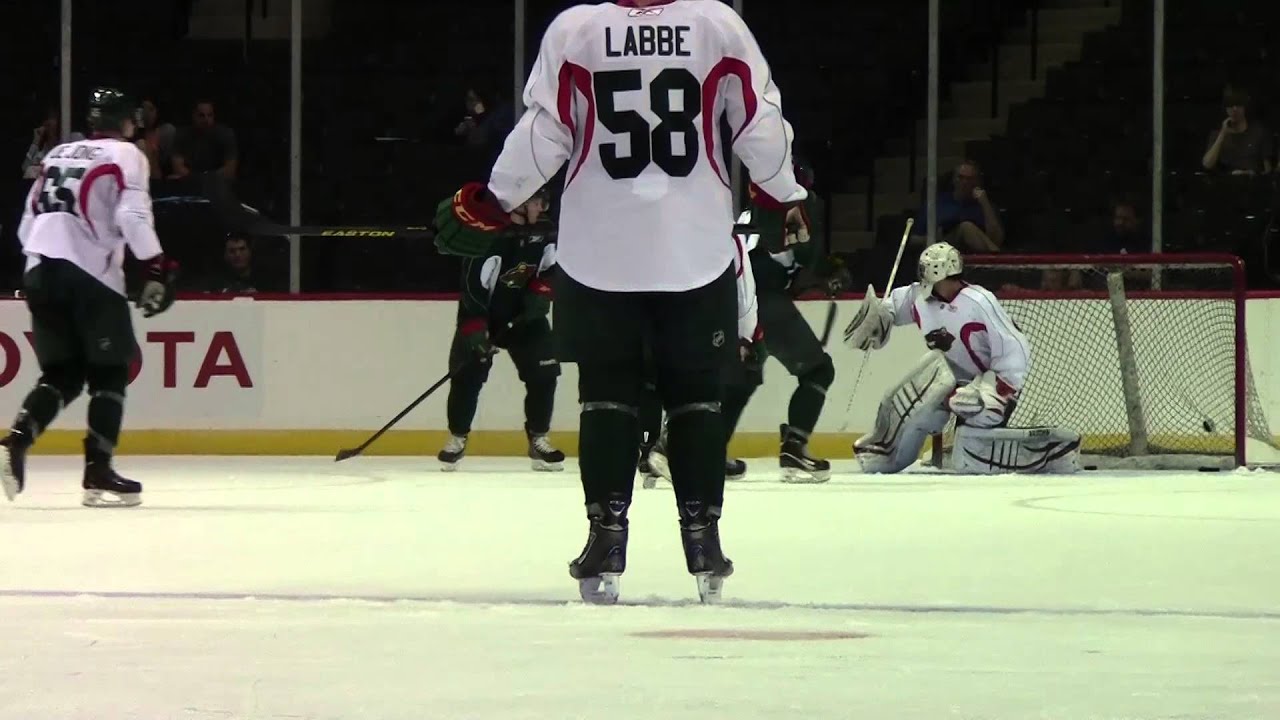 Steve Brule – Led the club with nine playoff goals in their run to the Cup.  Scored the last playoff goal of a Devils affiliated team in Albany.  Brule was last playing for Jonquiere Marquis of the LNAH, in 2012-13.

Rob Conn – Posted a club-high 35 goals that season.  Won another Calder Cup with Rochester in 1995-96 and played 28 NHL contests for the Buffalo Sabres.

Kevin Dean – The River Rats Captain was also a member of the Devils Stanley Cup squad in 1995. Dean last played in the NHL with the Chicago Blackhawks in 2000-01.  Dean served as head coach of the ECHL Trenton Devils and is presently an assistant coach with the AHL Providence Bruins.

Mike Dunham – Co-winner of the Harry (Hap) Holmes Memorial Award, for playoff MVP.  Dunham last played in the NHL for the New York Islanders in 2006-07.  Currently, Dunham is the Isles goalie coach. 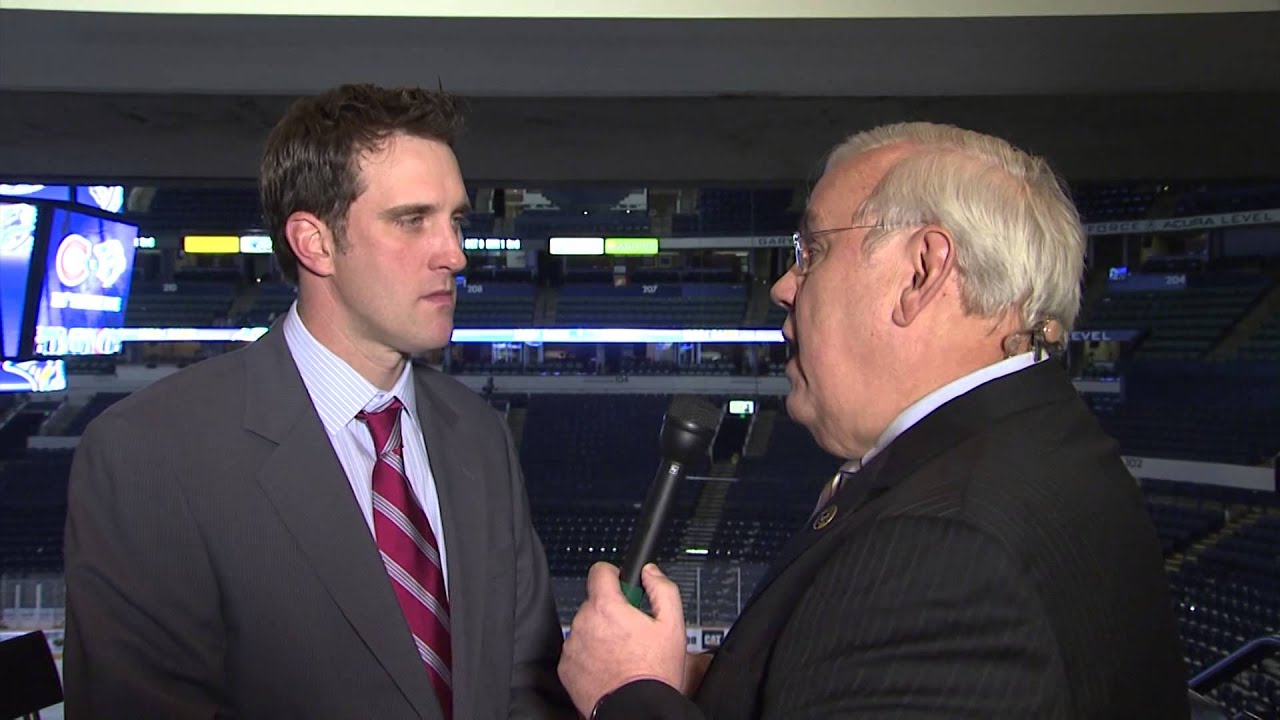 Bobby House – Scored 37 goals the following year for the Rats.  Last played during the 2004-05 campaign with the Hamburg Freezers of the German Elite League.

Cale Hulse – The solid defenceman had 215 penalty minutes on that Cup-winning squad.  Accrued 1,000 NHL PIM and last played in the NHL during the 2005-06 season.  Married Gena Lee Nolin of “Baywatch” fame.  Currently a Financial Advisor with the Nelson Financial Group.

Jaroslav Modry – Modry played 725 NHL contests, lastly with the Philadelphia Flyers in 2007-08.  Modry last played professionally with Plzen Hockey Club in 2011-12.  Additionally, Modry served as an assistant coach for the R.P.I. Engineers, during the 2011-12 season.

Denis Pederson – Last played in the NHL for the Nashville Predators in 2002-03.  His final professional season came with the Berlin Polar Bears in 2011-12.  Now lives in Prince Albert, Saskatchewan.

Scott Pellerin – Netted 23-goals and six more in the ’95 Calder Cup playoffs.  Retired from the NHL, following the 2003-04 season.  Presently serving as the Head Coach of the AHL Bridgeport Sound Tigers.

Ricard Persson – Totaled eight points in nine playoff games during the ’95 Cup run.  Last played in the NHL during the 2001-02 season, with the Ottawa Senators.  His final professional season came with Cortina SG of Italy in 2009-10.

Curt Regnier – Scored 20-goals in the regular season.  Last played for Odense in Denmark, during the 1999-00 season.  Currently resides in Prince Albert, Saskatchewan.

Pascal Rheaume – Potted 19 markers that season.  Also a member of the 2002-03 Devils Stanley Cup winning squad.  Rheaume last played in the NHL in 2005-06 and the AHL in 2009-10.  Currently working as an assistant coach with Sherbrook Phoenix of the QMJHL.

Matt Ruchty – Scored 26 goals, racked up 348 penalty minutes and led the Rats with 15-points in the playoffs.  Last played professionally with the Muskegon Fury of the UHL in 2002-03.  Ruchty is currently the franchise owner of NexGoal in Grand Rapids, Michigan.

Corey Schwab – Co-winner of the Harry (Hap) Holmes Memorial Award, for playoff MVP.  Schwab was also a member of the Devils 2002-03 Stanley Cup championship team.  Schwab had been working as the goaltending coach for the San Jose Sharks, through the 2011-12 season.

Vadim Sharifijanov – The “Sharif” notched six points in nine playoff games that season.  He last played in the NHL during the 1999-00 season with the Vancouver Canucks.  Was spotted playing in some lower level Russian leagues until the 2009-10 season.

Reid Simpson – “Simmer” racked up 268 PIM and 18-goals for the Rats that season.  In his NHL career, which ended with the Pittsburgh Penguins in 2003-04, Simpson accrued 838 PIM.  Simpson was also a member of the Devils Cup winning team in ’95.  He last played professionally with the AHL Chicago Wolves in 2009-10.  Simpson is currently based in Chicago and is the owner of the Illiana Blackbirds, along with Brando’s Speakeasy bar.

Jason Smith – Piled up 19 PIM in eleven playoff games for the Rats.  A sturdy NHL defenceman with 1,099 PIM, Smith last played in 2008-09 with the Ottawa Senators.

Steve Sullivan – Scored 31 goals and led the Rats with 50 helpers and 81 points.  Sullivan also had eleven points in 14 playoff games.  Sullivan played in over 1,011 NHL games and scored 290 goals.  If the 2013 season was the last for Sullivan, he book ended his stellar career with the Devils and by tallying his first and last goals against the Montreal Canadiens.

Robbie Ftorek – Won consecutive Louis A.R. Pieri Memorial Awards for best AHL coach in 1994-95 and 1995-96.  Ftorek would also coach the Devils, Boston Bruins, River Rats again and most recently the Erie Otters of the OHL.  This season Ftorek will work as an assistant coach for the Abbotsford Heat of the AHL.