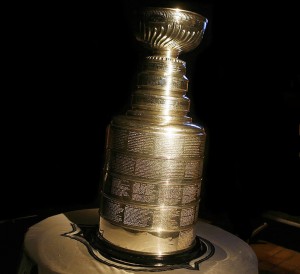 The First place New York Rangers will hold home ice advantage in a best of seven series against the eighth placed Ottawa Senators in round one of the 2012 Stanley Cup Playoffs.

Will this be a quick series sweep as the standings would indicate, or is there potential for a first round upset?

The Senators sport a 3-1-0 regular season record this year over the rangers including both wins in Madison Square Garden, home of the Rangers where on January 12 the Sens won by a score of 3-0. In the four regular season games between the two teams the Sens have outscored the Rangers 14-8 and have scored an average of 3.5 goals per game.

The Senators dominance over the Rangers in MSG dates back as far as the lock out, with a record of 11-2-1 since 2009. The Senators have not lost in their last five appearances in the big apple.

Home Ice Advantage.
As the top seed the Rangers have home ice advantage. Or do they?
As pointed out above the Senators have enjoyed significant success at MSG. The Senators road record overall is one of the best in the NHL this season, with a record of 21-14-6 on the road. It is an old playoff cliché that says “you are never in trouble until you lose at home”. The Rangers may find themselves in serious trouble as they open the series with two games at home and as history indicates, will be hard pressed to win both!

Goal tending.
This series will see Henrik Lundqvist in goal for the Rangers, and Craig Anderson start for the Senators. Neither goalie has any significant playoff experience or success. Lundqvist is an elite goalie who has the edge stats wise here as he is a strong Vezina trophy candidate with a regular season stat line of 39-18-5, 8 shut outs, 1.97 GAA, and .930 save %

Defense
The Rangers have a young defense corps featuring Ryan McDonagh, Michael Del Zotto, Dan Girardi, and Anton Stralman whose combined age is 23.75. The strength of the Ranger defense is their shot blocking abilities whose top four combine for an average of 134 each. Ottawa’s top four defense consists of Norris Trophy candidate Erik Karlsson, Sergei Gonchar, Filip Kuba, and Matt Gilroy. The Sens strength on the back-end is personified by Karlsson. Offense and puck moving abilities as the Sens top four combine for an average of 41.75 points compared to the rangers average of 30. Karlsson is the main difference maker as he alone with 78 points has more than the Rangers top two combined. With Veteran Chris Phillips, and rookie Jared Cowen anchoring the defensive responsibilities for Ottawa, Karlsson gives the Senators the edge on defense.

Offense.
Both teams have some star power with Marian Gaborik, and Brad Richards in New York, and Jason Spezza, and Daniel Alfredsson in Ottawa. The Sens outscored the Rangers 249 to 226 during the season. Brad Richards however has won a Stanley Cup, and Conn Smythe Trophy as the playoff MVP. If he can duplicate that performance this year it may be enough to give the Rangers the advantage on offense.

Outlook
The key match-ups in this series will be Craig Anderson vs. Henrik Lundqvist. Will Lundqvist steal this series? The Sens offense vs. the Rangers defense is another key match-up. Will the Ranger defensemen’s shot-blocking abilities stifle the offensive defensemen of the Sens? Time will tell. One thing is for sure, this series has the potential to produce a major round one upset if the eighth place Ottawa Senators can eliminate the first place New York Rangers!