It’s common to see a top star hit a slump. What’s uncommon is nearly every key player on a team hitting a slump at the same time. However, if you’re able to call Calgary’s play so far this year a “slump,” that is exactly what’s happening.

The Flames have disappointed as a group altogether, and as of now the playoffs seem a distant hope. In order for Calgary to start picking up wins and getting themselves back into contention, they’ll need these five players to step up.

When the Flames signed Troy Brouwer during free agency this year, many were skeptical regarding how much Brouwer was being paid considering his age. Brouwer was Calgary’s biggest offseason signing, but at 31 years old, it’s hard to argue that a four-year deal worth $4.5 million annually wasn’t a risky move. 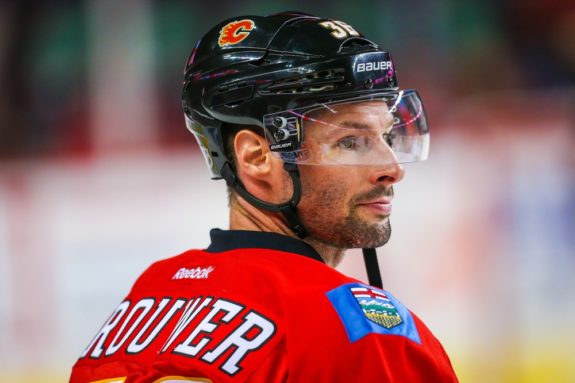 Brouwer has averaged roughly 0.50 points per game in each of the last three seasons, but so far he hasn’t been seeing the same success in Calgary. Brouwer got off to a hot start, but since then has scored only one goal and added two assists in his last 17 games. To add to this, Brouwer has the third worst plus/minus among Flames forwards at minus-7. Considering it’s November, at this point it’s hard to tell if Brouwer is just hitting a rough patch, or if Calgary made a bad mistake with their signing.

Throughout the summer, fan curiosity turned to worry as Gaudreau held out until the very beginning of the season to re-sign with the Flames. When Gaudreau finally did sign, he inked a massive six-year deal with a cap hit of $6.75 million per season, locking him up long-term and giving Calgary a real reason to be excited.

However, prior to Johnny Hockey breaking his finger, he was off to a very slow start this season. Gaudreau scored 11 points in 17 games, which isn’t bad at all— if he wasn’t being paid to be the centrepiece of the team. When Gaudreau returns from his injury, he needs to return as the force the Flames have seen for the past two seasons, if the Flames want to have any chance at the playoffs.

Coming off of a disastrous year between the pipes, the Flames thought they had at least a temporary solution to their goaltending troubles by bringing in veteran Brian Elliott. The veteran netminder was coming off a great year in St. Louis, posting a .930 save percentage and a record of 23-8-6. 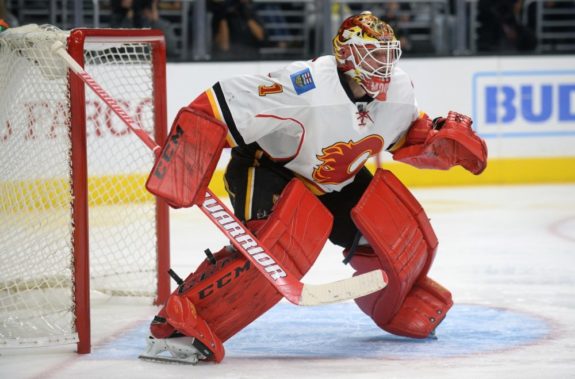 Unfortunately, Elliott has stumbled since arriving with the Flames, and is now in an unexpected battle for the starting job with Chad Johnson. Elliott has been extremely inconsistent, and sits with a 3-9-1 record and .885 save percentage. To be fair, he’s gotten very little help on the back-end, but with Johnson’s strong play, Elliott may start to see limited action for the rest of the year. With Elliott’s contract expiring at the end of the season, it’s almost certain he’ll hop on a plane out of Calgary the first chance he gets, but with his performance this season, he may have a hard time landing a new job.

Monahan was another key player for the Flames who received a raise after settling contract negotiations this summer. However he, like Gaudreau, has underperformed, scoring a disappointing nine points in 25 games this season. Monahan came into the season as arguably Calgary’s second-best forward, but hasn’t kept that title so far.

Monahan was demoted to the fourth line for Calgary’s last game against the New York Islanders, where he scored his first goal in six games, and actually played very well. With Gaudreau still out of action for a while, the Flames need the 22-year-old to step up and find his game again, to help get the Flames get back on track.

Last season, Brodie was one of Calgary’s top defenders, but this year the same definitely can’t be said. Brodie has been a big disappointment on the back-end for the Flames thus far, and hasn’t produced anywhere near the mark offensively that he hit last season.

At an unbelievable minus-14, Brodie has the worst plus/minus of not just the Flames, but of the entire NHL. Coming off last season where Brodie was second in plus/minus among Flames’ defencemen, he’s been nothing short of a defensive liability so far this year. In terms of offence, Brodie has just seven points in 25 games which is a fraction of what he accomplished last season. Brodie’s points-per-game average sits at a mere 0.28 as of now, compared to last year’s impressive 0.64 average. In just a small amount of time, Brodie has quickly gone from one of Calgary’s most reliable defenders to one of their worst. 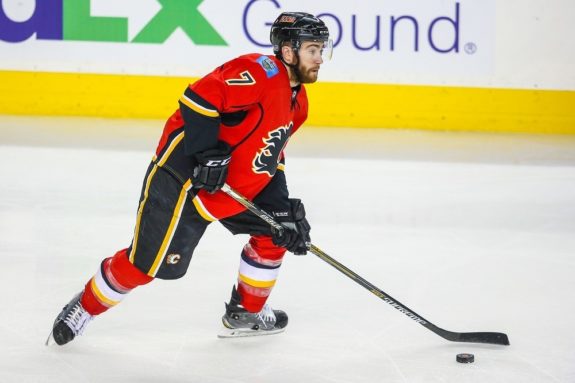 These players aren’t the only team members not living up to their potential, but are listed because of their key role on the team. Calgary came into the year poised to fight for a playoff spot, but with their top players all underperforming, they have a better chance of fighting just not to finish last.