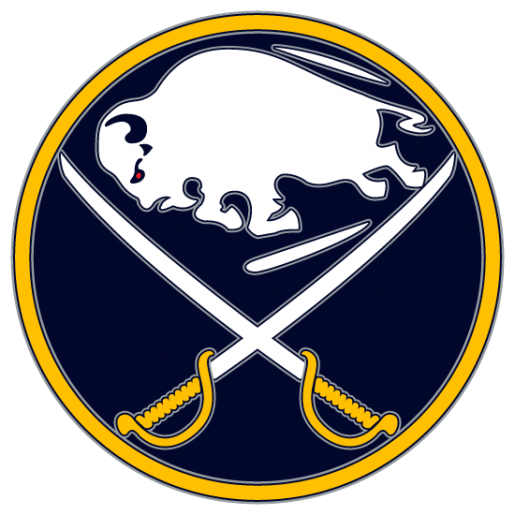 The 2012 NHL Draft is just a few days away and the Buffalo Sabres’ organization is likely going over their strategy going into the draft. The Sabres’ draft team will likely be looking over profiles, watching highlight packages and going over interviews of the prospects they are considering until moment before selecting the future of their team.

However, the Sabres are in a fortunate position and will have to do twice the work in the first round, since they have two picks, number 12 and 21, in the Draft’s opening round.

Who will the Sabres take with those two picks? No one will be certain until someone is on that stage in Pittsburgh, dawning a Sabres Jersey and hat. However, a good way to look at the future is to understand the past.

Since 2005, the Sabres have drafted seven players, all number 26 or lower overall. Some have been great selections and others have not played out so well. Here is a look at the Sabres’ first round selections since the 2005 Draft.

The Slovakian center was a bust for the Sabres.  Leading up to the draft, Zagrapan played two seasons for the Chicoutimi Sagueneens of the Quebec Major Junior Hockey League where he put together 82 and 87 point seasons. Zagrapan signed an entry-level contract with the Sabres in September of 2006.

Zagrapan never made an appearance with the big club and recorded only 145 points in 227 games played with the Sabres’ AHL affiliates.  After three seasons in the AHL, Zagrapan signed with the Severstal Cherepovets of the Kontinental Hockey League.

Persson signed a three-year entry-level contact with the Sabres in June of 2008, and made his first appearance for the Portland Pirates later that season. Unfortunately for Persson, his debut for the Sabres never came.

The Sabres did not have a first round pick. It was traded to the Washington Capitals in a deal that included Dainius Zubrus. 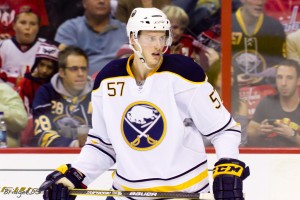 The first round of the ’08 draft year has been the most influential on the Sabres’ Organization in recent history. Both Myers and Ennis have become important players in the Sabres’ nightly line-up and important pieces to the Sabres’ success.

After an outstanding career with the Kelowna Rockets of the Western Hockey League, where he anchored them to a WHL Championship, Myers stepped right into the Sabres’ roster. In his first season with the Sabres, the big, 6’ 8” defenseman, was named the league’s best rookie and won the Calder Memorial Trophy.

Myers’ play has not dropped off since. However, Myers did suffer an injury to his foot last season which caused him to miss a substantial amount of time. Myers is locked up for the next five seasons, so Sabres fans will get used to that pillar on the blue lines of the First Niagara Center.

The Sabres went the opposite route with their second pick later that round when they drafted the small 5’ 9”, Ennis. Ennis’ major junior career was filled with highlights, which included playing a key role in the Medicine Hat Tigers’ ’07 WHL Championship.

In his final two seasons with the Tigers, Ennis amassed 176 points in just 131 games played.

Ennis spent most of the ’09-’10 season with the Portland Pirates of the AHL, where he was named the top Rookie of the AHL. At the conclusion of that season, Ennis was called up for the Sabres’ final nine games and never returned. Ennis has a bright future, but will become a restricted free agent on July 1, and should be the Sabres’ top priority this off-season.

Oh, what could have been? Kassian had an eventful major junior career which included being traded from the Peterborough Petes and winning the OHL Championship with the Windsor Spitfires in 2010.

Kassian made his first appearance for the Portland Pirates during the Calder Cup Playoffs at the conclusion of the ’10-’11 season.  Last season, Kassian bounced back and forth from the Rochester Americans and the Sabres.

However, during his last call up with the Sabres, Kassian was traded to the Vancouver Canucks for Cody Hodgson. Ultimately, Hodgson looks to be fitting in well and could develop into a star in Buffalo, making this selection profitable in the long run.

Pysyk, is a quick-moving defenseman with excellent speed and skating ability.  He just finished his fourth season with the Edmonton Oil Kings of the WHL.

Despite a shortened season, due to a broken foot, Pysyk was named Oil Kings’ MVP at the end of the ’09-’10 season. Since the ’08-’09 season his point total, 84 in 172 games played, and leadership qualities, was named captain of the Oil Kings in September of 2010, have flourished.

Pysyk is set to join the Rochester Americans next season and could be on his way to making his NHL debut and mark on the Sabres’ franchise.

The most recent Sabres’ first round pick, Armia has spent his playing time in Finland for the Porin Assat of the SM-liiga. He has recorded 67 points over the last two seasons for Porin Assat.

Finland will be Armia’s home for one more season until his contract is up. At the beginning of the ’13-’14 season, Armia will make the trip and play in the AHL. His time in Finland should prove beneficial, giving him time to develop and grow into his 6’3” frame.

Armia could become one of the NHL’s top scorers when fully developed.