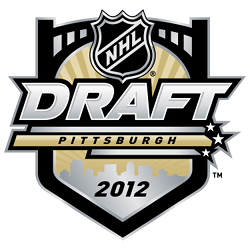 The National Hockey League released the final order for its annual Entry Draft on Friday. As a result, it is now possible to see just how many teams horded draft picks for this year, while others traded them away. Here are a handful of trivial trivia notes about this year’s NHL Entry Draft.

All of these facts are, of course, pending trades, but they do take into account the Nashville/Tampa Bay trade that sent Anders Lindback to the Lightning.

The Washington Capitals enter the weekend with 11 draft picks, including five selections in the first 100 picks.

The New York Rangers only pick four times in the draft, the least of any team.

The Toronto Maple Leafs will be efficient in the sixth round, drafting consecutively with the 156th and 157th selections in the draft.

Both Toronto and Los Angeles will be awaiting quite awhile between picks. Toronto chooses 35th overall in the second round, then hangs out for 91 other selections before drafting again at 126th in fifth round. Los Angeles also sits for 91 picks, drafting 30th in the first round and then 121st in the fourth round.

However, there’s a wrinkle. The New York Rangers have no selections following their fourth round pick, 119th overall. If they sit quietly and don’t sneak out early, they will watch 92 picks after their own.

Also, the Los Angeles Kings sent a first round pick in either the 2012 or 2013 draft to the Columbus Blue Jackets in the Jeff Carter trade. The Blue Jackets have the ability to choose which year’s pick they get. If Columbus elects to take the Kings’ pick this year, then Los Angeles won’t come to the podium for the first time until the fourth round – 120th overall. They’ll either come in late or, more likely, sit on their hands for 119 prior selections.

Three teams (Carolina, Chicago and St. Louis) have not traded away any of their original allotment of seven draft picks – one in each round.

Four teams (Calgary, NY Rangers, Philadelphia and Toronto) have only four of their own draft picks, each having traded three of them away.

Two teams (Nashville and Washington) have acquired five draft picks each from other clubs.

On three occasions in this year’s draft, a team will come to the podium three times in a single round.