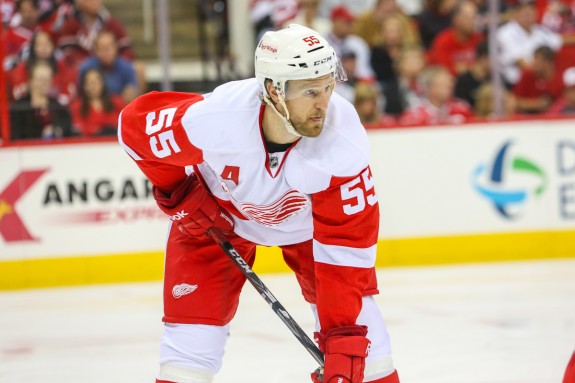 Adam Ollas Mattsson is a rangy defenseman who is a hulk of a blueliner. He has the NHL size, but hasn’t been able to show enough flashes of his NHL skill. That’s not to say he doesn’t have any, he just hasn’t given the chance to show what he is capable of. According to Uffe Bodin of hockeysverige.se, he’s spent most of his time at the junior level and was only able to get a sniff of what it’s like to play against men older and stronger than himself.

For a big player, Mattsson defends very well with his long reach and pokecheck. He also is good at getting his large frame in front of shots and making it difficult for pucks to get through. He’s shown flashes of offensive potential, but he’s likely going to be a defensive defenseman at the NHL level. Some scouts and pundits have him ranked rather high because of what they project from him. It will take some time before we see what the true Adam Ollas Mattsson is all about.

Mattsson certainly has potential to go in the 2nd round, but it’s more likely he ends up a 3rd round pick.

“A huge defenseman with a lot of potential. Is very sound defensively and has a huge wingspan that allows him to catch opposing forwards before they can threaten the own cage. Some say that his skating needs to improve in order for him to make it all the way to the NHL.  Mostly played junior hockey this season, but also got a taste of what it’s like to play against men with Djurgården. Still, his good buddy Andreas Englund was the one who stole the headlines with his play when Djurgården managed to claim a spot in the SHL after the qualifying rounds.”

Grow into his body