The second week of the AHL season brought on some high-scoring games and new franchises seeing their first league action. However, some teams still played a lighter schedule and did not see much movement in this week’s power rankings.

There is a new top team this week, so read on to find out where your favorite team stands at the mid-point of October.

The Penguins won their home opener against the arch-rival Hershey Bears by a score of 3-1 on Saturday, with Brian Gibbons scoring a shorthanded goal. Their luck continued on Sunday against the Syracuse Crunch, as they came back from behind to win 6-3. Newcomer Nick Drazenovic had three points in the win.

Springfield is also undefeated to start the year after beating Worcester 4-3 on Saturday. Jake Hansen picked up two goals in the win. The Falcons then beat the Bridgeport Sound Tigers 3-1 on Sunday and picked up shorthanded and power-play goals.

After going 2-0 last week, the Marlies beat the St. John’s IceCaps 6-3 on Saturday in their only game of the week. T.J. Brennan led the way with four points as Toronto picked up its third straight victory.

The Wolf Pack took both games from the Adirondack Phantoms this week and have a three-game win streak headed into Week 3. They won in a shootout on Friday night before getting two points from Tommy Hughes in Saturday’s 3-2 win.

Manchester got off to a hot start that helped goaltender Martin Jones earn AHL Player of the Week honors. He made 38 saves in a 3-0 shutout victory over Bridgeport on Saturday, and the Monarchs added on to that performance by getting shootout wins over Portland and Providence in their other two games. 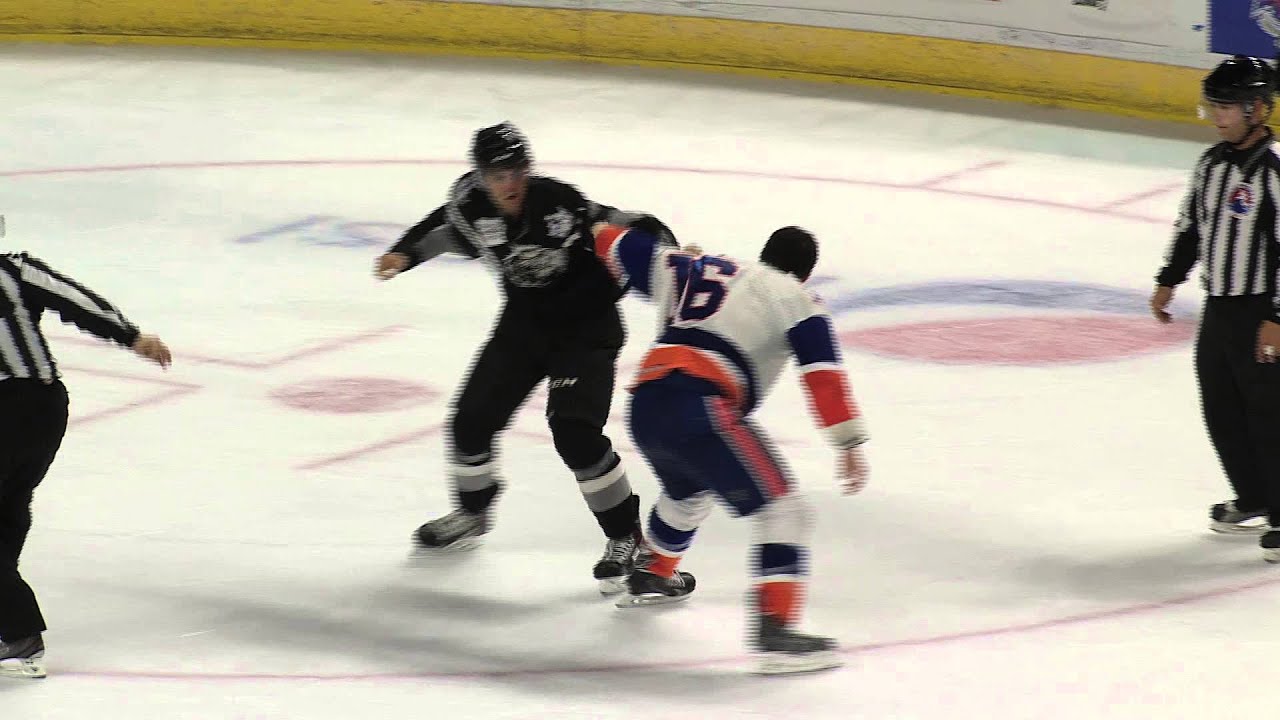 The Checkers are on a long break from play and will resume action this weekend.

The Griffins jumped out to a 2-1 record to start the season after defeating the Hamilton Bulldogs 4-3 in a shootout. They only needed one attempt on four tries to seal the victory. Grand Rapids’ only loss so far came on October 5 against Toronto.

Chicago split a weekend series with the San Antonio Rampage, taking Saturday’s game by a score of 3-1. Top goalie prospect Jake Allen made 30 saves on 31 shots in the victory. However, the Wolves fell to the Rampage on Sunday, 4-2. Mark Mancari’s unassisted goal was one of the bright spots.

The Bruins picked up a point in a shootout loss to the Monarchs on Friday, but scored just one goal on four attempts. However, they bounced back on Saturday with a 5-2 win over Portland. Ryan Spooner led the way with three points.

After a 5-0 shutout loss to the Norfolk Admirals on Friday, the Senators bounced back on Saturday to beat Norfolk 4-1. Jim O’Brien helped seal the deal with an empty-net shorthanded goal.

Syracuse has gone 1-2 to start the year, but it picked up a 5-1 win over Rochester on Saturday. Nikita Kucherov had four points as the Crunch capitalized on as many power-play opportunities. However, they lost 6-3 to playoff foe Wilkes-Barre/Scranton on Sunday despite holding a lead twice in the game.

Alex Grant was the star of Friday’s shutout win against Binghamton with a hat trick, and Frederik Andersen made 33 saves. Although the Admirals lost 4-1 on Saturday, they still have a 2-2 record to start the season.

The Heat opened their 2013-14 season on Friday with a 3-2 overtime win over the Milwaukee Admirals. Corban Knight had two assists, and Greg Neimsz had the winning goal. However, the Admirals got revenge on Saturday to beat the Heat 2-1 in a shootout. Abbotsford failed to score on any of its four opportunities.

The Bears are still in search of their first win of the year and lost their only game of the week to the Penguins on Saturday. Tomas Kundratek had Hershey’s only goal in the 3-1 defeat.

Hamilton earned a 3-2 win over St. John’s on Friday, and new goaltender Dustin Tokarski stood out with 33 saves on 35 shots. Mike Blunden added a plus-three rating. However, the Bulldogs dropped a shootout to the Griffins on Saturday. Robert Mayer put in another solid goaltending performance with 38 saves on 41 shots.

Texas gets back to work on Tuesday on the road against the Oklahoma City Barons.

The IceHogs got two goals from Drew LeBlanc on Friday to defeat the Lake Erie Monsters 5-1. However, they lost the rematch on Saturday by a score of 5-1 and have started the season at .500.

San Antonio scored just once for the second time in three games in a loss to Chicago on Saturday. However, the Rampage bounced back with a 4-2 win in Sunday’s rematch and got two goals from Vincent Trocheck.

Iowa won its first AHL game against the Barons by a score of 1-0. Johan Gustafsson made 27 saves in the shutout. However, the Wild then lost 4-2 on Sunday. Goaltender Darcy Kuemper still managed 28 saves on 32 shots. 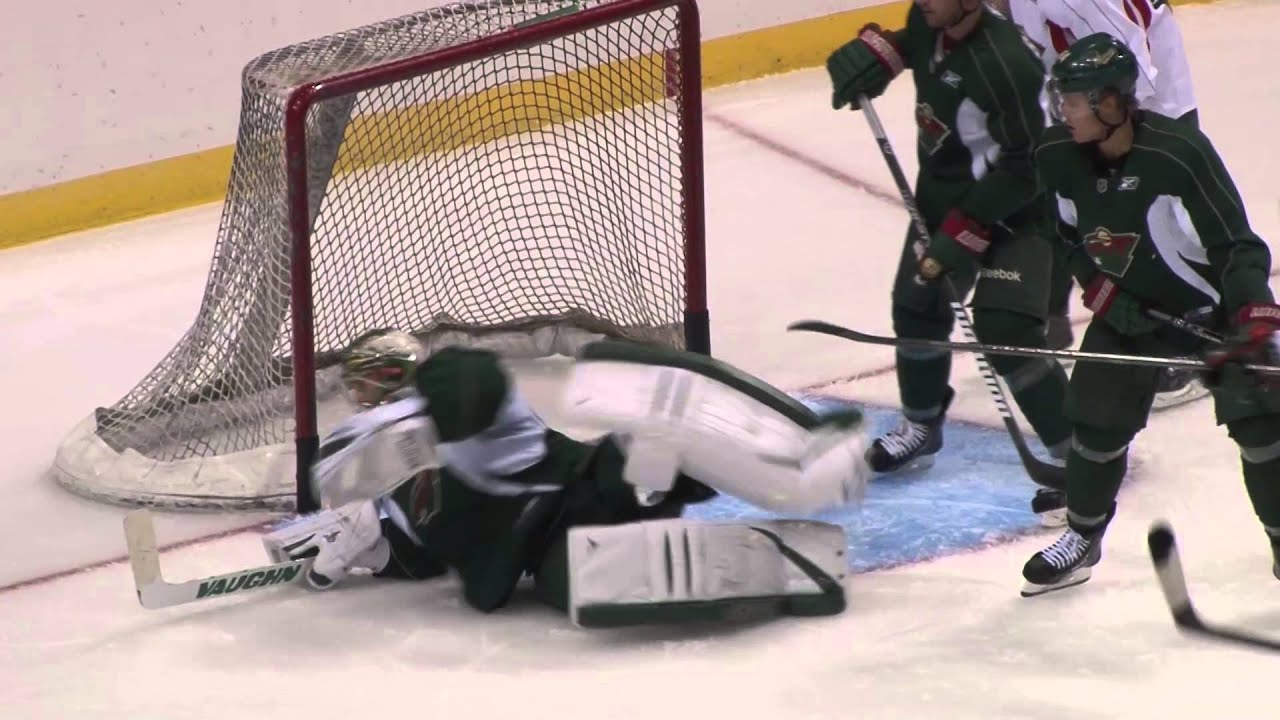 Milwaukee pulled out a win this week, but it was in a shootout against the Heat. The Admirals then picked up an extra point with an overtime loss in the second game of their series with Abbotsford.

The Phantoms dropped two games to the Wolf Pack this weekend, but got two assists from Petr Straka in Friday’s 5-4 shootout loss. However, they lost 3-2 in regulation on Saturday. Cal Heeter made 27 saves on 30 shots in defeat.

The Barons broke a three-game losing streak on Saturday with a 4-2 win over the new Iowa Wild. Derek Nesbitt and Andrew Miller each had three points in the victory.

Upcoming Schedule: Tuesday vs. Texas, Friday and Saturday vs. Abbotsford

Although the Americans defeated the Utica Comets 4-1 on Friday thanks to two goals from Luke Adam, they scored just once for the second time in four games on Saturday. They are now 1-2 to start the year.

The Sound Tigers have lost three of their first four games and were shut out 3-0 against the Monarchs on Saturday. Johan Sundstrom had a shorthanded goal in Sunday’s game with Springfield, but it was the only offense Bridgeport generated in a 3-1 loss.

Worcester lost its only game so far against Springfield by a score of 4-3. Bracken Kearns led the Sharks with three assists.

Lee Moffie picked up two assists in Friday’s 5-2 loss against Rockford, and the Monsters bounced back on Saturday to win 5-2. Andrew Aggozzino was the Monsters’ standout player with three points. The victory was a step, but Lake Erie has started the year with a 2-3 record.

Utica dropped its first games in the Comets era by scores of 4-1 against Rochester and 3-2 against Albany. Alexandre Grenier had two points in Saturday’s game.

The Devils stay at No. 28 this week after getting a 3-2 win in their only game of the week against Utica. Scott Timmins and Eric Gelinas each had two points. 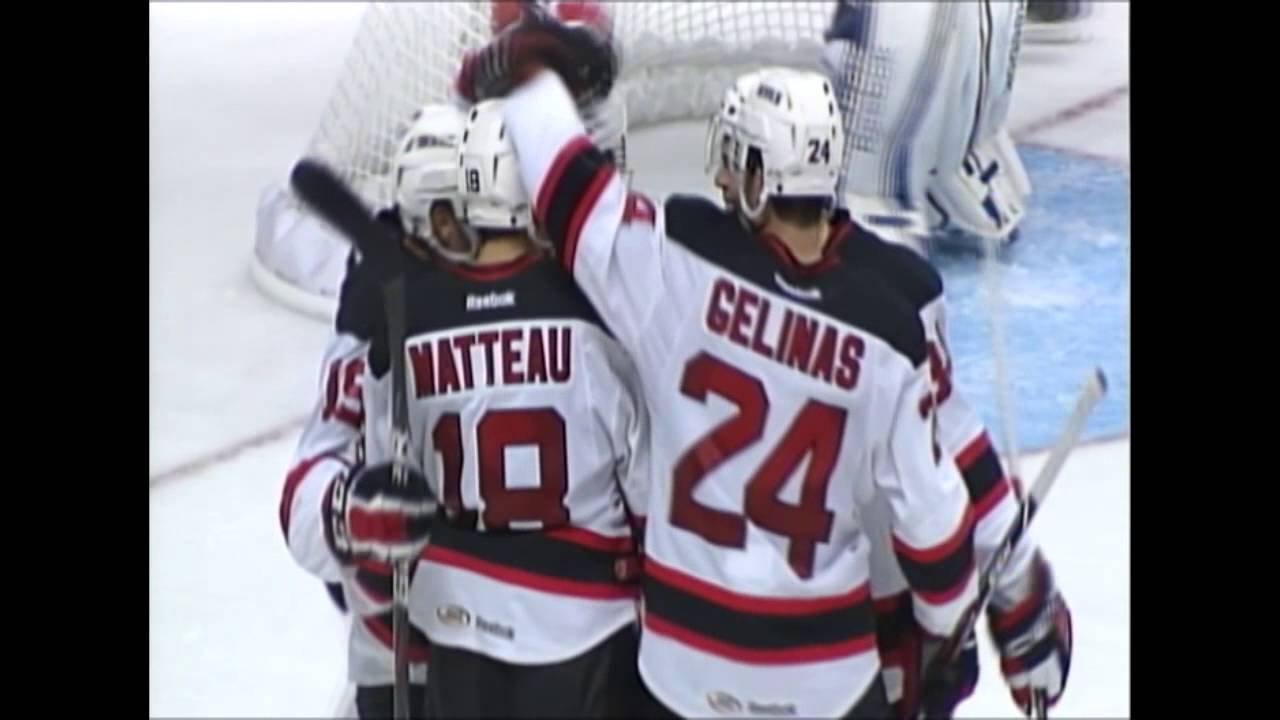 St. John’s has yet to win a game this season and dropped both of its games in regulation this weekend. The IceCaps fell by one goal to Hamilton in a 3-2 game on Friday, but they followed that up with a 6-3 loss over the Marlies.

Portland opened its 2013-14 season with a shootout loss to Manchester on Wednesday, getting two goals from Tobias Rieder despite the defeat. However, Saturday’s loss dealt a bigger blow, as the Pirates fell 5-2 against the Bruins. Brandon Gormley contributed two points.