Typically the Philadelphia Flyers and New Jersey Devils play a turnpike tussle.  When the Adirondack Phantoms and Albany Devils locked horns, it was a Northway knockout.  In this battle of I-87 rivals, home ice has been critical for both clubs.  Coming into this contest, since 2010 Albany is 10-4-2-2, while Adirondack is 11-3-3-1 on home ice.

In their last home game of October, Albany unleashed their frustrations on their rivals to the north.  The first period saw the Devils jump out to a 10-0 advantage on shots.

Albany got on the board early in the first.  Jacob Josefson on the doorstep, registered his fourth goal of the year, from Dan Kelly and Matt Anderson, beating Cal Heeter to take the 1-0 lead.

Then late in the first, Anderson sliding the puck off the pad of Heeter, gathered it back and put it into the net, doubling the Devils lead.  Josefson and Mike Hoeffel added helpers.

Shortly thereafter, Adirondack got on the ledger.  On a penalty shot, Zac Rinaldo bested goalie Jeff Frazee, for his second goal of the year, to cut the lead in half.

As the game progressed in the second, Albany got one back with a penalty shot of their own.  That’s when Adam Henrique beat Heeter for his second marker of the year, putting the Devils up 3-1.

During the third, Albany put the game out of reach.

Phil DiSimone, who had left to the locker room after blocking a shot earlier in the period, made an outstanding move, putting the puck between his legs and going around an Adirondack defender to light the lamp for his first of the season.  DiSimone was assisted by Adam Larsson and Steve Zalewski on the play.

Capping off the scoring for the Devils was Darcy Zajac, redirecting a shot from Larsson.  Tim Sestito also added a helper on the goal.

Albany also held Adirondack to 0-for-2 on the power play.  A big part of that was Frazee turning aside 23-of-24 Phantoms shots.  The victory was the first on home ice for Albany this season. 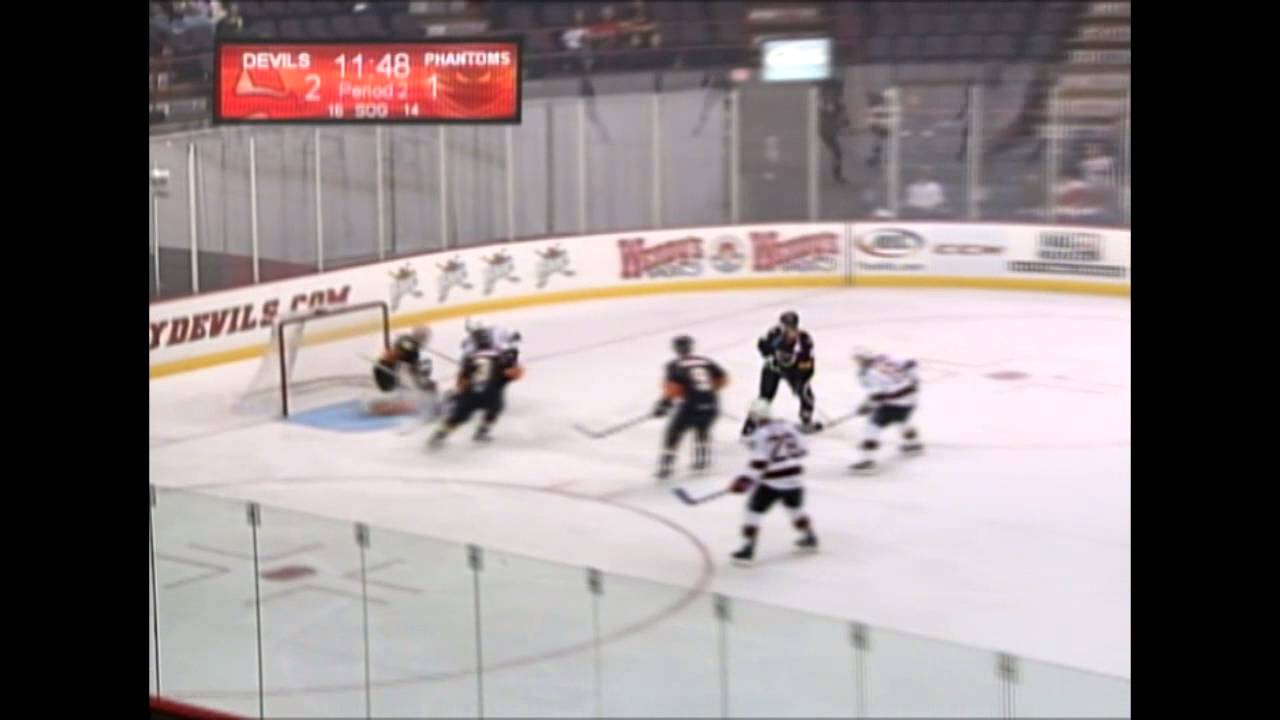