Team Europe enters the 2016 World Cup of Hockey as the unquestionable underdog. Out skilled and outgunned, most experts predict this motley group to finish last out of eight teams in the tournament.

What follows are the forward lines that made up Team Europe following their lackluster 4-0 loss to Team North America on Wednesday, September 7. Speaking of Team North America, check out Ryan Pike’s piece on what to expect from their forward group.

For full-time coverage of the WCH, check out the main page at THW.

By far the most productive and lethal of any of the four forward lines from their first pre-tournament game, this line will be relied upon to score often if Team Europe hopes to have any chance in this tournament. Led by team captain Anze Kopitar, Boedker and Zuccarello provide some speed on the wings to potentially put pressure on opposing defenses.

Mikkel Boedker sure can fly:

After signing with the San Jose Sharks in the offseason, Boedker has plenty of international experience playing for Denmark. With 52 games played, he most recently played for them at the World Championships in 2014.

Mats Zuccarello is coming off his most productive season in the big leagues with the New York Rangers, notching career highs in goals (26) and points (61). He has also played 48 games for Norway internationally.

Kopitar and Roman Josi are by far the best players on this team. Coming off his 2015-16 Frank J. Selke Trophy and Lady Byng Memorial Trophy campaign, Kopitar will have to be the human version of superman to lead this squad into the semi-finals. The two-time Stanley Cup champion may be capable, and at least Rob Vollman at NHL.com thinks he can do that. If that doesn’t work out, perhaps Kopitar could go try basketball with passes like these:

Jeff Blashill of the Detroit Red Wings will be happy with Ralph Krueger here. Perhaps trying to develop chemistry for the now Red Wing, Nielsen centers a line with Tomas Tatar and Marian Hossa. Although not providing much firepower in the opener, Nielsen and Hossa are two of the most respected two-way players in the game today and Tatar has the skill set to put the puck in the net consistently.

Chicago Blackhawks fans gasped as they read this tweet the other night:

Marian Hossa left the rink in a car to go in a QC hospital for x rays.

However, Aaron Ward eased any fears ‘Hawks fans may have had with this response:

Report is that Marian Hossa injury is not serious and that he has indicated to Ralph Krueger and the team staff that he will be fine.

Injury scare aside, Hossa has played in over 1,200 NHL and 80 international games for Slovakia. The three-time Cup champ and five-time all-star may still have a few clever tricks up his sleeve to help Team Europe in the tournament.

Tomas Tatar certainly has a flare for the spectacular: 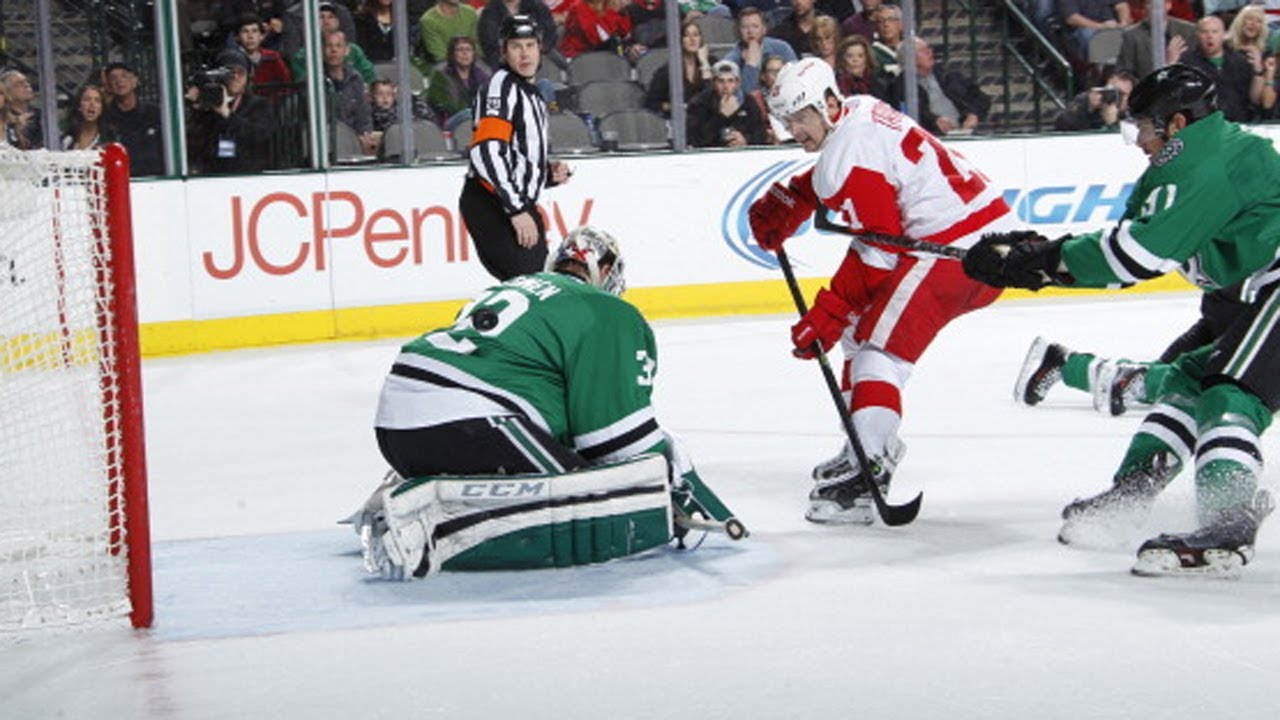 He can put up goals at the highest level, scoring at least 20 in the last two seasons. Team Europe will be counting on him to provide some more flare in the next two weeks.

Being the first Danish hockey player in the NHL is certainly something to be proud of, and Frans Nielsen has found a niche with the New York Islanders over the last several years. However, getting your own move named after you? How many players can say that? Shootout specialist aside, Nielsen is a well-rounded two-way player who will need more moves like his “Danish Backhand of Judgement” to help Team Europe advance.

A high draft pick trying to shake off the dreaded “bust” term, a rising superstar on the Oilers, and an aging former superstar make up Team Europe’s third line. On merit alone, two third overall and one fifth overall selection should have plenty of firepower to light the lamp this tournament.

Being the highest drafted player from Switzerland in league history (fifth overall), Nino Niederreiter comes into the WCH still trying to establish himself as a worthy recipient of being selected in the top ten. After being traded to the Minnesota Wild from the Islanders, Niederreiter has finally seemed to have found a home with the Wild, tallying at least 20 goals in each of the last two seasons. The 6’2,” 202 pound Niederreiter will be hoping to knock some people around and chip in a few goals to help his team this tourney.

Leon Draisaitl is also donning a fantastic nickname. The “Deutschland Dangler” came off an impressive 51-point campaign with the Oilers this past season. Son of former German hockey star Peter Draisaitl, Oilers fans will be hoping Draisaitl will continue to develop his game in the upcoming tourney with the summer departure of Taylor Hall.

Manning the right wing on the third line, the seven-time 30 goal scorer Marian Gaborik is hoping the injury bug doesn’t bite him once more this upcoming tournament and season. The talent is still there, as witnessed by his 14 goals in helping the Los Angeles Kings land their second Stanley Cup in 2014. However, at the age of 34 and coming off a 54-game season, this would be the perfect opportunity for Gaborik to find his scoring touch to help both Team Europe and the Kings.

If this was an NHL team’s fourth line, the head coach would be absolutely delighted. Unfortunately for Team Europe and Ralph Krueger, they are going up against teams who can afford to make Corey Perry a healthy scratch.

Tobias Rieder has been good, not great, for the Arizona Coyotes over the last two seasons after being selected 114th overall by the Oilers in 2011. However, with recent moves made during the off-season by the Coyotes and no contract to play for, Rieder may be traded before NHL action starts in October. The German does bring 41 games of international experience under his belt, most recently being involved in the 2014 World Championships.

Pierre-Edouard Bellemare should feel comfortable in his role as it is the same as with the Philadelphia Flyers, fourth line center. Known more for his physical play than goal scoring abilities, Bellemare will need to bring plenty of punch against much better competition.

Jannik Hansen rounds out the fourth line but should see much more action with the penalty killing unit. Canucks fans believe Hansen is a perfect player for Team Europe, and it’s hard to argue their logic. This team needs plenty of strong, two-way skaters and Hansen fits that bill. Hansen has also increased his goals scored for the Canucks the last four consecutive years and will look to continue that trend.

Probably one of the more frustrating players in the NHL, Thomas Vanek is out to prove he still has that magical goal-scoring touch. Although not playing in the first pre-tournament game, Vanek should see significant action when the games start to mean something. Having seen his production drop significantly the last three seasons, the Austrian will be hoping for a good tournament before he begins anew with the Red Wings.

For Team Europe, this would be an excellent NHL team. Unfortunately, the talent here is not enough to match the likes of Canada, USA, and even the Czech Republic. Stay tuned for a preview on Team Europe’s defense.