John Chayka was named the eighth general manager in the history of the Winnipeg Jets/Arizona Coyotes on Thursday. His appointment to the position makes him the youngest GM in pro sports history. Born in June, 1989, he’ll be 27 in June and was born just two months prior to Gord Stellick’s resignation as GM of the Maple Leafs. Stellick, 31 at the time, was previously the youngest GM in NHL history, until Thursday’s announcement in Glendale. A virtual unknown a year ago when he was named the team’s assistant GM, Chayka remains a mystery to the average hockey fan. 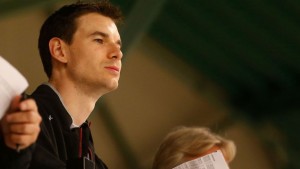 How young and unknown is he? His Wikipedia page (you know, stuff that matters these days) is just 97 words long–and that includes his name and title in the first of two paragraphs. In fact, I’ll just paste the text from his page here:

The former analytics-wiz was called “among the best and brightest minds in hockey” by Coyotes’ President, CEO and Co-Owner, Anthony LeBlanc on Thursday. So, the astonishment in his age shouldn’t matter a whole lot, but of course it does. Especially in a sport and culture that remains very much ‘an old boys’ club,’ Chayka has become the exception. The same way the Toronto Maple Leafs stunned the hockey world with the appointment of Kyle Dubas as assistant GM last year. Dubas, 29-going-on-30, appears to be on the path to becoming an NHL general manager as well–perhaps the successor to Lou Lamoriello when his three-year contract expires.

I don’t have any problem with a 26-year-old running a major sports franchise. Yes, I’ll be 26 this summer and this is a sobering reminder that I have yet to find full-time employment, but at the real root of it all–it offers hope. I presume much of my readership consists of hardcore hockey fans who would leave their real jobs for a chance to run a sports team in a second. But it’s always seemed unlikely. While that probably is still the case, here’s some hope. At 26, Chayka is 13 years younger than captain Shane Doan. And, he’s just two years older than leading point-getter Oliver Ekman-Larsson. In fact, if Chayka was in the NHL, he might not even be eligible for unrestricted free agency.

But instead, he’s a general manager in a league that has been criticized as close-minded, resistant to change and alienating to its fans. I’m not saying those criticisms are entirely fair, nor am I suggesting the hiring of one millennial GM would erase them, either.

Like Dubas in Toronto though, Chayka will have the chance to put his fingerprints on a young core, and prove that this trend should continue. He’ll be faced with some of the same challenges his predecessor, Don Maloney had for six seasons, which should make the tracking of his work all the more interesting. Success will surely open the door to what can almost certainly be deemed the ‘road less traveled’ to make it in the NHL front office hierarchy.

Hockey by its own nature will always remain partly rooted in its closed-group mentality. Ex-NHLer’s have and will continue to find spots in front offices–and in many cases they’ve done very well. But the doors might start to slowly open to a new group of competence and ideas.