The 2016 portion of the NHL season has come to a close, and left us with many surprises.

The Columbus Blue Jackets are far and away the best team in the NHL, the Montreal Canadians have re-emerged into a legitimate Stanley Cup contender, and the Toronto Maple Leafs have a real shot at making the playoffs for the first time since 2013.

Led by three skaters 20 years old or younger, Toronto currently sits four points behind the Philadelphia Flyers for the final wild card spot — as well as three points behind the Boston Bruins in the Atlantic Division.

Despite being outside the playoff picture, the Maple Leafs’ analytics reveal if they play at their current pace they should find themselves in the playoffs come April, as evidenced by their numbers on the season thus far and the month of December. 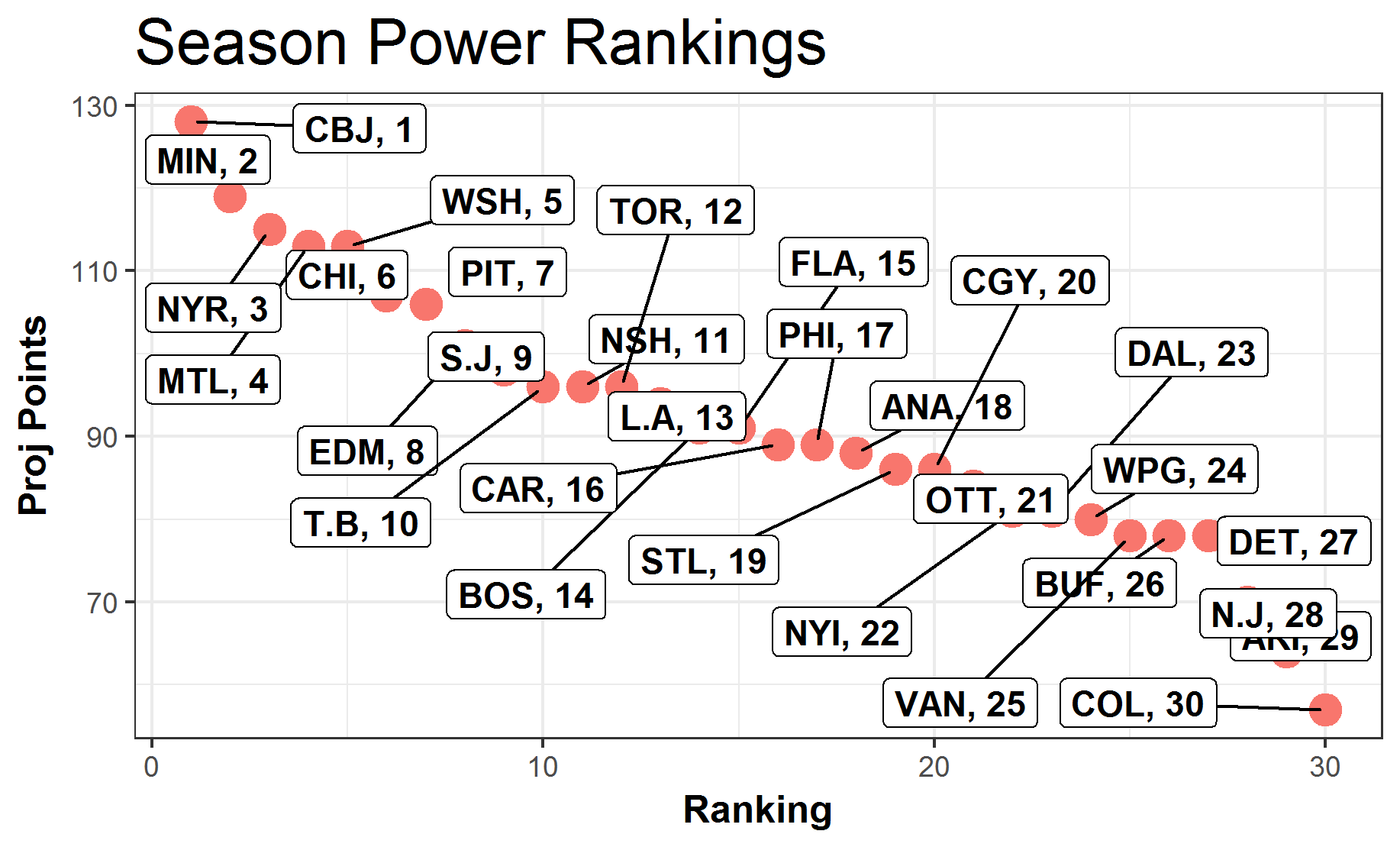 Season power rankings are calculated solely based upon each team’s CF% and PDO. So far, the Columbus Blue Jackets maintain the #1 spot in the analytics rankings with an astronomically high PDO of 104.63. The Minnesota Wild, New York Rangers, Montreal Canadians and Washington Capitals round out the top five. Each team has a PDO of at least 101.5 through the end of December. 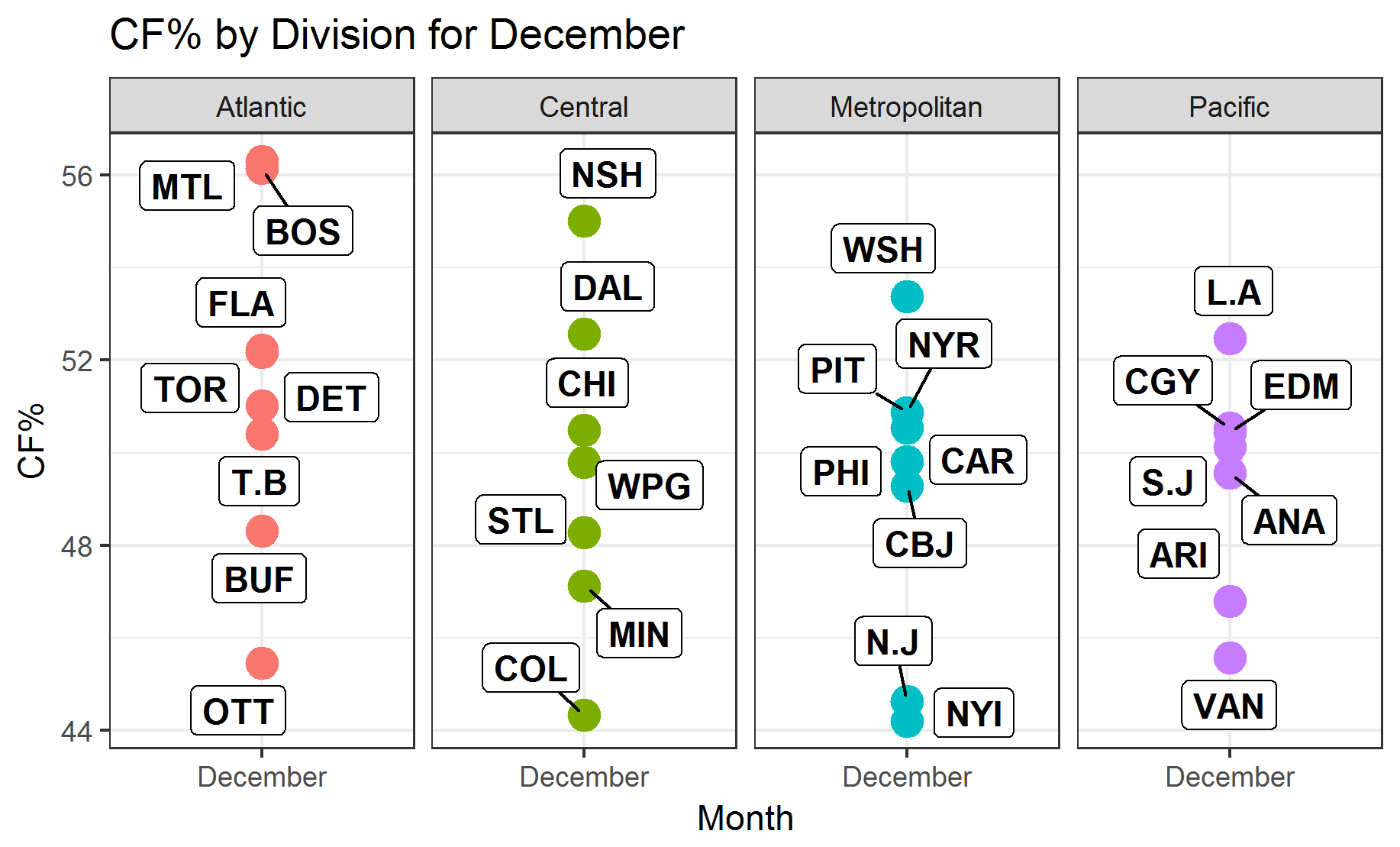 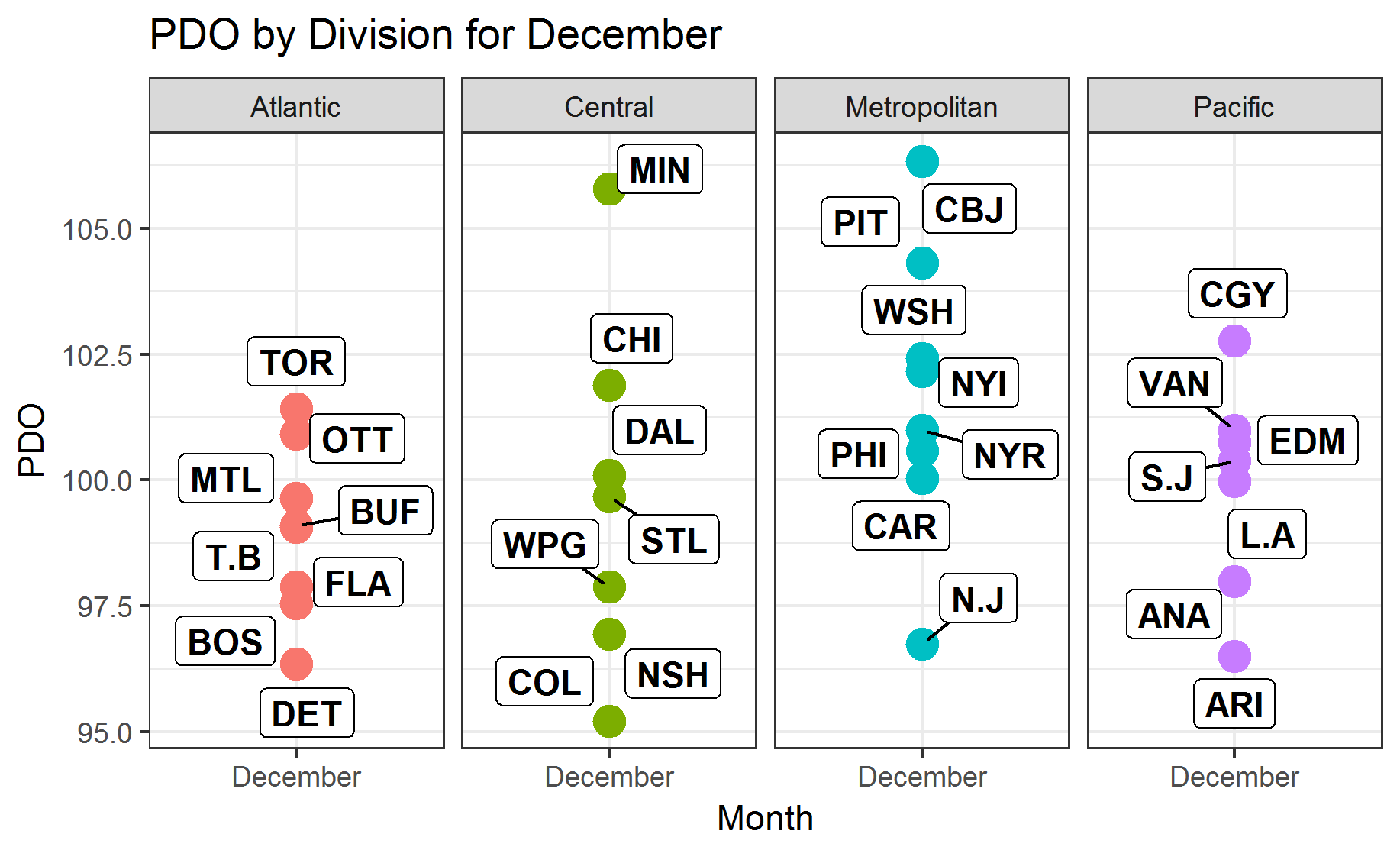 To give an idea of how astounding Columbus’s play has been — if the Blue Jackets played at this pace for all 82 games, they would be projected to finish the season with 142 points. The record for points is 132 set by the Detroit Red Wings in the 1995-1996 season. 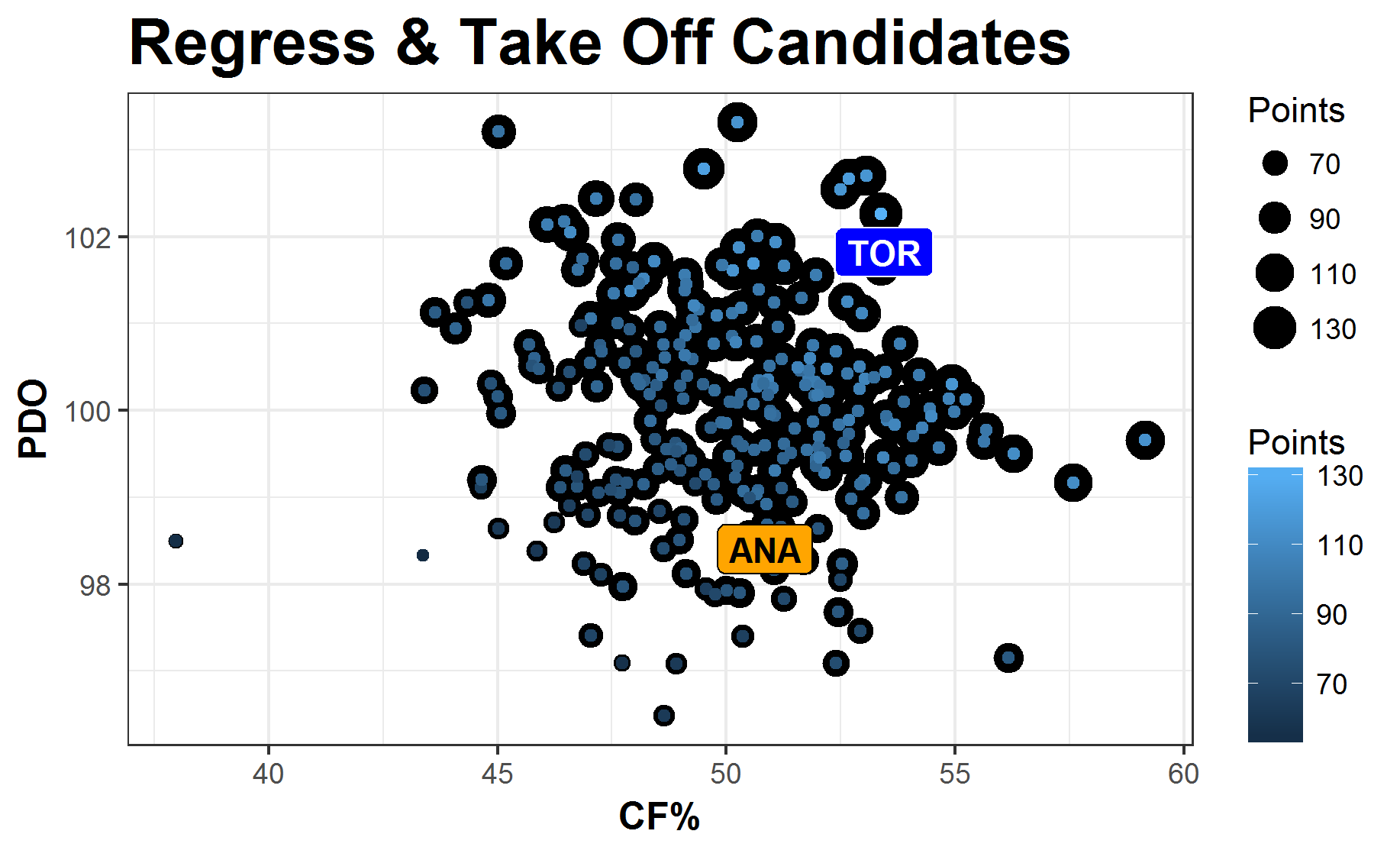 As mentioned earlier, the Toronto Maple Leafs are poised to make a playoff push if they can maintain their current pace.

For December, Toronto had impressive PDO and CF% numbers of 101.47 and 52.17 respectively. For the season they sit at a PDO of 100.34 and CF% of 50.41. These numbers mean that throughout the season Toronto has played relatively well — at a pace which could land them with roughly 96 points by the end of the season. The two teams Toronto is currently chasing, Boston and Philadelphia, are projected to finish the season with 93 and 92 points respectively.

Nineteen-year-olds Auston Matthews and Mitch Marner, as well as 20-year-old William Nylander, accounted for 35.7% of the team’s point production through 36 games. This young trio has been impressive and should continue to improve as the season progresses.

Last month’s candidates to regress were the Ottawa Senators and St. Louis Blues. Both teams sat tied for 4th in the NHL in points through the end of November, but their analytics showed their pace couldn’t be upheld. Fast forward a month and St.Louis sits at 10th in the NHL, while Ottawa sits at 13th. Neither team necessarily saw their wheels fall off, but both teams regressed.

This month’s candidate to regress is the Anaheim Ducks.

At that pace, Anaheim is projected to make the playoffs with 93 points but would lose 2nd place in the Pacific Division to the Edmonton Oilers. The Ducks shouldn’t be complacent, as the Los Angeles Kings are projected to finish two points behind them in the final standings. The Kings could see this projection improve when star goaltender Jonathan Quick returns from injury later this season.

Write to codyreiff@email.com. All data in this article is courtesy of Corsica Hockey.